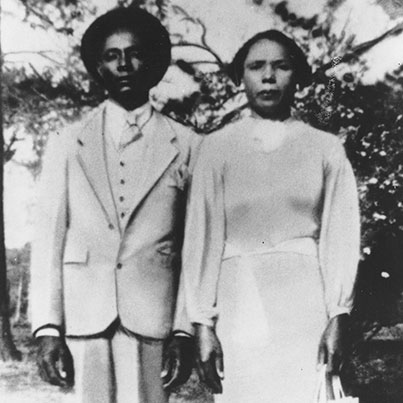 At age 50, Herbert Lee was a small, graying man who had worked hard to build his Mississippi cotton farm and dairy into a business that would support his wife and their nine children. He had little formal education and could barely read. His wife taught him how to sign his name after they were married.

Lee was a quiet man. Even those who knew him well do not recall hearing him talk about civil rights. But his actions spoke: He attended NAACP meetings at a neighboring farm without fail, even when threats and harassment kept many others away.

Lee’s perseverance was one thing that made him valuable to the civil rights movement. Another was his automobile: He was one of the few local African Americans with a car of his own. When Bob Moses of the Student Nonviolent Coordinating Committee came to Mississippi in 1961 to register black voters, Lee was his constant companion.

Lee spent hours driving Moses and the local NAACP president from farm to farm so they could talk about voting. In all of Amite County, there was only one black person registered to vote, and that person had never actually voted.

On the morning of Sept. 25, 1961, Lee pulled up to a cotton gin outside Liberty with a truckload of cotton. Several people watched as Mississippi state Rep. E.H. Hurst approached Lee and began to shout. Lee got out of the truck, and Hurst ran around in front of the vehicle. Hurst then took a gun out of his shirt and shot Lee in the head. The legislator claimed self-defense and was never arrested.

Louis Allen, a black farmer and timber worker who had seen the shooting, was later gunned down in his driveway on Jan. 31, 1964 – the day before he was to move to the North. No one was arrested for his murder.