The Southern Poverty Law Center today urged the Department of Homeland Security (DHS) to reassess the resources it devotes to investigating non-Islamic domestic extremism. The request came as the SPLC published an interview with a former top DHS analyst who charged that the department effectively dismantled the unit he once headed following the political right’s unjustified criticism of a 2009 report on right-wing terrorism.

The Southern Poverty Law Center this week urged the Department of Homeland Security (DHS) to reassess the resources it devotes to investigating non-Islamic domestic extremism. The request came as the SPLC published an interview with a former top DHS analyst who charged that the department effectively dismantled the unit he once headed following the political right’s unjustified criticism of a 2009 report on right-wing terrorism.

"The department’s work should never be compromised by misguided criticism from any quarter," SPLC President Richard Cohen wrote in a letter sent this week to DHS Secretary Janet Napolitano.

The report was intended only for distribution to law enforcement agencies. But after it was leaked to the media, a firestorm erupted among conservative commentators who wrongly claimed it equated conservatives with terrorists. Within days, Napolitano had disowned it. 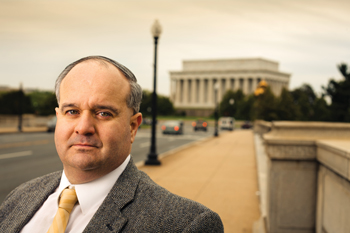 Johnson, who was interviewed for the upcoming summer issue of the SPLC’s Intelligence Report, said that following the controversy, the DHS dismantled the intelligence team that studied the threat from right-wing extremists and that the department no longer produces its own analytical reports on that subject. When the 2009 report was written, there were six analysts in the unit, including Johnson. Today, he said, there is one.

"DHS stopped all of our work and instituted restrictive policies," said Johnson, who has since left the department. "Eventually, they ended up gutting my unit. All of this happened within six to nine months after the furor over the report. Since our report was leaked, DHS has not released a single report of its own on this topic. Not anything dealing with non-Islamic domestic extremism – whether it’s anti-abortion extremists, white supremacists, 'sovereign citizens,' eco-terrorists, the whole gamut."

In its letter to the DHS, the SPLC cited a number of murders and terrorist acts committed by right-wing extremists since the report was issued: the murder of Dr. George Tiller by an anti-abortion zealot in May 2009; the shooting of a guard at the U.S. Holocaust Memorial Museum by a neo-Nazi in June 2009; the March 2010 arrest of Michigan militia members for plotting to attack police officers and wage war against the government; the murder of two Arkansas police officers by "sovereign citizen" extremists in May 2010; the arrest of a neo-Nazi in the January attempted bombing of a Martin Luther King Day parade in Spokane, Wash.; the January arrest of another neo-Nazi who was heading to the Arizona-Mexico border and later charged with possessing explosive devices packed with ball bearings; and the arrests in March of members of an Alaska militia for conspiring to murder law enforcement officers and a judge.

To learn about more terrorist acts, read the SPLC's comprehensive list of domestic terrorist plots and serious incidents since the 1995 Oklahoma City bombing.

"What worries me is the fact that our country is under attack from within, from our own radical citizenry," Johnson said in the SPLC interview. "My greatest fear is that domestic extremists in this country will somehow become emboldened to the point of carrying out a mass-casualty attack, because they perceive that no one is being vigilant about the threat from within. That is what keeps me up at night."

"The fact is, the DHS report accurately predicted the sort of radical-right terrorism that we’re now seeing across the country," Potok said. "It’s troubling that the leadership of the Department of Homeland Security would bow to unfounded criticism from the political right."