The Southern Poverty Law Center announced today that Alabama’s Jefferson County Board of Education abolished its unlawful policy banning male students from wearing earrings – a policy that discriminated on the basis of sex and violated students’ free-speech rights.

The Southern Poverty Law Center announced today that Alabama’s Jefferson County Board of Education abolished its unlawful policy banning male students from wearing earrings – a policy that discriminated on the basis of sex and violated students’ free-speech rights.

The school board voted this morning during a special school board meeting to repeal the policy and uphold students’ rights. It also confirmed in writing to the SPLC that “the change will be included in the 2012-2013 Code of Student Conduct.”

The vote comes after the SPLC sent a letter to the board on April 25 on behalf of Hueytown High School student Hunter Mahaffey. Hunter was forced by school officials to remove his simple stud earrings the first school day after he had his ears pierced, citing a district-wide policy that “ear jewelry may be worn by females only.”

“This is about more than an ability to wear an item of jewelry,” said Sam Wolfe, attorney with the SPLC. “By lifting this ban, the district has taken a step away from perpetuating harmful gender stereotypes that to be acceptable, males must look and act a specific way. Federal law protects students’ right to be free from unwarranted sex discrimination, including in dress codes.”

The letter was prompted after Hunter contacted the SPLC. The SPLC sent a letter four months ago to the school board requesting resolution of the dispute. Through its attorney, the school board initially replied it was satisfied with its policy and declined to repeal it. After further negotiation, district authorities agreed to examine the policy, leading to its repeal today. 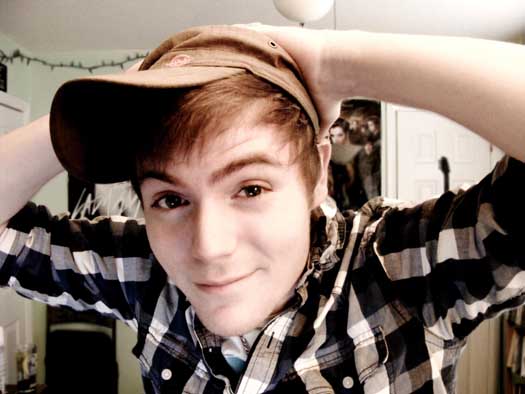 “I’m really happy to get my ears pierced again and keep them pierced this time,” Hunter said. “I felt discriminated against when the school made me remove my earrings just because I’m a guy. It’s a relief that the school board made the right decision by lifting the ban. Now students have more freedom and equality.”

The policy violated the Equal Protection Clause of the U.S. Constitution because it discriminated on the basis of sex, lacked any exceedingly persuasive justification, and rested on an archaic sex stereotype that earrings are appropriate only for females.

The repealed policy also violated Title IX of the Education Amendments of 1972, which protects against sex discrimination at school. The earring ban also violated students’ freedom of expression.

Attorneys on the case include Wolfe and Christine Sun for the SPLC and Sam Griffin of King & Spalding.

The SPLC is dedicated to defending the rights of students who defy gender stereotypes and is working to ensure a safe and respectful learning environment for all students through educational campaigns and legal action.