The man who allegedly murdered six people at a Sikh temple in suburban Milwaukee yesterday, identified in media reports as Wade Michael Page, was a frustrated neo-Nazi who had been the leader of a racist white-power band.

Label56, the record label that distributed albums by Wade Michael Page's band End Apathy, released a statement Monday afternoon –– one day after Page killed six Sikhs in Wisconsin –– attempting to distance itself from the terrorist attack.

"We have worked hard over the years to promote a positive image and have posted many articles encouraging people to take a positive path in life," the statement says. "[W]e have never sought attention by using ‘shock value'/ symbols and ideology that are generally labeled as such. With that being said, all images and products related to End Apathy have been removed from our site."

The Southern Poverty Law Center has listed Label56.com as a hate site since 2006 due to its active promotion and distribution of racist hate music. And while the label might have stopped selling End Apathy's albums, it continues to offer such hate rock bands as Stormtroop 16, Children of the Reich, Total War and Bound for Glory.

Wade Michael Page was a member of two racist skinhead bands –– End Apathy and Definite Hate, a band whose album "Violent Victory" featured a gruesome drawing of a disembodied white arm punching a black man in the face. In the drawing, the fist is tattooed with the letters "HFFH," the acronym for the phrase "Hammerskins Forever, Forever Hammerskins."

The Hammerskins are a nationwide skinhead organization with regional factions and chapters that once dominated the racist skinhead movement in the United States.

Both of Page's bands played with a revolving lineup of musicians, and their music was at one time featured on the Hammerskin Nation record label. In 2010, Page and his band mates –– including Brent Rackley, a member of a Confederate Hammerskins chapter in North Carolina –– played at a racist music festival called Independent Artist Uprise in Baltimore. Other bands featured at the show were Blue Eyed Devils and Max Resist, both influential mainstays on the hate music scene. 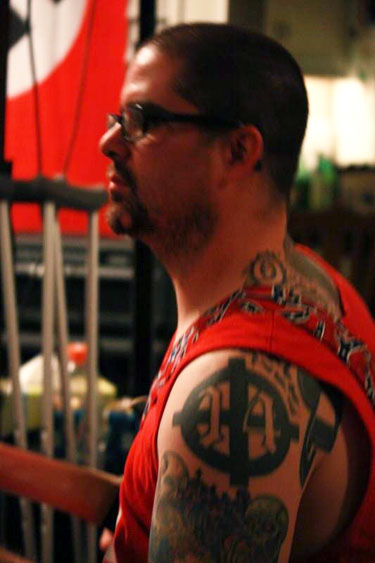 The man who allegedly murdered six people at a Sikh temple in suburban Milwaukee yesterday, identified in media reports as Wade Michael Page, was a frustrated neo-Nazi who had been the leader of a racist white-power band.

In 2010, Page, then the leader of the band End Apathy, gave an interview to the white supremacist website Label 56. He said that when he started the band in 2005, its name reflected his wish to "figure out how to end people's apathetic ways" and start "moving forward." "I was willing to point out some of my faults on how I was holding myself back," Page said. Later, he added, "The inspiration was based on frustration that we have the potential to accomplish so much more as individuals and a society in whole." He did not discuss violence in the interview.

Page told the website that he had been a part of the white power music scene since 2000, when he left his native Colorado on a motorcycle. He attended white power concerts in Georgia, North Carolina, West Virginia and Colorado. At various times, he said, he also played in the hate rock bands Youngland (2001-2003), Celtic Warrior, Radikahl, Max Resist, Intimidation One, Aggressive Force and Blue Eyed Devils. End Apathy, he said, included "Brent" on bass and "Ozzie" on drums; the men were former members of Definite Hate and another band, 13 Knots. 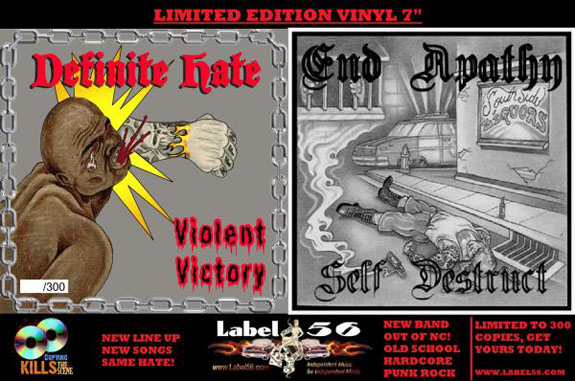 In 2000, the Southern Poverty Law Center has found that Page also attempted to purchase goods from the neo-Nazi National Alliance, then America's most important hate group.