The Mississippi Agriculture & Forestry Museum and the state’s attorney general have recognized the right of same-sex couples to hold commitment ceremonies at the museum after the Southern Poverty Law Center demanded the facility end its unlawful policy of refusing to rent the facilities to same-sex couples for such an event.

The Mississippi Agriculture & Forestry Museum and the state’s attorney general have recognized the right of same-sex couples to hold commitment ceremonies at the museum after the Southern Poverty Law Center demanded the facility end its unlawful policy of refusing to rent the facilities to same-sex couples for such an event.

The response comes after the SPLC sent a letter on behalf of Ceara Sturgis and her same-sex partner, Emily Key, to the museum and the Mississippi attorney general last month. The couple wants to hold their commitment ceremony at the museum this fall but was aware the museum has previously refused to rent its facilities for commitment ceremonies.

The SPLC letter demanded the museum rescind the unlawful policy or face a federal lawsuit. The museum in Jackson and the state attorney general both recognized today that there is no bar to gay couples who wish to rent the facilities for such an event. 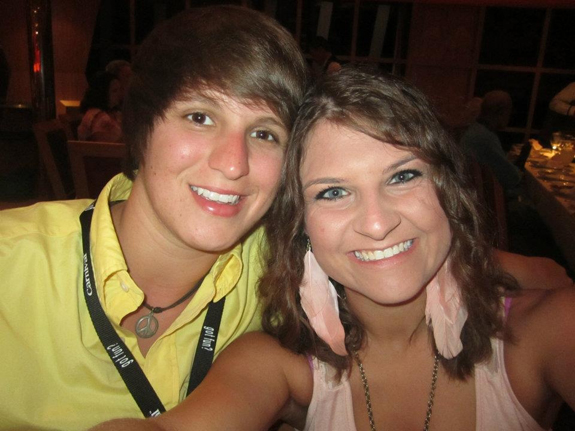 Ceara Sturgis and her partner, Emily

“Our clients are happy that they will have the opportunity to express their love for one another in front of their family and friends,” said Elissa Johnson, a staff attorney for the SPLC. “We are pleased that the museum has reversed its unfair and illegal policy, and affirmed that gay couples will be treated the same as heterosexual couples.”

Sturgis and her mother, Veronica Rodriguez, are both from Jackson and plan to hold the ceremony at the museum’s Masonic Hall in the fall so that family and friends in the area may attend.

“Emily and I are happy that we will be able to have our commitment ceremony in our ideal place,” said Sturgis. “This victory for us will also pave the way for other same-sex couples who want to hold ceremonies at the museum.”

The museum is owned and operated by the state. To support its exclusionary policy, the museum cited a 2009 letter from state Attorney General Jim Hood expressing his opinion that the museum could restrict use of its property to events that are “legal” under state law, and therefore could “prohibit same gender marriages on museum property.”

The letter also noted that the policy violated the Equal Protection Clause of the U.S. Constitution because, under the 14th Amendment, a state may not single out a class of citizens for different treatment without a valid state interest. A commitment ceremony or same-sex wedding ceremony does not require the state to recognize or endorse the committed same-sex couple as a married couple.

“I am thrilled that my daughter will have the ceremony she has dreamed of and that she and Emily will be able to share the day with our friends and family,” said Rodriguez. “I am glad the museum and the state understand that allowing same-sex couples the opportunity to hold a ceremony in a public place is only fair, and is the right thing to do.”

Ceara and Emily would like to share this victory and their special day with the Jackson LGBT community and their allies. Those who would like to celebrate with them should send a request to Ashley Jackson at ashley.jackson@splcenter.org.

Other attorneys involved in securing the victory for Ceara and Emily include Jody E. Owens, II, and Christine P. Sun of the SPLC, and Alysson Mills of Fishman Haygood Phelps Walmsley Willis & Swanson, L.L.P. in New Orleans.