A star high school student discovered that a discriminatory anti-immigrant policy would derail his college dreams. But with the SPLC’s intervention, his plans are back on track.

The South Carolina teen was one of the top students in his class at Saluda High School near Columbia. He was president of the student body and co-captain of the varsity soccer team. He also qualified for the Gamecock Guarantee, a financial aid program for state residents that would cover his tuition at the University of South Carolina.

Everything seemed to be lining up. He would become the first member of his family to attend college.

Then Joel received news that would derail everything. The University of South Carolina classified him as an out-of-state student – a decision that would not only cost him his financial aid but force him to pay three times the tuition charged to state residents.

“At first, it was a big shock,” he said. “It was basically, we get in-state tuition or we can’t go to college.”

Joel, 18, was born and raised in South Carolina, but since he couldn’t verify his parent’s immigration status, he wasn’t considered a South Carolinian. Another college where Joel applied, the College of Charleston, reached the same decision. College was suddenly out of reach.

Joel’s story isn’t unique. Many other students have seen the opportunity for a college education pushed out of reach by anti-immigrant policies that needlessly penalize them for issues beyond their control. The SPLC has helped students like Joel successfully fight these decisions and get their college plans back on track. One of its cases set a legal precedent that can help countless others in the future.

In Joel’s case, the University of South Carolina reversed its decision in May after the SPLC threatened to sue on Joel's behalf.  The SPLC’s letter to the university cited a recent SPLC case in which a federal judge blocked a policy in Florida that forced U.S. citizens living in the state to pay out-of-state tuition if unable to prove their parents’ immigration status. 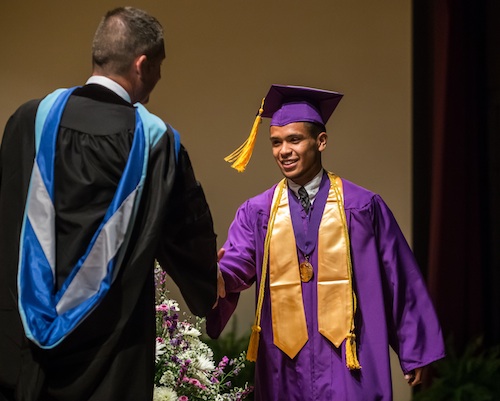 “Joel simply could not have gone to college if he had been classified as an out-of-state student,” said Michelle Lapointe, an SPLC staff attorney. “It was so clear that he is a South Carolina resident and an excellent student as well. That’s why these cases are so important. It’s also a victory for other students who will benefit from the precedents we’re setting.”

The SPLC also helped an Alabama student whose college plans were threatened by the state’s discriminatory anti-immigrant law, known as HB 56. Kevin Gonzalez Garcia, a senior at Fultondale High School in suburban Birmingham, was ineligible for enrollment at the University of Alabama at Huntsville due to the state law prohibiting those “not lawfully present” in the state from enrolling at a public college or university.

Under President Obama’s Deferred Action for Childhood Arrivals (DACA) program, the federal government allows students like Kevin, who was brought to the United States from Mexico when he was about 2 years old, to live and work in the country legally. The federal government has made clear that DACA recipients are "lawfully present" in the United States.

But the state attempted to create its own interpretation of federal immigration law.
“I was in shock,” said Kevin, 17. “It was really depressing to have that happen.”

The teen had built an impressive academic career, achieving a 4.1 GPA in high school and securing a college scholarship. He’s an active member of his high school’s science Olympiad team, a fact that’s apparent from the numerous Olympiad ribbons on display in his room. He even keeps a binder full of report cards and certificates dating back to elementary school.

The University of Alabama at Huntsville reversed the decision after the SPLC warned it could face a lawsuit. In a letter to the university, the SPLC emphasized that because the federal government considers DACA recipients to be lawfully present, the Alabama law barring those not “lawfully present” from attending public colleges and universities does not apply to Kevin and others in his situation.

“It felt great to know that people are looking out for my interests,” he said.
Kevin ultimately decided to attend the University of New Orleans, where he has a full scholarship, but he recognizes that his experience in Alabama may prevent other students from experiencing the same ordeal.

“Kevin helped open up a lot of doors for students,” Lapointe said.