In its decision to gut key provisions of the Voting Rights Act, the U.S. Supreme Court brushed aside the considered judgment of a nearly unanimous Congress and opened the door to new forms of discrimination against minority voters. 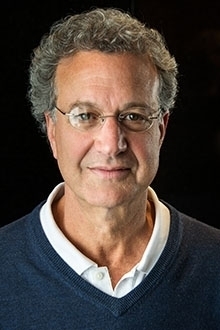 From my office at the Southern Poverty Law Center, I can see the route where thousands marched from Selma to Montgomery in 1965 in support of the right to vote. Today, the Supreme Court basically said that the country should reverse its course.

In its decision to gut key provisions of the Voting Rights Act, the court brushed aside the considered judgment of a nearly unanimous Congress and opened the door to new forms of discrimination against minority voters.

After compiling an extensive legislative record, the House passed a bill in 2007 reauthorizing the preclearance provisions of the Voting Right Act by a vote of 390 to 33. In the Senate, the vote was even more lopsided – 98 to 0. Today, by a narrow 5-to-4 vote, the Supreme Court has said that Congress has to start over.

Chief Justice Roberts, writing for the activist wing of the court, said that the formula in the Voting Rights Act used to identify jurisdictions like Alabama and Mississippi for added voter protections was no longer “justified by current needs.”

The facts tell a different story.

In the history of voting in Alabama, not a single black candidate has been able to defeat a white incumbent or win an open seat in a statewide race. Black office holders in Alabama are confined almost exclusively to minority districts because voting in the state is still highly polarized along racial lines. This polarization distorts the political process and gives the majority the very ability to dominate the minority that the Voting Rights Act was designed to address.

And yes, places like Alabama in the Deep South are different. Again, the facts tell the story.  While 40 percent of the white voting public cast their ballots for a black president nationwide, only 15 percent of white voters did so in Alabama. And as Justice Ginsburg pointed out in her dissent, there are still Alabama legislators who talk openly about suppressing the black vote and refer to black voters as “aborigines.” Freed by the Supreme Court from the protections for minority voters that Congress envisioned, one can only imagine what these kinds of legislators will think of next.

At the conclusion of the great Selma-to-Montgomery voting rights march, Dr. King said that it would not be long before the era of discrimination in voting would be behind us. After today’s decision, the path will be much longer and tortuous. But we must not be discouraged or give up. The dream is still worth fighting for.