SPLC client Chelsea Hughes, a lesbian mother, tells her story of fighting for visitation rights in Alabama, a state that refuses to recognize same-sex marriages and where LGBT parental rights are far from assured. 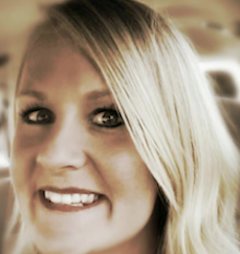 When my former husband moved to Alabama from Washington in 2010, he put more than 2,000 miles between me and our four young children – a distance too far for any mother to bear.

I would soon find myself in Alabama, struggling to see my children as my former husband kept them away from me simply because I’m a lesbian. It’s an ordeal that far too many LGBT parents face in a country where our parental rights can evaporate when we cross a state line. And though my experience has a happy ending, too often that is not the case for LGBT parents.

When my marriage ended, we both agreed to a parenting plan in Seattle and moved on to new relationships. It seemed as if things would be all right. Things changed when my former husband, who is in the military, was transferred to Alabama, a state that refuses to recognize same-sex marriages and where LGBT parental rights are far from assured. Nevertheless, I boxed up my life and drove south to Mobile, Ala., to be near my children.

Without any justification, my ex-husband prevented me from seeing the kids for weeks and months at a time. When he allowed me to see my children, he brought police officers in squad cars with him, as if being a lesbian is a crime. It not only upset the children, it seemed to underscore the verses he highlighted in the children’s Bible – verses used to support the misguided notion that God disapproves of their mother and who she loves.

After weeks of my ex-husband’s refusal to let me see my children, I went to their school determined to see them. After all, it was my visitation day under the parenting plan I had agreed to in Washington. But his new wife appeared at the school. Police were summoned. There was a scene where she accused me of trying to take her kids. In the end, the school refused to recognize my parenting order from Washington. With tears in their eyes, the kids left with their stepmother.

I contacted the Southern Poverty Law Center, which thankfully accepted my case.  Recently, I received the best news a mother in my position could receive: A family court judge granted standard visitation rights to me.

Even more remarkable, it was one of the few known instances of an Alabama family court approving standard visitation for avowedly lesbian or gay parents without an archaic restriction that bans overnight visitation when an unmarried partner is present.

These provisions are often used, in Alabama and elsewhere in the South, to drive a wedge between LGBT parents and their children. Even when an LGBT parent has a same-sex marriage recognized in another state, these provisions can bar overnight visitation in states that don’t recognize such marriages. These so-called “morality” or “paramour” clauses can be a burden for unmarried heterosexual couples as well.

I consider myself fortunate. The settlement agreement with my ex-husband was approved by an Alabama judge who did not include such a clause. Unfortunately, settlement agreements under court approval have little weight as legal precedent. Other LGBT parents may not be so lucky.

I also still live in a state where the chief justice wrote in 2002 that gay parents were “presumptively unfit to have custody of minor children under the established laws of this state.” In a country where so many politicians espouse “family values” and the importance of parents in a child’s life, it’s remarkable how quickly those beliefs go out the window when there’s an opportunity to shame and bully an LGBT person.

An estimated 650,000 same-sex couples live in the United States, and 19 percent of same-sex couple households have minor children. There are many LGBT parents in Alabama and throughout the Southeast. They should not be forced to choose between their children and their partners. Also, studies repeatedly show that children of lesbian and gay parents do just as well or sometimes better than others.

The favorable outcome of my visitation rights case was right and fair. Even in a state that sustains anti-gay policies, this ruling is a ray of hope for equality for LGBT parents in Alabama. It should serve as a model for family courts across the South that have too often mistreated LGBT parents. We deserve the same respect as other parents. And children deserve loving, supportive parents in their lives – even when mom or dad is LGBT.

(Chelsea Hughes is an SPLC client.)