Eighteen days after Martin Luther King Jr. gave his world-changing “I Have a Dream” speech at the conclusion of the 1963 March on Washington for Jobs and Freedom, stark, unadulterated evil came to Birmingham, Ala. 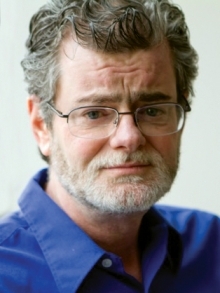 Eighteen days after Martin Luther King Jr. gave his world-changing “I Have a Dream” speech at the conclusion of the 1963 March on Washington for Jobs and Freedom, stark, unadulterated evil came to Birmingham, Ala.

Four little black girls, straightening up the fancy white dresses they had just put on to serve as choir singers and ushers for Sunday services at the Sixteenth Street Baptist Church, were suddenly hit with the blast of a dynamite bomb that had been planted by Klansmen outside the church the night before. Denise McNair, 11, and Addie Mae Collins, Carole Robertson and Cynthia Wesley, all 14, were killed instantly in a scene of bloody chaos and horror that still sears the mind.

It would be almost four decades before all three of the surviving bombers had finally been sent to prison, but the real verdict was delivered just a day after the attack, when an anguished white lawyer named Charles Morgan gave a speech in the city that by then was already known as “Bombingham.”

“Who did it?” Morgan asked. Then he answered his own question. “We all did it. … Every person in this community who has in any way contributed … to the popularity of hatred is at least as guilty … as the demented fool who set that bomb.”

Half a century later, as we commemorate the largest civil rights demonstration in our history, we are again living through a time of racial ferment. The Voting Rights Act has been gutted by a Supreme Court majority. Trayvon Martin lies dead, his killer acquitted in a confrontation that never would have happened had his skin been white. The New York City Police Department is found to be routinely profiling people of color. A popular “news” site called WorldNetDaily rants month after month about what it calls “the onslaught of black violence.” White people who hate our first black president sing “Bye Bye, Black Sheep” outside a Phoenix venue where he is speaking, while others in Orlando, Fla., greet his motorcade with signs like “Kenyan Go Home.”

Are we any better off than we were 50 years ago?

Absolutely. The legal chains that held African Americans in bondage for most of their history in this country are broken. White dominance is on the decline as the demographic white majority heads for oblivion over the course of the next 30 years. Klansmen are not openly lynching black people, and police departments and other institutions of the state are not shot through, as they once were, with white supremacists bent on naked oppression.

But all is not well. Residential and school segregation is again on the rise. Black men and boys, like Martin, face entrenched prejudice and hatred. And terrorist crimes like the Birmingham outrage are not entirely banished.

Consider Kevin Harpham, the neo-Nazi who built a deadly anti-personnel bomb in 2011 and set it up to kill as many Martin Luther King Jr. Day marchers as possible in Spokane, Wash. Harpham, a member of the National Alliance hate group, coated the metal shrapnel in the bomb with rat poison to prevent his victims’ blood from coagulating and so ensure their deaths. He included a “blast plate” to direct as much of the bomb’s deadly force into the crowd as possible.

But unlike the 1963 Birmingham attack, where local officials refused to bring charges despite the FBI’s rapid identification of the perpetrators, authorities in Spokane worked heroically, first to defuse the bomb and then to find its builder and bring him to justice. In the end, Harpham got 32 years in prison.

We still have mountains to climb. The best estimates suggest there are a stunning quarter-million hate crimes in this country every year. Hate groups have been rising steadily over the last decade and now number more than 1,000. Our public discourse, including that of a shameful number of politicians, preachers and pundits, is poisoned with venomous hatreds and resurgent bigotry.

It is no longer true, as Morgan said, that we all did it. Still, as we continue our march into the future, it is absolutely essential that we all join in the work that remains as we head toward a future as a truly multicultural society.