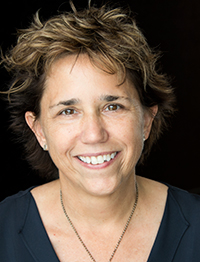 Former chief financial officer for the Juvenile Welfare Board (JWB) of Pinellas County, Fla., Sahulka assumed her new role as a member of the SPLC senior leadership team effective Sept. 16, 2013.

“As one of her key tasks, Sahulka will lead our effort to make technology a full partner in the Center’s impact and success,” Cohen added. The SPLC, he said, employs a three-pronged strategy to battle racial and social injustice:

Sahulka is a career-long proponent of administrative effectiveness in mission-driven enterprises. During more than 15 years with JWB, she developed infrastructure and processes supporting some 60 external programs serving thousands of children each year. Prior to moving to Florida, she held positions with CARE, Covenant House, and the Jacob Riis Settlement House. She also served as an adjunct professor at Eckerd College in St. Petersburg, and worked abroad at Casa Alianza in Antigua, Guatemala, and the International English Schools in London.

“The SPLC is without peer in the country,” Sahulka said. “It is enormously gratifying to be asked to become part of such a compelling organization. I am proud of what my team and I were able to accomplish on behalf of underserved children in our part of Florida. The opportunity to support the SPLC, an organization with true national reach, was simply too exciting to pass up.”