In an interview with Oregon Public Radio, Portland lawyer Elden Rosenthal talks about serving as co-counsel to Morris Dees in one of the SPLC’s most famous cases – the lawsuit against the neo-Nazi group responsible for the brutal murder of Ethiopian student Mulugeta Seraw. Listen to the interview here. 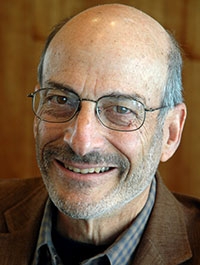 Twenty-five years ago this month, in the early morning hours of Nov. 13, 1988, a group of racist skinheads assaulted Ethiopian college student Mulugeta Seraw on the street in Portland, Ore. Seraw was savagely beaten – hit with a baseball bat and kicked with steel-toe boots. He died from his wounds.

On behalf of Seraw’s family, the SPLC sued the skinheads responsible for the murder and also Tom Metzger, a notorious California neo-Nazi who founded the White Aryan Resistance (WAR) and recruited the skinheads who killed Seraw into  his white supremacist organization.

The lawsuit resulted in a $12.5 million jury verdict that decimated WAR.

Portland lawyer Elden Rosenthal served as the SPLC’s co-counsel in the case, with SPLC founder Morris Dees, and now serves on its board of directors. He recently spoke to Oregon Public Radio about the experience and what it meant to his city. Listen to the four-minute interview here.

Read more below about one of the SPLC’s most famous cases:

Portland Honors Man Whose Murder Sparked SPLC Lawsuit: The city of Portland has honored an Ethiopian student whose brutal murder sparked the SPLC lawsuit that destroyed the White Aryan Resistance.

Hate Trial Brings Victim’s Son and Crusading Lawyer Together:  A trial united a victim's son and a lawyer - and changed the course of their lives.

Tom Metzger: An in-depth profile of one of the most notorious living white supremacists in the United States, a former California grand dragon of the Knights of the Ku Klux Klan who, in the mid-1980s, founded White Aryan Resistance.

Berhanu v. Metzger: A brief synopsis of the case, along with the SPLC complaint and the court’s judgment.