Not only did the star of Duck Dynasty say offensive things about LGBT people, his remarks about “singing and happy” African-American farmworkers in the Jim Crow South represent historical revisionism that should be denounced. 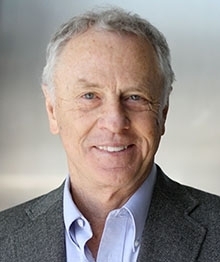 I’ve never seen Duck Dynasty, but like many of you, I’ve been hearing a lot about the remarks of Phil Robertson, one of the stars of the reality show seen by millions.

Robertson said some highly offensive things about LGBT people in an interview with GQ Magazine and, after much criticism, has been suspended indefinitely from the A&E network.

But I want to talk about what the 67-year-old from Louisiana said about African Americans during the pre-civil rights era:

“I never, with my eyes, saw the mistreatment of any black person. Not once. Where we lived was all farmers. The blacks worked for the farmers. I hoed cotton with them. I’m with the blacks, because we’re white trash. We’re going across the field. They’re singing and happy. I never heard one of them, one black person, say, ‘I tell you what: These doggone white people’ – not a word! … Pre-entitlement, pre-welfare, you say: Were they happy? They were godly; they were happy; no one was singing the blues.”

I don’t know anything about Robertson’s experiences. But I grew up on a small cotton farm in Alabama and also worked in the fields alongside African Americans. It shouldn’t even be necessary to say that they were treated as second-class citizens, most of them mired in abject poverty and with very little opportunity for anything more. There was no such thing as equality in any sense of the word.

And of course black folks didn’t go around saying anything about “these doggone white people.” The threat of racist violence was ever present, and there was virtually no chance any white person who harmed a black person would face anything close to justice. I wonder what Robertson would say about the four little black girls who were killed in the Klan bombing of Birmingham’s Sixteenth Street Baptist Church – or the many, many others who were lynched over the decades? What would he say about Emmett Till, the 14-year-old who was murdered for supposedly flirting with a white woman in Mississippi? Were they happy about their situation, too?

Maybe Robertson simply doesn’t understand the hurtful nature of his words. Maybe he was blind to the reality of life for African Americans when he was growing up. Maybe he still is. Being oblivious to the suffering of others is at the root of racism.

But why is anyone in this day and age defending segregation and attempting to paint over the terrible injustices that took place during Jim Crow?

Regardless of Robertson’s personal experiences, this idea that African Americans had it good during Jim Crow is the same kind of historical revisionism that we hear from Holocaust deniers who want us to ignore the lessons of history. It must be denounced loudly and clearly.