Nearly 100 people have been murdered by active users of Stormfront, the foremost racist website, over the last five years. A similar racist forum was used extensively by the neo-Nazi charged with killing three people at a Jewish community center and retirement home in Kansas. 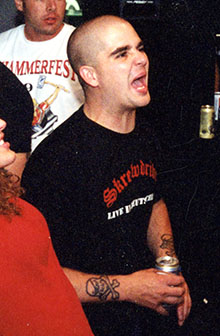 Nearly 100 people in the last five years have been murdered by active users of the leading racist website, Stormfront, according to a report released today by the SPLC’s Intelligence Project.

Registered Stormfront users have been disproportionately responsible for some of the most lethal hate crimes and mass killings since the web forum became the first hate site on the Internet in 1995, a month before the Oklahoma City bombing. The report found that hate killings by Stormfront members began to accelerate rapidly in early 2009, when Barack Obama took office as the nation’s first black president.

A similar racist web forum, Vanguard News Network (VNN), was used by neo-Nazi and former Klan leader Frazier Glenn Miller, who has been charged with the Sunday murder of three people he mistakenly believed were Jews in Overland Park, Kan. Miller, who apparently changed his last name in recent years to Cross, logged more than 12,000 posts on VNN, whose slogan is, “No Jews, Just Right.”

“Stormfront is the murder capital of the racist Internet,” said Heidi Beirich, report author and Intelligence Project director. “It has been a magnet for the deadly and deranged. And VNN is almost as bad.”

Stormfront users have included Wade Michael Page, who shot to death six people before killing himself at a Sikh temple in Wisconsin in 2012; Richard Andrew Poplawski, who murdered three Pittsburgh police officers in 2009; and Anders Behring Breivik, who bombed a government building in Norway, killing eight people, and then massacred 69 people, most of them teenagers, at a summer camp in 2011.

Stormfront’s homicidal trend began just four years after the site went up. On Aug. 10, 1999, Buford O’Neil Furrow, a known Stormfront user, left his parents’ home in Tacoma, Wash., and drove to Los Angeles, where he shot and wounded three children, a teenage girl and an elderly woman at a Jewish day care center. Furrow then shot and killed a Filipino-American postal worker. But the trend took off after Obama’s inauguration in January 2009. 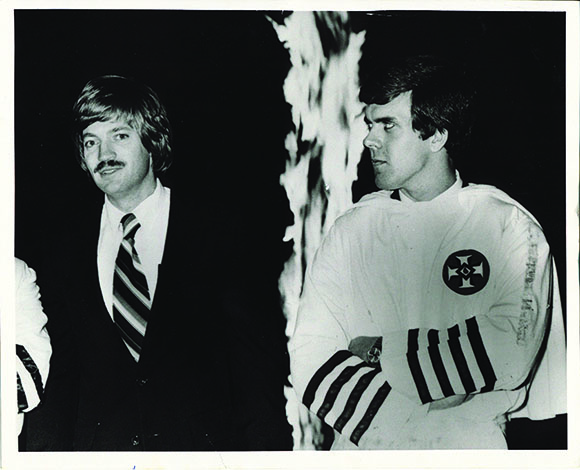 Racist online forums serve as a birthing den for self-described “lone wolves” by feeding their rage. Investigators find that most offenders openly advocate their ideology online, often obsessively posting on racist forums and blogs for hours every day, while absorbing the hatred around them. The typical visitor attracted to Stormfront is a frustrated, unemployed, white adult male living with his mother or an estranged spouse or girlfriend. She is the sole provider in the household.

Stormfront generates thousands of dollars a month in advertising revenue and donations, but its founder,former Klan leader Don Black, shrugs off any responsibility for what his website has wrought.

Black, 60, has been involved in the racist movement since he was 15. The first person he met in the white nationalist movement was James Clayton Vaughn. Vaughn, who later changed his name to Joseph Paul Franklin, became probably the most prolific racist serial killer in U.S. history, targeting interracial couples and killing as many as 20 people in several states between 1977 and 1980. Franklin, who was convicted of eight murders, was executed last year.