The SPLC today delivered a petition signed by more than 5,800 people to Florida Gov. Rick Scott demanding that the state stop discriminating against black and Hispanic students by setting lower academic goals for students of color.

The Southern Poverty Law Center (SPLC) today delivered a petition signed by more than 5,800 people to Florida Gov. Rick Scott demanding that the state stop discriminating against black and Hispanic students by setting lower academic goals for students of color.

The petition, organized by the SPLC and the ACLU, asks Scott to set equal academic goals for all children in Florida’s public schools, regardless of their race. The Florida Board of Education’s Strategic Plan sets lower academic goals on the basis of race and national origin of students.

“This racist policy sends a devastating message to children: that it is the color of their skin – not their hard work and perseverance – that determines their success,” said Tania Galloni, managing attorney in the SPLC’s Florida office. “We know from decades of research that when teachers think less of their students, they teach less, and children believe that they can do less.” 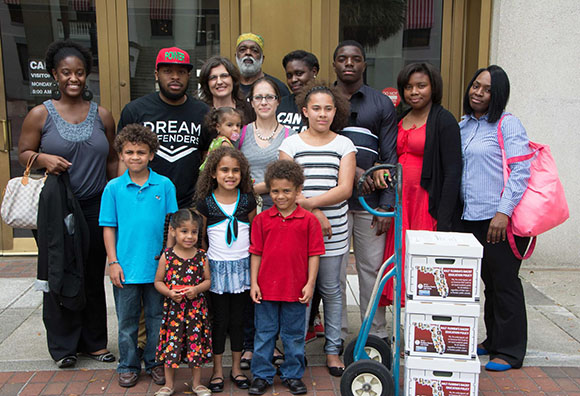 The petition was delivered five days before the 60th anniversary of the U.S. Supreme Court’s historic ruling in Brown v. Board of Education that outlawed school segregation.

The SPLC filed a federal civil rights complaint in August alleging that the Florida Department of Education discriminated against black and Hispanic students by adopting the plan. The complaint, filed with the Civil Rights Division of the U.S. Department of Justice on behalf of the state’s black and Hispanic students, describes how the plan “perpetuates stereotypes that certain individuals are less capable than others based on nothing other than the color of their skin” – creating a “self-fulfilling prophecy” of lower achievement for an entire generation of students.

Under these goals, almost the entire population of the Miami-Dade County Public Schools district – which is more than 90 percent black and Hispanic, and is the state’s most populous school district – is held to an academic standard far lower than districts with large white and Asian-American student populations. 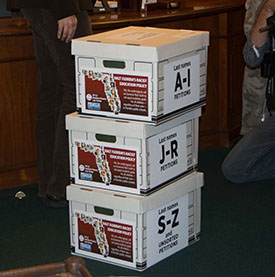 “As a retired teacher, I know that lower expectations lead to lower performance, for students in all categories,” wrote one petition signer. “This is clearly a discriminatory policy, in my view.”

Another retired teacher wrote: “Can you imagine a syllabus for my classes indicating dual grading systems, one for whites and one for blacks? It’s outrageous!!”

The plan creates a risk of segregation as children of color are more likely to be placed in classes for students with lower abilities – another violation of the Civil Rights Act, which prohibits public school segregation, the complaint says. Research has shown that lower expectations become self-fulfilling prophecies. When teachers expect more from their students, they provide higher quality instruction that challenges students to meet those expectations.

The Legal Aid Society of Palm Beach County is co-counsel with the SPLC in the complaint filed with the Justice Department.