School officials in Jefferson Parish, Louisiana, have agreed to measures that will ensure students will not face discrimination and hostility because of their national origin or English language proficiency.

In Louisiana’s Jefferson Parish public schools, Latino students were beaten by other students at school for speaking Spanish.

Students and their parents were harassed for proof of citizenship – both to enroll and to graduate.

Schools were permanently closed, and yet families who spoke little or no English were never informed of the closures in their native language. And, routinely, schools failed to provide these families with adequate translation and interpretation assistance so they could be involved in their children’s education.

Such incidents sparked a federal complaint filed by the SPLC that resulted in a settlement agreement this week between the school system and the federal government to stop the discriminatory treatment. 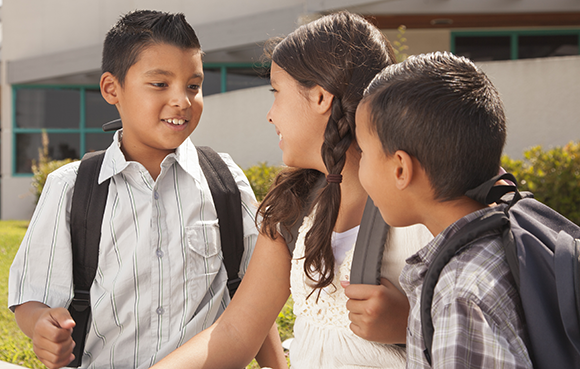 “We are pleased that Jefferson Parish schools will ensure that no one is denied access to an education based on their national origin, that families who speak limited English get the services they need to put them on an equal footing with English-speaking families, and that all students receive the protections of a safe and supportive school environment,” said Jennifer Coco, an SPLC staff attorney. “It’s a good agreement that we hope will serve as a model for other school districts experiencing similar problems.”

The SPLC filed the complaint two years ago with the U.S. Department of Education and the U.S. Department of Justice on behalf of 18 Latino students and their families. It describes the school system’s lack of interpreters at school meetings and how non-English speaking parents of Latino students are unable to read and understand important school notices sent home only in English.

It also states how the school system created a hostile environment for Latino students by allowing employees to harass students about their citizenship status and failing to appropriately respond to student-on-student violence motivated by national origin and immigration status.

For instance, one Latino student was badly beaten at school and required hospitalization after an incident that started when another student told him to speak English. Another student reported that school officials said the student would not be allowed to graduate with a diploma because the child was not U.S. citizen, and questioned the student for proof of citizenship.

The three-year settlement agreement outlines several steps the district must take, including the following:

Policies and materials for enrollment and registration also will be revised by the school system before the 2014-15 school year to ensure students are not discouraged from enrolling due to immigration status or citizenship. The school system will ensure that enrollment or graduation does not require parents or students to present a Social Security number, state-issued ID or similar documents.