A new SPLC report reveals the planning that went into the actions of extremists in Nevada who forced federal agents to stand down or risk bloodshed.

The standoff between federal agents and armed supporters of a Nevada rancher earlier this year was a highly coordinated effort by far-right militiamen that has since energized volatile extremists who are increasingly targeting law enforcement officers, according to a new SPLC report released today.

The report – War in the West – contains new details about the April standoff between the U.S. Bureau of Land Management (BLM) and militiamen sympathetic to rancher Cliven Bundy, which was seen as a victory within the antigovernment “Patriot” movement after federal agents pulled out despite Bundy owing more than $1 million in grazing fees and fines to the federal government.

“The Bundy ranch standoff wasn’t a spontaneous response to Cliven Bundy’s predicament but rather a well-organized, military-type action that reflects the potential for violence from a much larger and more dangerous movement,” said Mark Potok, senior fellow in the SPLC’s Intelligence Project. “This incident may have faded from public view, but if our government doesn’t pay attention, we will be caught off guard as much as the Bureau of Land Management was that day.”

Federal agents pulled out of the standoff and released Bundy’s cattle after militia snipers aimed rifles at them, an act that constitutes a felony. 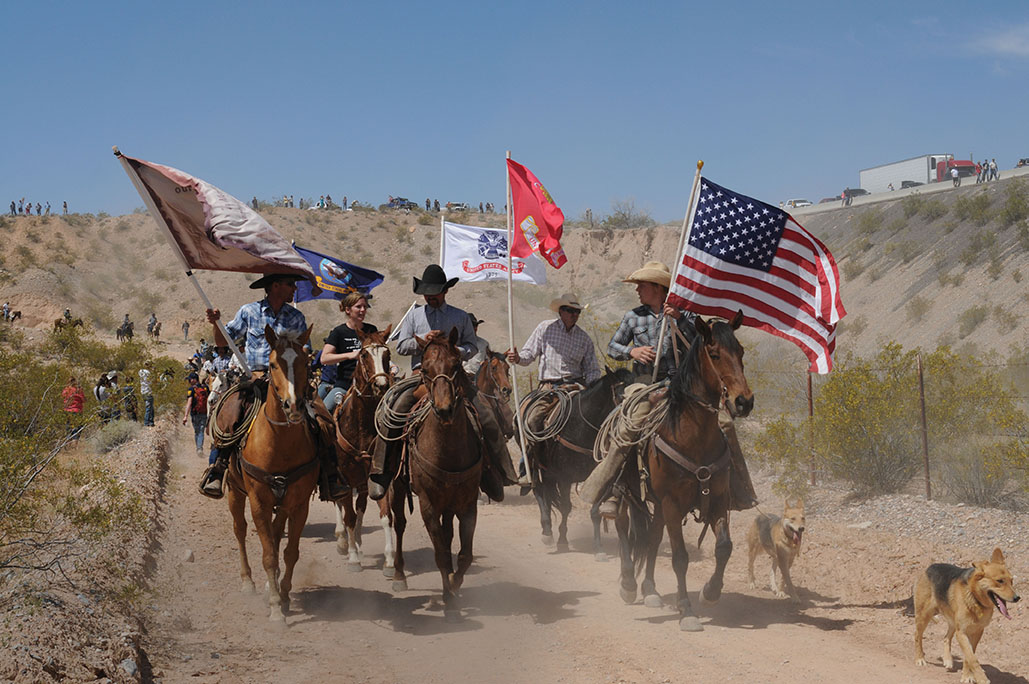 After the climbdown: Militiamen and other supporters of Cliven Bundy head for the corral where government agents were holding the Nevadan’s cattle. Minutes later, the animals were freed. (Ryan Lenz)

The SPLC has found that a Montana man who leads a militia called Operation Mutual Aid scouted the locations that were used by the snipers.

Ryan Payne, a 30-year-old electrician and former soldier from Anaconda, Montana, told the SPLC that in the days before the standoff he and Bundy toured the public lands the rancher was using, looking for ways to defend them. Payne had snipers in position when the standoff came to a head.

“Not only did they take up the very best position to overwatch everything, they also had the high ground, they were fortified with concrete and pavement barriers,” Payne said. “They had great lines of fire and then, when I sent in that other team, for counter-sniper positions, [the BLM agents] were completely locked down. They had no choice but to retreat.”

The reason, he boasted, was “overwhelming tactical superiority.”

The Patriot movement, which includes the militias that came to Bundy’s defense, has seen an explosive resurgence since President Obama was elected – growing from about 150 groups in 2008 to more than 1,000 last year. Since 2009, there have been 17 shooting incidents between antigovernment extremists and law enforcement, the report found.

Now, the movement has been emboldened by its initially successful defense of Bundy.

Despite an ongoing FBI investigation into the Bundy incident, several subsequent encounters between the BLM and antigovernment activists have occurred across the West, including incidents in New Mexico, Utah, Texas and Idaho, according to the report.

Two men in Utah, for example, pointed a handgun at a BLM worker in a marked federal vehicle while holding up a sign that said, “You need to die.”

And, as was widely publicized, Jerad and Amanda Miller, a couple who had spent time at the Bundy ranch during the standoff, executed two police officers inside a Las Vegas pizza parlor in early June. Leaving a Gadsden “Don’t Tread on Me” flag, a note saying the revolution had begun and a swastika on the officers’ bodies, the Millers went on to murder another man before dying in a shootout with police. Months earlier, Jerad Miller was photographed with former Arizona Sheriff Richard Mack, a prominent antigovernment activist who also visited the Bundy ranch. 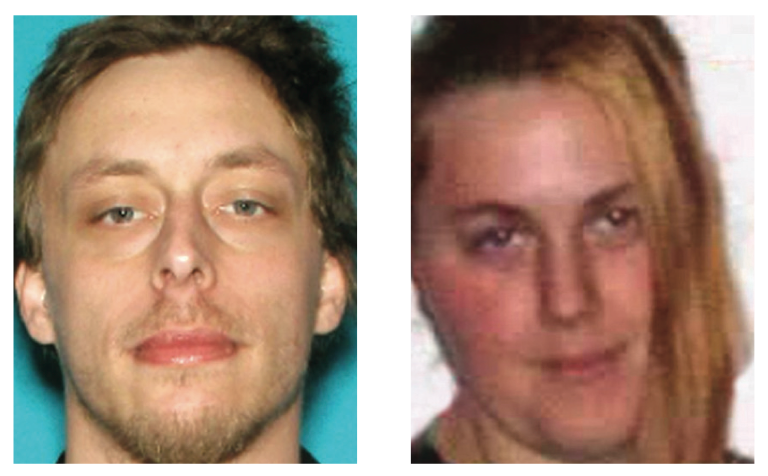 Jerad and Amanda Miller, who had a certain fond- ness for dressing up as comic villains, murdered three people, including two police officers, after briefly joining Bundy supporters during their standoff with authorities.

Antigovernment extremists have been encouraged by irresponsible politicians and commentators, the report found. Rather than condemning the effort to suspend the rule of law at the Bundy ranch, numerous politicians – including Nevada’s governor – and commentators such as Fox News’ Sean Hannity supported Bundy and his followers.

The report notes that politicians and media pundits should be called out for their rhetoric in support of lawbreakers. Much of Bundy’s high-profile support didn’t evaporate until he made overtly racist statements to the news media.

“The Bundy ranch standoff may be a preview of things to come if the federal government doesn’t come to terms with the true nature of this volatile extremist movement,” Potok said. “Two decades after the deadly debacle at the Branch Davidian compound in Waco, Texas, federal officials continue to struggle with their approach to radical-right extremists who threaten and use violence to achieve their political goals.”

The decision by the U.S. Department of Justice to revive its Domestic Terrorism Executive Committee is commended in the report. But the committee, established after the 1995 Oklahoma City bombing and instrumental in swift prosecutions of criminal militia activity in the 1990s, should have never been allowed to lapse after the 9/11 attacks.

The report also states that law enforcement officials need training to respond to a movement that increasingly targets them. But assisting law enforcement at all levels means the Department of Homeland Security (DHS) must put more resources into assessing the threat of domestic terrorism. The unit with the primary responsibility for that task was allowed to wither in the face of conservative criticism of a 2009 DHS report on the resurgent threat from the radical right.