The SPLC has filed a federal class action lawsuit against Tennessee for Medicaid practices that violate the law and deprive thousands of people of health care coverage despite their eligibility.

Earlier this year, a high blood pressure episode put April Reynolds in the hospital. In fact, doctors told the mother of three that she could have died if she had waited any longer to seek medical treatment.

Reynolds put off going to the hospital because she didn’t have a way to pay for medical treatment. She had been trying to get coverage through Tennessee’s Medicaid program, but the state’s policies have deprived thousands of people like her the coverage they need even though they are eligible.

Now, Reynolds owes $20,000 in medical bills and needs monthly checkups. But she has been to the doctor only once since the episode because she’s afraid of accruing more debt.

Today, the SPLC filed a federal class action lawsuit against Tennessee for adopting policies that break its decades-old promise of health care to Reynolds and other vulnerable residents. 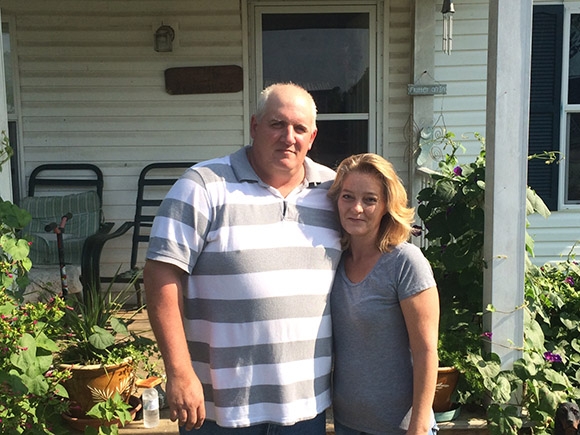 “Tennessee officials are sacrificing the health of the state’s most vulnerable citizens just to score political points,” said Sam Brooke, SPLC staff attorney. “They’re throwing a monkey wrench into their own Medicaid program so they can demonize the federal government. People in dire need of medical care are being sacrificed.”

The lawsuit was filed in the U.S. District Court for the Middle District of Tennessee in Nashville. The complaint, which was also brought by the Tennessee Justice Center and the National Health Law Program, comes on the heels of a scathing letter the Centers for Medicare and Medicaid Services sent to state officials for failing to meet six of seven critical success factors required by federal health care law – easily making Tennessee the worst state in the nation for fulfilling its Medicaid obligations.

According to the lawsuit, the state has violated federal law by discontinuing in-person help for applicants to its Medicaid program, TennCare. Instead, Tennessee forces applicants to apply for TennCare through the federal Health Insurance Marketplace website, which was not designed for this purpose, causing some residents – including those with serious medical conditions – to go needlessly without health care. To make matters worse, the state has stopped accepting TennCare applications in person.

Under federal law, an application for Medicaid must be processed in 45 days. The decisions Tennessee has made have resulted in many applicants – including all the plaintiffs in this case – being forced to wait more than two or three times the maximum period, with serious consequences.

“I have to worry every day about how my blood pressure is doing, which just escalates the problem,” Reynolds said.

The state also is arbitrarily terminating coverage for newborns after they are carried out the hospital door – a direct violation of regulations governing its state child health plan, “CoverKids.” Many newborns are now left without medical coverage during one of the most critical periods of their lives.

One plaintiff in the lawsuit is a baby identified as “S.G.,” who was born two months premature. He was born into CoverKids coverage, but Tennessee revoked it the moment he left the hospital. S.G. has not had coverage since leaving the hospital.

As a premature child, S.G. is at high risk of contracting the potentially fatal respiratory and airway virus RSV. He requires monthly shots – at $3,000 each – to prevent this illness. His parents can’t afford the treatment.

The changes that have deprived Tennesseans of coverage began in the fall of 2013 when the state ended in-person assistance for residents applying for TennCare, removing an important service that helped them navigate the application process. The state decided instead to make the federal Health Insurance Marketplace website, established under the Affordable Care Act, the only means for applying for TennCare, leaving many residents without coverage because the site cannot determine eligibility for individuals falling within certain categories.

As for Reynolds, she hopes the lawsuit will make the state live up to its promise to provide vulnerable residents with the health care they need.

“It would be such a burden off my shoulders,” she said. “It would make life a whole lot better. I think I’d live longer.”