Opening arguments begin today in a federal lawsuit brought by the SPLC on behalf of guest workers from India who were lured to a Mississippi shipyard by false promises of permanent U.S. residency only to find themselves forced into servitude and living under guard in an overcrowded, unsanitary labor camp. 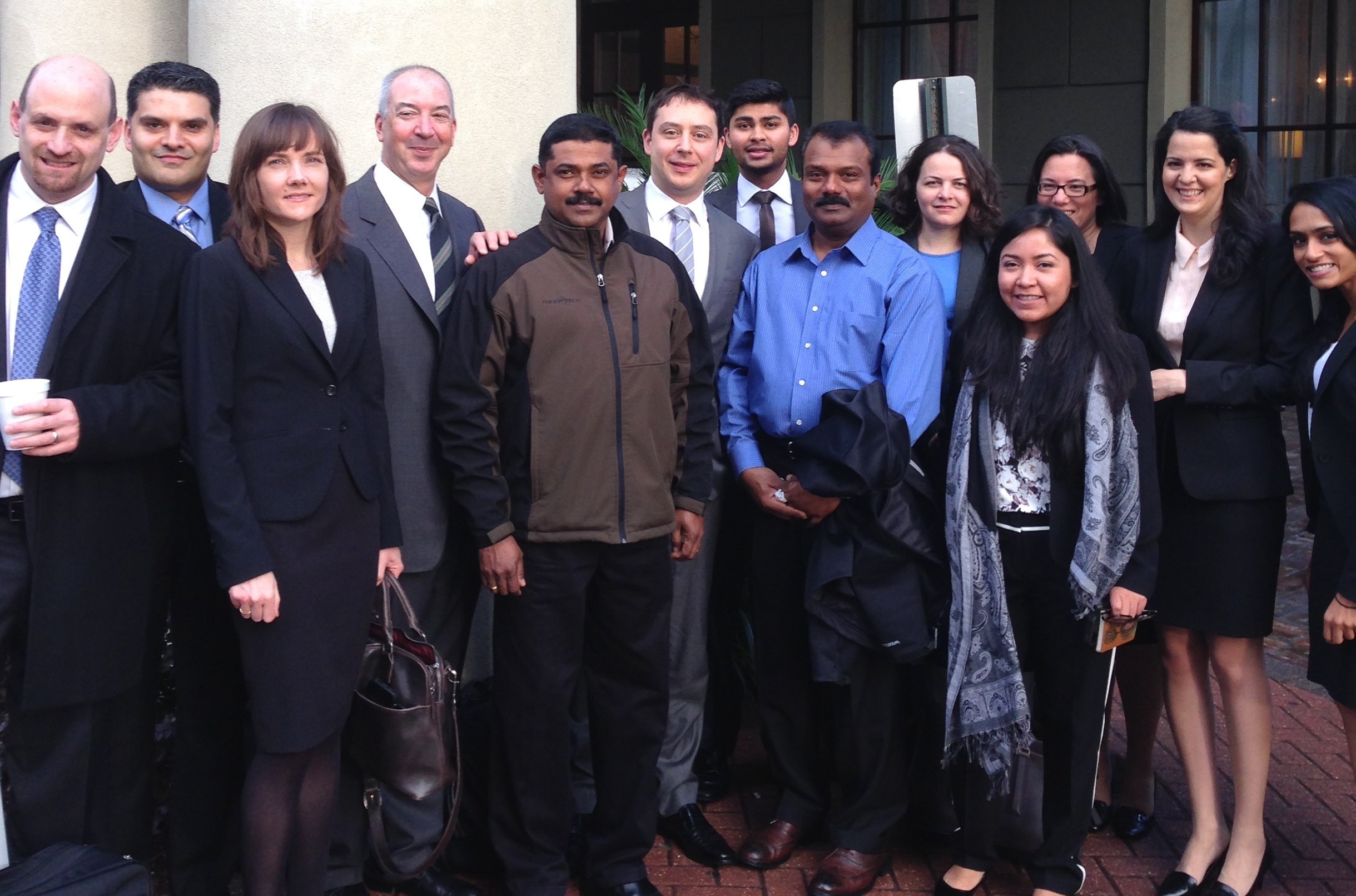 Opening arguments begin today in a federal lawsuit brought by the SPLC on behalf of guest workers from India who were lured to a Mississippi shipyard by false promises of permanent U.S. residency only to find themselves forced into servitude and living under guard in an overcrowded, unsanitary labor camp.

The New Orleans trial is part of a seven-year legal battle against Signal International, a marine services company that operates in Mississippi, Alabama and Texas.

The trial, to be held before a jury in the U.S. District Court for the Eastern District of Louisiana, is the first in a series of suits spearheaded by the SPLC that together comprise one of the largest human trafficking cases in U.S. history.

"This is an extremely important case,” said lead attorney Alan Howard, chairman of the SPLC board and a partner in Crowell & Moring’s New York office. “We’re looking forward to presenting to a jury all of the facts about what happened to our clients, and our clients are excited about finally getting their day in court.”

Lawyers for the plaintiffs intend to show that Signal and a network of labor recruiters and an immigration attorney engineered a scheme not only to defraud the Indian workers but to use illegal coercion and threats to maintain control over them and keep them working at Signal. The recruiters and lawyer received millions of dollars in recruiting fees from the workers and Signal made millions in profits from their labor, but not one of the workers received what he was promised.

The case is a stark example of the shameful exploitation within the nation’s broken guest worker program.

The SPLC filed the suit in March 2008. When a judge did not grant class action status – a status that would have allowed the suit to benefit most of Signal’s guest workers – the SPLC coordinated an unprecedented legal collaboration. It brought together nearly a dozen of the nation’s top law firms and civil rights organizations to represent, on a pro bono basis, hundreds of other workers who had been excluded from the original SPLC suit by the denial of class action status.

Promises broken
In the aftermath of Hurricane Katrina, the company used the U.S. government’s H-2B guest worker program to import nearly 500 men from India to work as welders, pipefitters and in other positions.

The workers each paid the labor recruiters and lawyer between $10,000 and $20,000 or more in recruitment fees and other costs after recruiters promised good jobs, green cards and permanent U.S. residency for them and their families. Most sold property or plunged their families deeply into debt to pay the fees.

When the men arrived at Signal shipyards in Pascagoula, Mississippi, and Orange, Texas, beginning in 2006, they discovered that they wouldn’t receive the green cards or permanent residency that had been promised to them, and that Signal viewed them, and treated them as a temporary labor force. Signal forced them to pay $1,050 a month to live in overcrowded, guarded labor camps where as many as 24 men shared a space the size of a double-wide trailer.

When some men tried to find their own housing, Signal officials told them the labor camp fee would still be deducted from their paychecks. Visitors were rarely allowed into the isolated camps. Company employees searched workers’ belongings. And workers who complained of the conditions were threatened with deportation, which would be disastrous for those who mortgaged their futures to obtain the jobs.

In March 2007, some of the SPLC’s clients were illegally detained by  security guards hired by the company during a pre-dawn raid of their quarters in Pascagoula.  They were detained for the purpose of deporting them to India in retaliation for complaining about the abuses and meeting with workers’ rights advocates to understand their legal rights. One of these workers was so distraught he attempted suicide.

“Deeply indebted, fearful, isolated, disoriented, and unfamiliar with their rights under United States law, these workers felt compelled to continue working for Signal,” the lawsuit charges.

Guest worker abuse widespread
The SPLC’s groundbreaking report, Close to Slavery, documented the widespread, systematic abuse of guest workers by U.S. employers. It found that guest workers are routinely cheated out of wages, forced to pay thousands of dollars in fees to obtain low-wage temporary jobs and held virtually captive by employers or labor brokers who seize their documents. It also found that these workers are often forced to live in squalid conditions and denied medical benefits for on-the-job injuries.

Although the Signal trial is just getting under way, the case already has resulted in precedent-setting decisions that will benefit immigrant workers, such as a decision that prohibited the defendants from inquiring about the immigration status of the Signal workers. The court said such inquiries would have “an intimidating effect on an employee’s willingness to assert his workplace rights.”

The court also denied motions to dismiss the case, noting that without this litigation “there is no reason to believe that the systemic victimization alleged in this case would not have continued indefinitely.”

The SPLC’s co-counsel in the case are Crowell & Moring, LLP, the American Civil Liberties Union, the Asian American Legal Defense and Education Fund, Coschignano & Baker, and the Louisiana Justice Institute.