Dr. King's deep political analysis may have the most relevance for us today. 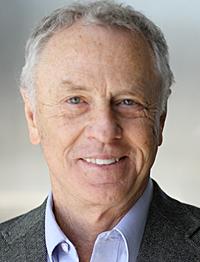 This Martin Luther King Day is a special one. We're on the eve of the 50th anniversary of the Selma-to-Montgomery March, perhaps King's most triumphant moment, and the film Selma has brought him vividly to life.

Dr. King's speech at the conclusion of the march is remembered for its soaring rhetoric, for King's declaration that segregation was on its deathbed and for his unshakeable belief that the moral arc of the universe bends toward justice.

But it was King's deep political analysis that day that may have the most relevance for us today.

King reminded the nation that Jim Crow segregation was the result of a political strategy engineered in the wake of Reconstruction by white Southern aristocrats who feared that poor whites would unite with the newly freed African Americans to form a powerful voting bloc.

The aristocrats “took the world and gave the poor white man Jim Crow,” King said. When low wages left the white man hungry, “he ate Jim Crow … no matter how bad off he was, at least he was a white man, better than a black man.”

The strategy, of course, worked. African Americans were disenfranchised, and Jim Crow stood astride the South for nearly a century.

Today – though the world is far different because of Dr. King's vision and the courage of the thousands who made the journey to Montgomery – racial divisions are still being exploited. The words are different, but the goal is much the same.

First we had Richard Nixon’s “Southern strategy,” a cynical effort to appeal to white racial resentment.

We’ve seen the results: voter suppression, corporate hegemony in Washington, a shrinking social safety net, and mass incarceration. Our schools are increasingly segregated, and the headlines this past week tell us that the majority of our public school students now live in poverty.

It should surprise no one then that leaders of the new Congress, only a week old, have already set their sights on weakening Social Security and dismantling the regulatory safeguards enacted after the recent financial crisis.

In his speech of March 25, 1965, King spoke of the nation we could become – a “society of justice where none would prey upon the weakness of others; a society of plenty where greed and poverty would be done away; a society of brotherhood where every man would respect the dignity and worth of human personality.”

On this day, let us celebrate Dr. King's life.  But more importantly, let us recommit ourselves to making his dream a reality.