A federal jury in an SPLC case today awarded $14 million in compensatory and punitive damages to five Indian guest workers who were defrauded and exploited in a labor trafficking scheme engineered by a Gulf Coast marine services company, an immigration lawyer and an Indian labor recruiter who lured hundreds of workers to a Mississippi shipyard with false promises of permanent U.S. residency. 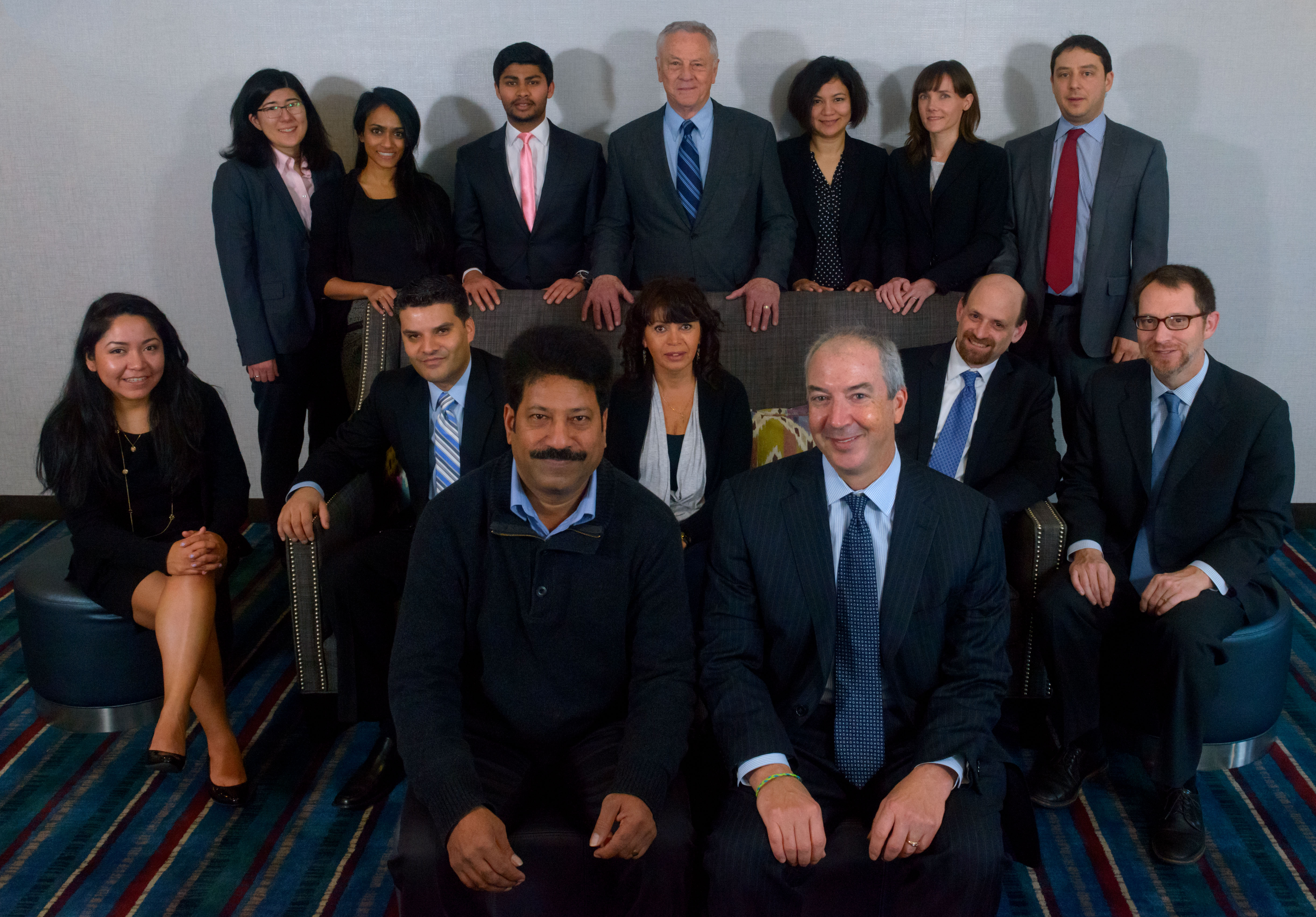 A federal jury in an SPLC case today awarded $14 million in compensatory and punitive damages to five Indian guest workers who were defrauded and exploited in a labor trafficking scheme engineered by a Gulf Coast marine services company, an immigration lawyer and an Indian labor recruiter who lured hundreds of workers to a Mississippi shipyard with false promises of permanent U.S. residency.

After a four-week trial before U.S. District Judge Susie Morgan, the jury ruled that Signal International, New Orleans lawyer Malvern C. Burnett and India-based recruiter Sachin Dewan engaged in labor trafficking, fraud, racketeering and discrimination. The jury also found that one of the five plaintiffs was a victim of false imprisonment and retaliation.

“The defendants exploited our clients, put their own profits over the lives of these honorable workers, and tried to deny them their day in court,” said lead attorney Alan Howard, Southern Poverty Law Center board chairman and a partner in Crowell & Moring’s New York office. “But they persevered and after seven long years have received the justice they so well deserve.”

The trial was the first in a series of cases spearheaded by the SPLC that together comprise one of the largest labor trafficking cases in U.S. history.

“This historic verdict puts American companies on notice that if they exploit the flaws in our temporary worker program, they will be held accountable and punished,” said Chandra Bhatnagar, co-counsel in the case and senior staff attorney with the American Civil Liberties Union Human Rights Program. “In a victory for justice, the jury has reaffirmed the fundamental principle that all people are entitled to human rights no matter where they’re from or what their race or immigration status is.”

In the aftermath of Hurricane Katrina, Signal used the U.S. government’s H-2B guest worker program to import nearly 500 men from India to work as welders, pipefitters and in other positions to repair damaged oil rigs and related facilities.

The workers each paid the labor recruiters and a lawyer between $10,000 and $20,000 or more in recruitment fees and other costs after recruiters promised good jobs, green cards and permanent U.S. residency for them and their families. Most sold property or plunged their families deeply into debt to pay the fees.

When the men arrived at Signal shipyards in Pascagoula, Mississippi, beginning in 2006, they discovered that they wouldn’t receive the green cards or permanent residency that had been promised. Signal also forced them each to pay $1,050 a month to live in isolated, guarded labor camps where as many as 24 men shared a space the size of a double-wide trailer. None of Signal’s non-Indian workers were required to live in the company housing.

Under the guest worker program, workers are not allowed to change jobs if they are abused but face the loss of their investment if they are fired or quit.

An economist who reviewed Signal’s records estimated the company saved more than $8 million in labor costs by hiring the Indian workers at below-market wages.

Together, the H-2B visa status, the high debt, the poor conditions at the labor camp and the discriminatory treatment and disparagement based on their race or nationality led the men to feel trapped. “These men experienced constant stress and humiliation,” said Dan Werner, SPLC supervising attorney. “Yet, they were stuck. The defendants showed a shocking disregard for their basic human rights.”

When some men tried to find their own housing, Signal officials told them the “man camp” fee would still be deducted from their pay. Visitors were rarely allowed into the camps. Company employees searched workers’ belongings. And workers who complained were threatened with deportation – a disastrous prospect for those who mortgaged their futures to obtain the jobs.

“I had borrowed so much money to come here,” Sulekha testified. “And then if I am returned [to India by Signal for standing up for my rights], then my entire family would [be in] the streets.”

“Until today, I have not told anything to any other person about all of the difficulties that I had,” he testified. “In the future, I don’t want anybody to go through these same problems. I had to say Signal was a big part of this.”

In March 2007, some of the SPLC’s clients were illegally detained by Signal’s private security guards during a pre-dawn raid of their quarters in Pascagoula. Two were detained for the purpose of deporting them to India in retaliation for complaining about the abuses and meeting with workers’ rights advocates. One worker who is a plaintiff in a separate suit was so distraught he attempted suicide.

“Human trafficking is a complex human rights issue, and this case demonstrates how male immigrants with visas can be victims and survivors of trafficking,” said Ivy O. Suriyopas, director of the Asian American Legal Defense and Education Fund’s Anti-Trafficking Initiative. “The jury understood this nuance and has helped these men to finally achieve some measure of justice.”

The other lawsuits facing Signal International and its agents, representing more than 200 additional workers, were filed after a judge did not grant class action status in this case, which would have allowed the suit to benefit most of Signal’s guest workers. The SPLC coordinated an unprecedented legal collaboration that brought together nearly a dozen of the nation’s top law firms and civil rights organizations to represent, on a pro bono basis, hundreds of workers excluded from the original SPLC suit by the denial of class action status.