The SPLC has filed a federal lawsuit against the Georgia Department of Corrections on behalf of a transgender woman who has been denied medically necessary treatment and sexually assaulted by other inmates while held at a men’s prison. 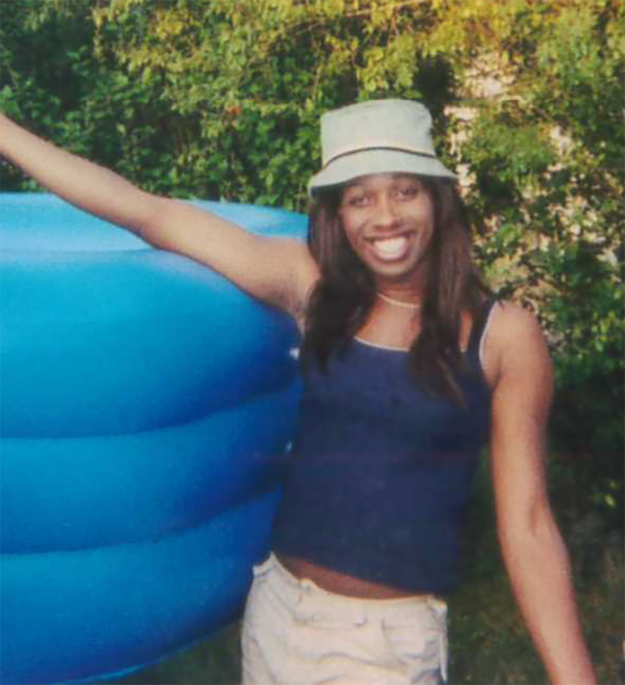 Ashley Diamond before entering the Georgia Department of Corrections

The Southern Poverty Law Center has filed a federal lawsuit against the Georgia Department of Corrections on behalf of a transgender woman who has been denied medically necessary treatment and sexually assaulted by other inmates while held at a men’s prison.

Since entering prison three years ago for a nonviolent offense, prison officials have denied 36-year-old Ashley Diamond the female hormones that she had been receiving for 17 years. The lawsuit, filed in the U.S. District Court for the Middle District of Georgia this week, describes how denying this medically necessary care has resulted in grave physical and mental harm to Diamond, including mental anguish and bodily harm, in violation of the Eighth Amendment’s ban on cruel and unusual punishment.

Diamond has endured repeated sexual assaults by prisoners, and prison officials  have ignored pleas to ensure her safety, according to the lawsuit. Despite her nonviolent offense, Diamond has been housed in a series of prisons for male felons considered to be the most violent and dangerous in state custody.

Transgender inmates can be housed safely and without fear of sexual assault when prisons follow the law, including the Prison Rape Elimination Act of 2000.

“Ashley Diamond was not sentenced to sexual assault and a gender change when she was imprisoned for a probation violation,” said Chinyere Ezie, SPLC staff attorney. “Tragically, the state of Georgia is forcing Ashley to transition from female to male by denying her the protection and medical care she needs. Transgender inmates like Ashley have a right to be kept safe and to receive medically necessary treatment, including hormones.”

Diamond has endured a painful physical transformation since her hormone therapy was terminated by corrections staff. Her facial hair has started growing and her body is reverting to a masculine state. She has even attempted suicide and self-castration. The SPLC warned the prison system in May that it must provide Diamond and other transgender inmates with medically necessary care or face a federal lawsuit.

“It is amazing how a minor brush with the law has turned into a death sentence,” Diamond said. “This is about more than just hormone treatment. This is about gross human rights violations. Three years of torture is enough.”

The professional mental health community has recognized standards of care for individuals, like Diamond, who suffer from gender dysphoria. The National Commission on Correctional Health Care and the National Institute of Corrections recognize these standards, which for some individuals include hormone therapy as a medical necessity.

The Georgia Department of Corrections has blatantly disregarded Diamond’s health and mental state, insisting that she simply adapt. When she entered Valdosta State Prison, officials told her that they didn’t have the means to protect transgender prisoners. Staff instructed her to “guard your booty” and be prepared to fight, according to the lawsuit.

Some prison officials have ridiculed her. The lawsuit describes how a Valdosta State Prison official referred to Diamond as a “he-she-thing” in front of inmates and personnel. Staffers were encouraged to ridicule Diamond for her gender expression and to instruct her to act and appear male. When Diamond filed a complaint about this treatment, it was rejected by prison system officials on the grounds that Diamond was “clearly a man, not a woman.”