SPLC President Richard Cohen told members of a congressional panel today that the nearly two-year delay in bringing criminal charges against armed militiamen who confronted federal officials in Nevada played a role in this year’s standoff at the Malheur National Wildlife Refuge in Oregon.

Cohen noted that numerous media and political figures publicly supported the antigovernment extremists who forced the U.S. Bureau of Land Management (BLM) to abandon efforts to round up cattle belonging to Cliven Bundy in April 2014. The BLM moved to seize the cattle after the Nevada rancher, who owed more than $1 million in grazing fees and fines to the government, refused to comply with court orders.

“Bundy was lionized on Fox News,” Cohen said, “and [Donald] Trump was among those lauding Bundy, [saying]: ‘I like him, his spunk and the people that are so loyal … I respect him.’”

The Democratic panel called for witness testimony in response to an escalation of extremist threats against federal employees who manage and police public lands, particularly in Western states.

After the 41-day occupation of the Malheur National Wildlife Refuge ended in February, federal officials warned law enforcement agencies nationwide to be alert for retaliatory violence from antigovernment extremists.

Cohen also told the Democratic lawmakers that the militia movement has made a concerted effort to garner the support of law enforcement officers.

Earlier this week, the SPLC released a report about the Constitutional Sheriffs and Peace Officers Association, a radical group that claims the support of 400 sheriffs and urges them to defy federal laws they believe are unconstitutional.

The far-right antigovernment movement, which includes hundreds of armed militias, has grown explosively since President Obama took office. In 2008, the SPLC documented 149 groups. Today, there are 998.

At least seven law enforcement officers have been killed by antigovernment extremists since 2008, and numerous others have been wounded.

Cohen called for congressional leaders to take the threat seriously.

“The federal government should devote sufficient resources to monitor and address the continuing threat of homegrown, antigovernment terrorism,” he said. “[And] federal law enforcement officials should be trained on the ideology, motivations and tactics of a movement that frequently targets them.”

His testimony can be read here and below. 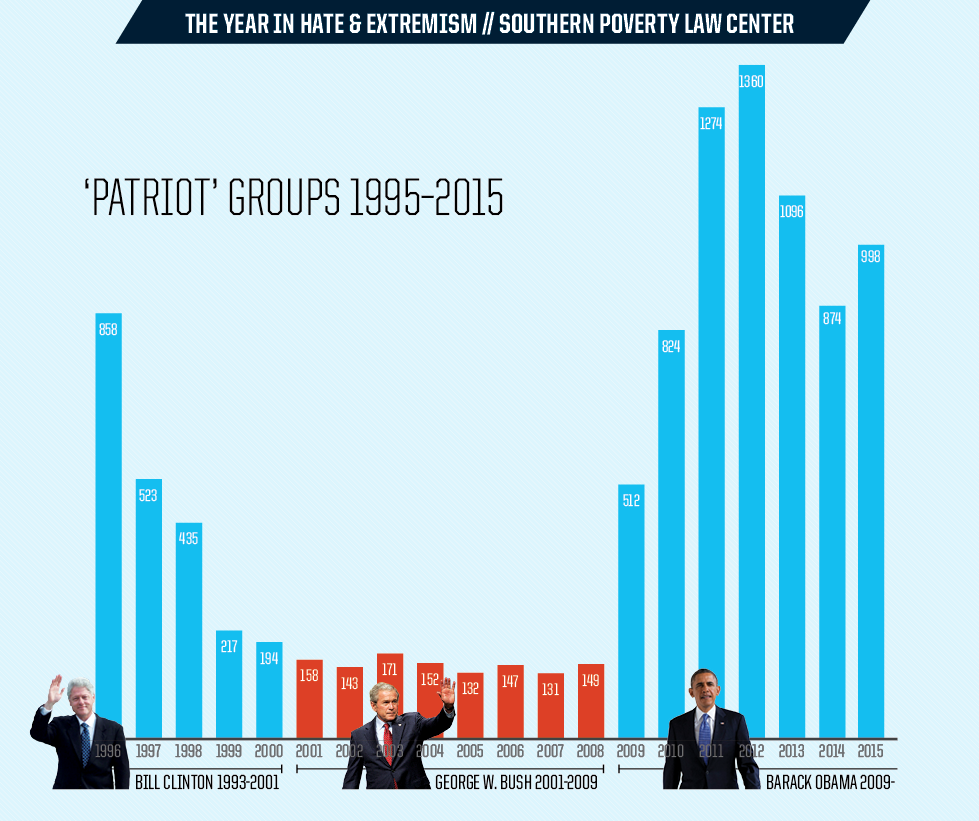