A city ordinance that criminalized the failure to pay a water bill was repealed by the city council in the town of Chickasaw, Alabama, last night in response to a Southern Poverty Law Center letter advising the city’s municipal judge that the ordinance is unconstitutional.

Chickasaw resident Sonya Ayers, 48, was convicted of a misdemeanor and ultimately jailed last year for more than a day after she was unable to pay her city utility bill.

Her water was turned off and she was ordered by the municipal court to pay more than $400 in fines and fees to the city. She also had to pay monthly supervision fees to Judicial Correction Services, a private, for-profit probation company. Ayers could not keep up with the payments and was arrested after failing to appear at a court hearing that she was not informed about.

“Failing to pay your water bill should not be a crime,” said Sam Brooke, SPLC deputy legal director. “Yet this is exactly what happened in Chickasaw with an unconstitutional ordinance that harshly punished people for their poverty.

“The action by the Chickasaw City Council will ensure that residents will not be prosecuted or face criminal penalties when they simply cannot afford to pay for running water in their homes. It’s a step in the right direction.”

Ayers, who was caring for her ailing mother, was unable to work and struggled to make her payments after her mother’s health deteriorated. Her mother died in early November 2015, and she was trying to get on her feet and received a job offer. When she went to the Chickasaw courthouse on Nov. 23 last year to get required paperwork notarized for the job, she was arrested and thrown in jail. She was told that she missed a court date related to the charge of dwelling without water. 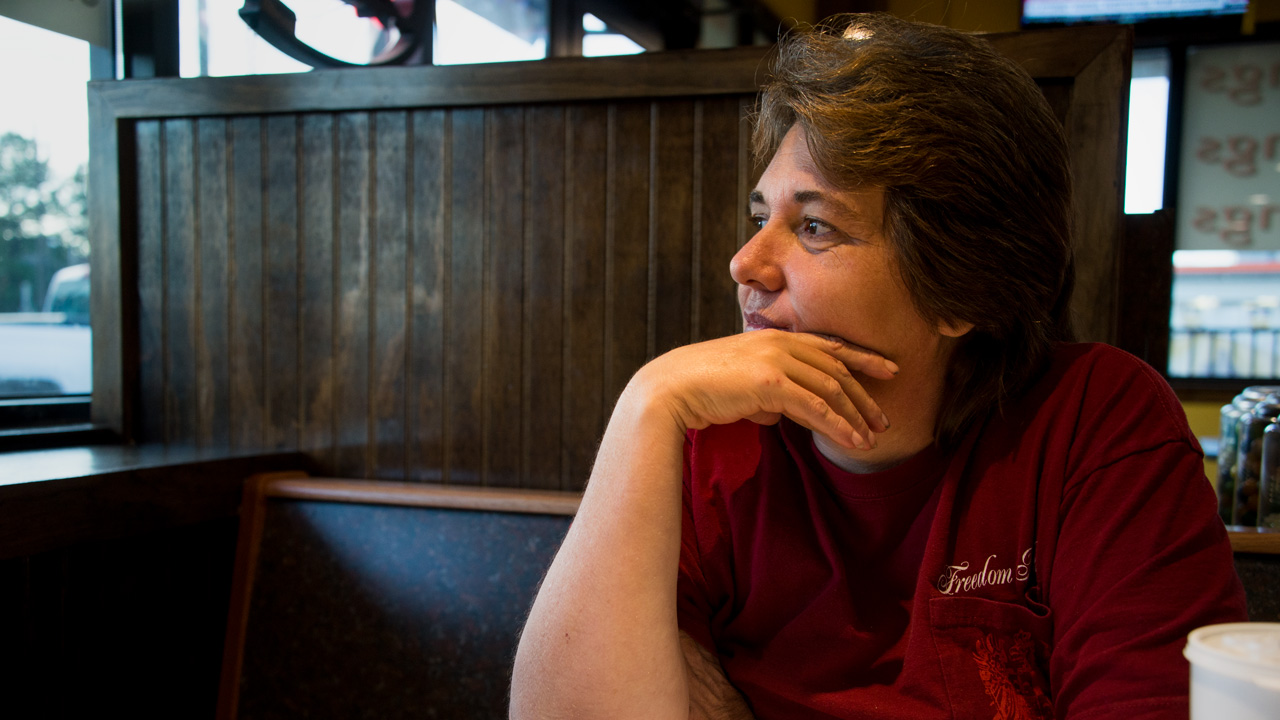 Sonya Ayers was convicted of a misdemeanor and ultimately jailed for more than a day after she was unable to pay her city utility bill.

“I was in disbelief,” said Ayers, who still does not have running water or electricity. “I thought the police officer was joking. I had never been in jail or any trouble, and I was almost certain that I couldn’t be put in jail for not having water. The city of Chickasaw labeled me a criminal and prosecuted me in court because I was poor and could not pay.”

After being released, she served eight days of community service, which included washing dishes for the court staff, doing inmate laundry and cleaning the city’s community center.

Ayers has struggled to find work since the ordeal and suffers from health problems. Her car was repossessed and she has no access to public transportation.

“I hope that because of Chickasaw’s action, no one else will have to go through what I did and be thrown in jail for not having enough money to pay for basic services like water,” Ayers said. “I’ve been living in constant fear until now that I will go to jail again over being too poor to pay. Cities have to stop criminalizing people like me simply because they live in poverty.”

Predatory fines and fees that unjustly target the poor are common in cities across the country. In Pagedale, Missouri, for instance, residents can be criminally prosecuted for having mismatched curtains or a hole in a window screen. And while debtors’ prison practices were outlawed nearly 200 years ago, a Baldwin County, Alabama, man helped by the SPLC spent two weeks in jail after failing to pay an $88 trash bill.

“Many cities and counties across the country prosecute and severely punish those who cannot pay their bills or who commit other so-called crimes, such as letting their grass grow too high,” Brooke said. “Then, the court fines and fees in some cases make it impossible to catch up. We urge all local governments to take steps, as Chickasaw has, to ensure they are not punishing people for their poverty or using their criminal justice system as a means to generate revenue.”