Last night, President Donald Trump once again insisted that the immigrants he is targeting for deportation are criminals.

“As we speak tonight,” he told a joint session of Congress, “we are removing gang members, drug dealers and criminals that threaten our communities and prey on our very innocent citizens. Bad ones are going out as I speak.”

The speech echoed his earlier calls to rid the country of the “bad hombres” from south of the border.

But as a civil rights lawyer representing immigrants in the Southeast, I’m not fooled.

No one, of course, is doubting that some undocumented immigrants have committed crimes. Studies, however, show that immigrants are less prone to criminality than native Americans – not more so. Crime tends to drop in neighborhoods that experience an influx of first-generation immigrants.

The fact is that the vast majority of immigrants who are being rounded up, taken from their families and thrown into prison-like detention centers are not criminals at all. They’re simply people trying to make ends meet, like most other Americans. They create jobs and contribute to the economy. They support families. They go to school. They’re part of the fabric of our communities.

They’re not “bad hombres” – or “rapists,” as Trump called them in the speech that kicked off his campaign.

Rather, they’re people like Walter Cervantes, who has been sitting in the Stewart Detention Facility in Lumpkin, Georgia, for the past two weeks. 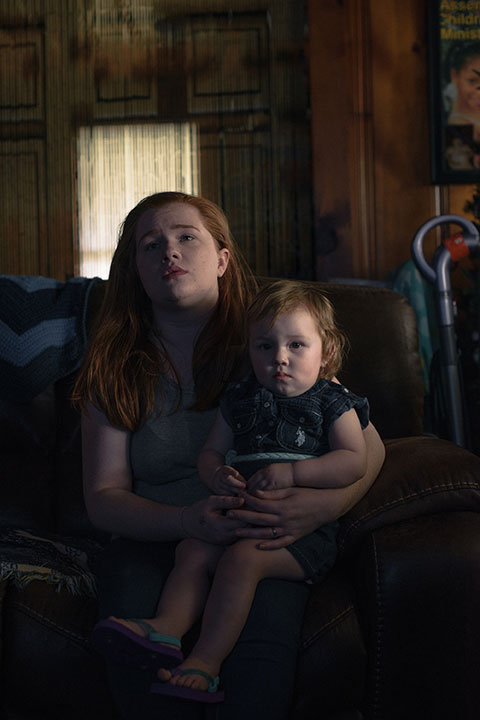 Cervantes, 27, is a husband and a father to a baby girl. His parents brought him to the United States from Mexico when he was just 7. Under the Obama administration, he received assurance that he would be allowed to stay through the Deferred Action for Childhood Arrivals (DACA) program.

But Cervantes has a marijuana charge on his record. On Feb. 13, he went to a monthly meeting with his probation officer. It was part of the conditions, set by a court, that would result in the charge being dismissed later this year.

“As I was finishing, the probation officer told me, two people want to talk to you,” Cervantes told one of my colleagues who visited him in detention.

The men were Immigration and Customs Enforcement (ICE) agents. Instead of going home to his wife and baby daughter in Marion, North Carolina, Cervantes was detained. Thanks to his probation, he was a convenient target for federal agents freed by Trump’s new immigration orders to detain and deport a far wider class of immigrants than before.

Even the Dreamers, the DACA recipients like Cervantes who arrived with their parents as young children, are at risk.

Immigrants who have regular contact with a court, school or government agency should not have to worry that they are particularly vulnerable. Yet, many are. In El Paso, Texas, for example, agents detained a woman inside a courthouse just after she received a protective order against an abusive boyfriend.

The Los Angeles Times reported that up to 8 million people could be targeted for deportation by Trump’s dragnet.

Even though the Obama administration deported more people than any previous administration, Trump’s orders are far more aggressive than President Barack Obama’s directives. Under Obama, immigrants associated with serious crimes were targeted as higher priorities for deportation, while others were allowed some relief.

As the raids continue, in what Trump has called a “military operation,” immigrant communities will become less likely to report crimes like domestic violence out of fear of being deported and as a result will be less safe.

The apparatus Trump will need to carry out his new immigration directives is already being built.

Thousands more federal agents are to be hired. Trump has called for reinstating the Secure Communities program, which provided immigration agents with fingerprint records collected at local jails, even though, according to Human Rights Watch, it made immigrants “afraid to call 911.”

Trump also has signaled he will bring changes to so-called 287(g) agreements in an effort to enlist more local law enforcement officials to act as federal immigration agents. Under Obama, applications for such authority slowed and some were rescinded. Maricopa County, Arizona, had its 287(g) authority revoked after the Department of Justice found a pattern of racial profiling by officers.

Meanwhile, immigrants like Cervantes will continue to be rounded up and face the often devastating prospect of being sent back to their country of origin. For Cervantes, that is Michoacan, Mexico – a place he hasn’t seen in 20 years.

“I hear stories of cartels,” he said. “Last year, my cousin was murdered. People have broken into my family’s house. I’m worried because people may think I have money.”

Cervantes doesn’t want to go there to live. He wants to be in the United States, his home.

“I want to get out to be with my wife and baby.”