U.S. Rep. John Lewis led a gathering of congressional and civil rights leaders in a wreath-laying ceremony at the Civil Rights Memorial today to honor those who lost their lives in the struggle for civil rights.

"We came here in memory of so many fighters for the cause of freedom, justice, equality and the dignity of man," Rep. Lewis said. "They gave everything they had — even their lives." 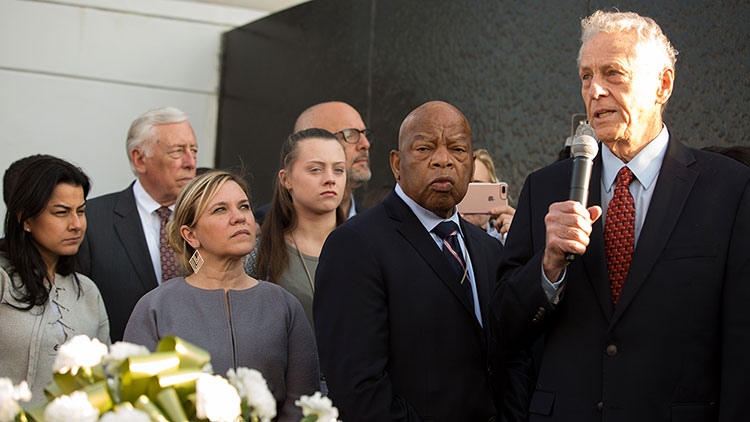 Tuesday marks the 52nd anniversary of Bloody Sunday, the day that Lewis, who was chairman of the Student Nonviolent Coordinating Committee (SNCC), was at the front of the column of demonstrators who attempted to march from Selma to Montgomery in support of voting rights. He was badly beaten by state troopers who attacked the marchers with clubs and tear gas as they tried to cross the Edmund Pettus Bridge. The attack galvanized support for the historic 1965 Voting Rights Act.

SPLC Founder Morris Dees welcomed Lewis to the Memorial, which the SPLC dedicated in 1989, and spoke to attendees of the importance of the civil rights movement in spurring civil engagement today.

"We're here today to celebrate the men, women, and children who died seeking freedom and justice," Dees said. They "set the stage for each of you to take a stand on critical issues of human and civil rights."

The congressional visit was part of a regular pilgrimage sponsored by the Faith & Politics Institute, which brings participants to historic civil rights sites in Alabama.

The Civil Rights Memorial, designed by Maya Lin and built by the Southern Poverty Law Center, stands outside the SPLC office and less than a block from the Dexter Avenue King Memorial Baptist Church, where Dr. Martin Luther King Kr. led the Montgomery bus boycott that galvanized the movement.

The Memorial honors 40 martyrs who died during the height of the civil rights movement, between the U.S. Supreme Court's Brown v. Board school desegregation decision in 1954 and the assassination of King in 1968. The martyrs are those who were murdered because they were active in the movement; who were killed as acts of terrorism aimed at intimidating civil rights activists; or whose deaths, like those of Emmett Till, helped spur the movement forward by demonstrating the brutality faced by African Americans in the South. 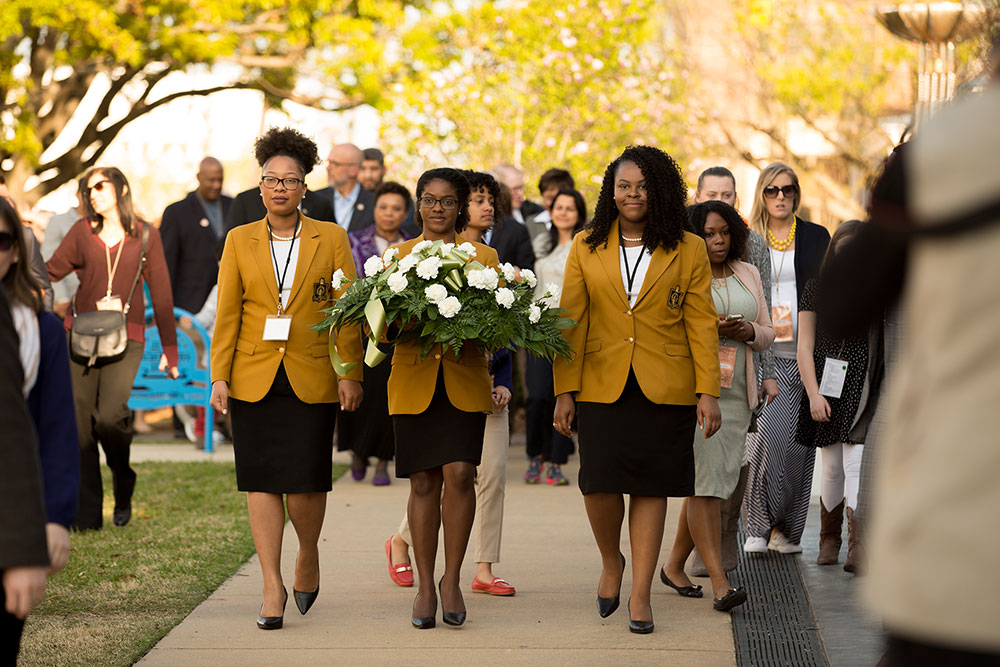 The wreath is carried to the Civil Rights Memorial in Montgomery, Alabama.