Just six days after being sworn in, President Trump announced, “The hour of justice for the American worker has arrived.”

For Regina Elsea, it arrived too late. In February of last year, she was working the day shift at an auto parts factory in Cusseta, Alabama, when the machinery malfunctioned. When Elsea’s team called maintenance, no one showed up. But her team had a quota to meet. “We were always trying to make our numbers,” says Elsea’s coworker, Amber Meadows. Eventually, under pressure, Elsea grabbed a screwdriver and tried to clear the problem herself.

The machine roared to life, and she was impaled with a pair of welding tips. Elsea was unable to move or speak, trapped until an emergency crew finally freed her. She died the next day.

Elsea’s family, and other workers who suffered serious workplace injuries in factories in the Deep South, told their stories to Peter Waldman, who wrote about the heavy price of Alabama’s auto boom for Bloomberg Businessweek. This factory growth, he writes, is “just the kind of manufacturing renaissance President Donald Trump and his supporters are looking for — except that it epitomizes the global economy’s race to the bottom.” 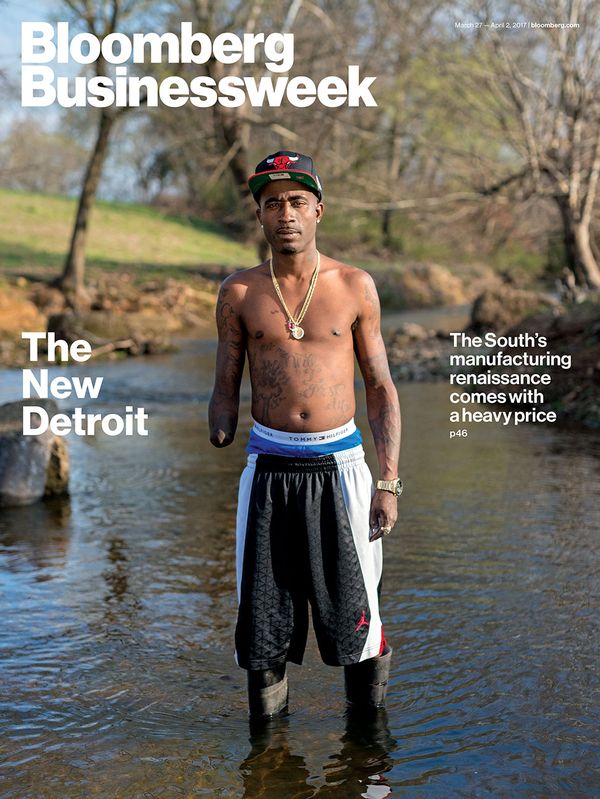 He describes low pay, high turnover, and scant training as part of Southern parts suppliers’ scramble to compete against suppliers in Mexico and Asia. “The pressure is wreaking a different American carnage than the one Trump conjured at his inauguration: OSHA records document burning flesh, dismembered body parts, a fall into a vat of acid. They read like Upton Sinclair.”

That’s not too different than what we found in 2013 when the SPLC investigated poultry processing plants in Alabama. “It’s a house of pain in there,” said Kendrick, a deboning worker who was warned he would lose his job if he notified his boss of his injuries.

His injury wasn’t an exception: Almost three-quarters of the poultry workers we interviewed described suffering a significant work-related injury. The U.S. Occupational Safety and Health Administration (OSHA) reported an injury rate more than 50 percent higher for poultry processing workers than all workers in the U.S.

“Unfettered by serious regulation and blessed with a vulnerable workforce,” we wrote in 2013, “flawed policy, lack of oversight and weak enforcement has allowed exploitation to thrive.”

It is confounding that against this backdrop of widespread, significant injuries, less than two weeks after Trump promised “justice for the American worker,” Republicans voted to revoke one of the few federal regulations that punish companies which fail to protect their workers.

Specifically, they voted to revoke the Obama administration’s Fair Pay and Safe Workplaces executive order, which prevented the federal government from awarding contracts to companies that underpay or discriminate against their workers, or endanger them by violating workplace safety standards.

This week, the Trump administration signed the measure revoking Fair Pay and Safe Workplaces into law. Now, if a company doesn't protect its employees, its eligibility to receive millions of dollars directly from the U.S. government will be untouched, and vulnerable workers have even fewer protections against discrimination, mistreatment, and the kind of perilous, potentially fatal situations in which companies put Elsea and other workers in the Deep South.

Without the Fair Pay and Safe Workplaces order, companies are free to do so while getting rewarded by the federal government.

PS. Here are a few more reads worth your time.

SPLC’s Weekend Readings are a weekly summary of the most important news reporting and commentary from around the country on civil rights, economic and racial inequality, and hate and extremism. Sign up to receive Weekend Readings every Saturday morning.