Hundreds of Louisianans gathered at the state Capitol in Baton Rouge this week as part of an effort by the SPLC and grassroots groups to show support for reforms aimed at ending the state’s status as the nation’s leader in incarceration.

The roughly 600 people at the Capitol Thursday far surpassed organizers’ goal of 250 people. They came from across the state and included faith leaders, community advocates, former prisoners, families with loved ones behind bars and crime survivors. The rally was organized by Louisianans for Prison Alternatives, a statewide, bipartisan coalition led in part by the Southern Poverty Law Center.

“A majority of Louisianans support criminal justice reform,” said Lisa Graybill, SPLC deputy legal director. “It’s time for legislators to listen to their constituents and support legislation that will result in a safer and more cost-effective criminal justice system.” 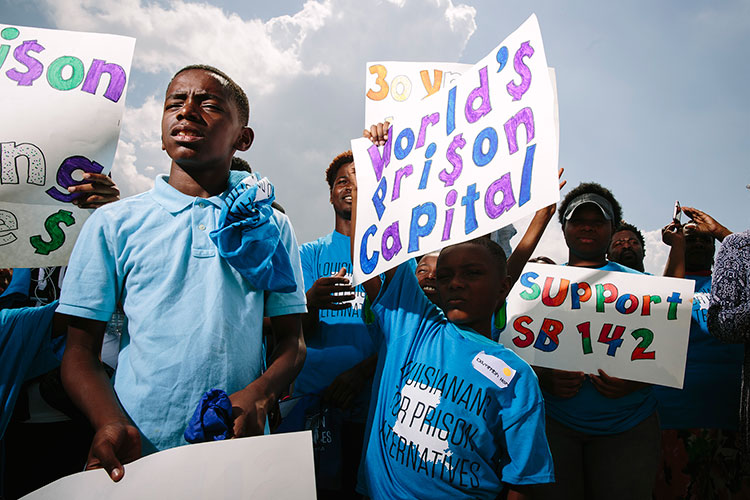 Louisiana imprisons a larger proportion of its population than any other state. It also has an incarceration rate nearly five times that of Iran and 13 times that of China. A vast majority of its prisoners are there for low-level, nonviolent offenses.

A task force recently analyzed Louisiana’s criminal justice system and recommended a reform package of 10 bills. The recommendations would reduce the state’s prison population by 13 percent over the next 10 years – saving taxpayers $305 million.

The reform tackles the incarceration problem from multiple angles: Among the reforms are proposals for community supervision programs; limiting habitual offender penalties to serious offenders; extending the possibility of parole to juveniles serving life sentences; tailoring fines and fees to a person’s ability to pay; and mandating that savings from these reforms be used to further reduce the prison population.

The SPLC is leading similar reform efforts across the Southeast, a region where prison populations have swelled and change is desperately needed.

At the rally in Baton Rouge, speakers stressed the power of people making their voices heard. 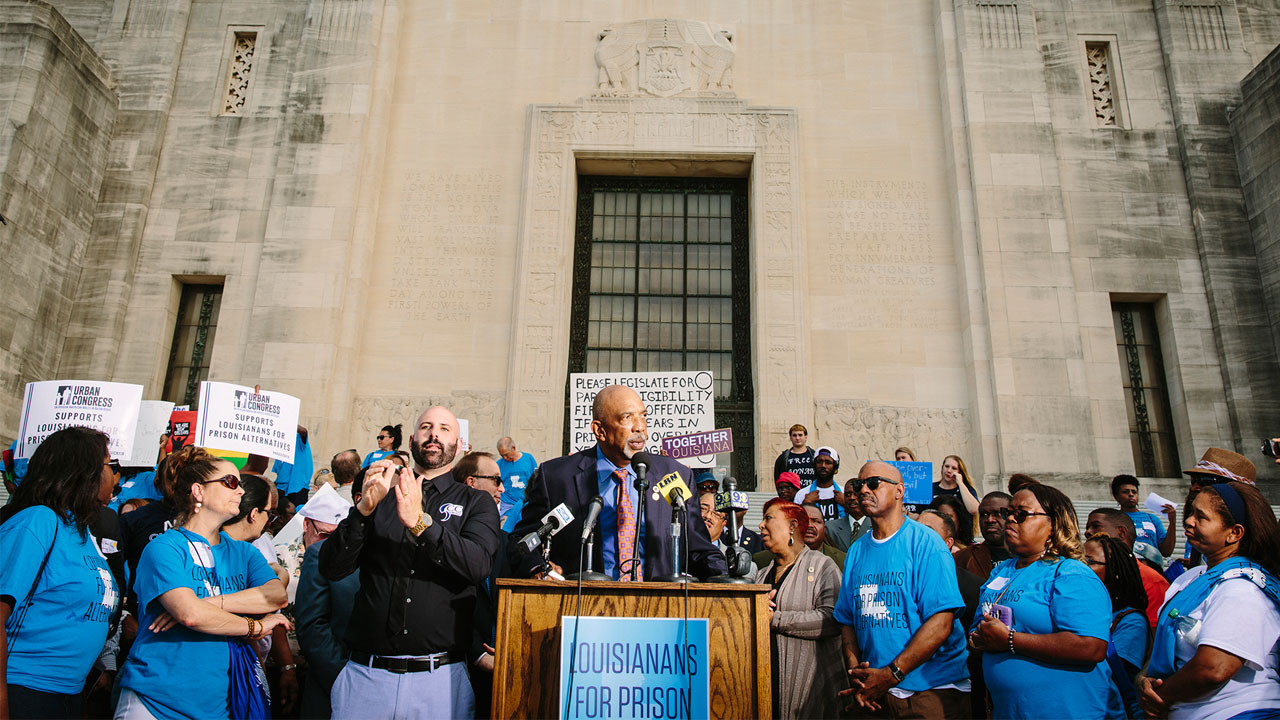 “Don’t just tell them (legislators) to vote for it,” said Syrita Steib-Martin, who founded Operation Restoration, which helps women and girls successfully re-enter society after incarceration. “Tell them how the criminal justice system affects you personally. That’s what’s going to make the difference.”

Flozell Daniels, president of Foundation for Louisiana and a member of the Justice Reinvestment Task Force that analyzed the state’s criminal justice system, reminded the crowd of how change happens.

“It only happens when you show up,” Daniels said.

He spoke to the crowd about his personal experiences with the criminal justice system, noting that his brother and son were incarcerated. Daniels’ son was later murdered – a death that remains unsolved.

Daniels then led the crowd in a chant: “We cannot wait to decarcerate.”

Attendees took the speakers’ advice and spoke to lawmakers in the Legislature, where Louisianans for Prison Alternatives was recognized on the House floor.

Rep. Patricia Smith, D-Baton Rouge, compared the effort, which can seem daunting in a deeply conservative state, to eating an elephant. 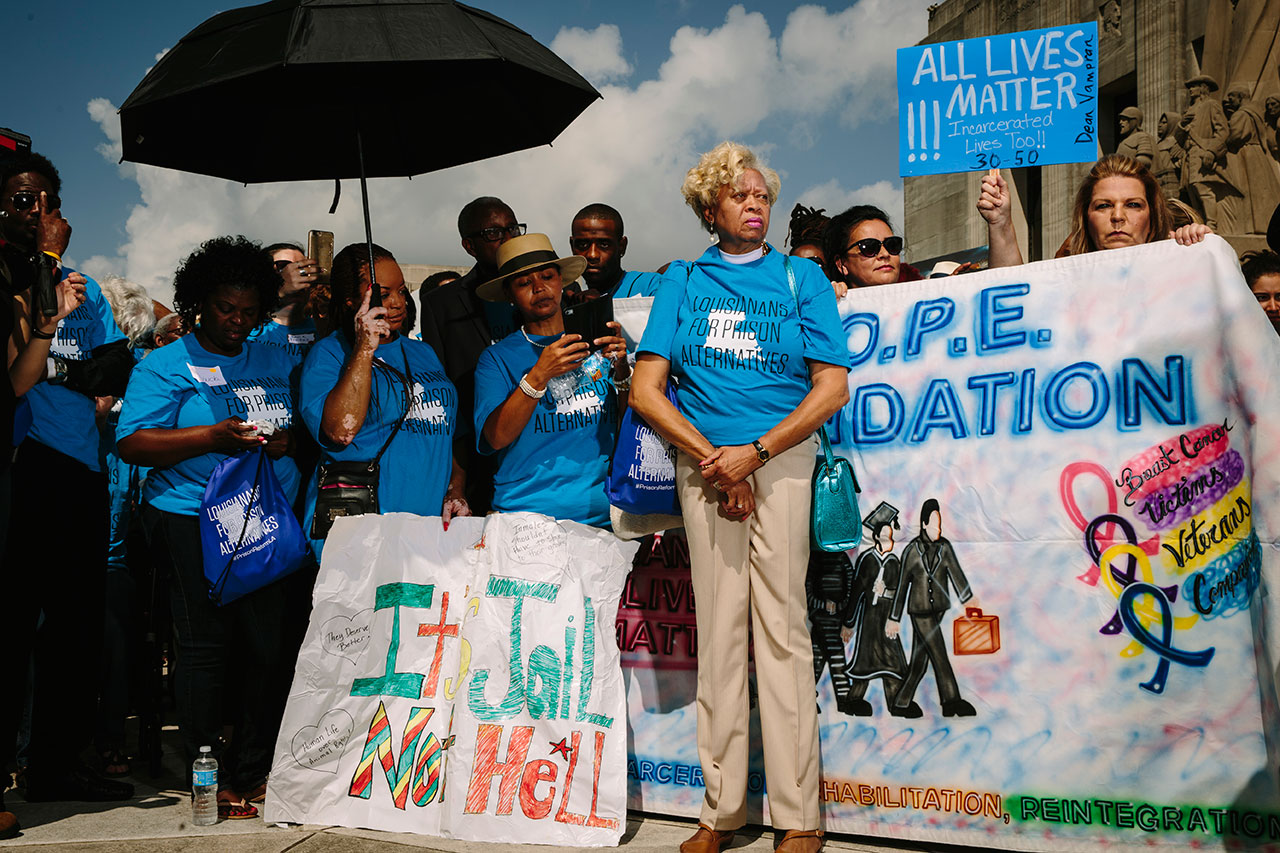