Editor's note: Within hours of the lawsuit's filing, a federal judge granted a temporary restraining order preventing officials from continuing to jail Kandace Edwards for her inability to pay bail.

The money bail system in Randolph County, Alabama, violates the constitutional rights of people charged with misdemeanors or felonies because it creates a “two-tiered” system of justice based on wealth, according to a federal class action lawsuit filed today by the Southern Poverty Law Center, the American Civil Liberties Union (ACLU), the ACLU of Alabama, and the Civil Rights Corps.

The suit is among the first to challenge the constitutionality of felony bail practices.

As in many other jurisdictions across the country, people charged with crimes in Randolph County are jailed following arrest if they can’t afford to pay bail. Those who face the same charges but can afford to pay are freed until trial.

“Jails are not meant to warehouse poor people who have not been convicted of a crime,” said SPLC Deputy Legal Director Sam Brooke. “Keeping people in jail cells for weeks or months simply because they can’t afford to pay for their freedom coerces people to plead guilty even if they are innocent, wastes taxpayer money on unnecessary detention, and is a form of wealth-based discrimination prohibited by the Constitution.” 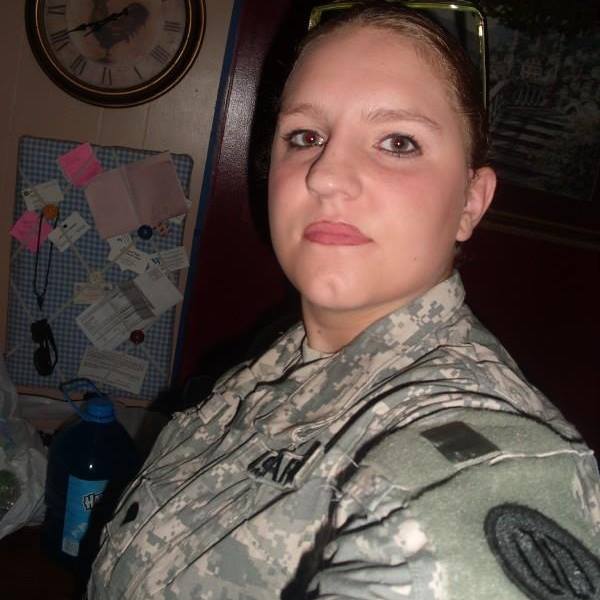 The suit was filed on behalf of 29-year-old Kandace Edwards in U.S. District Court for the Middle District of Alabama, Eastern Division. It accuses judicial and county officials of violating Edwards’ due process and equal protection rights.

Edwards, who has two young children and is seven months pregnant, was arrested yesterday for forging a $75 check. She is currently being held in jail because she cannot afford to pay $7,500 required by the court’s bail schedule.

“I am concerned about my health because I am currently sleeping on a mat on the floor in the jail,” she wrote in a declaration accompanying the complaint. “I am indigent. I have no assets.”

Edwards, who served in the Army National Guard from 2006 until 2010, wrote in the document that she recently lost her job due to her high-risk pregnancy and has been homeless since December.

In Randolph County, each offense has an assigned dollar amount. Anyone who can pay the full amount or arrange for payment through a bail bond company or other third party, is released automatically, without regard to whether they are likely to flee before trial or be a danger to the community. Those who cannot pay must remain in jail for up to a month for a release hearing. If they are not released after the hearing, they face six months in jail – or longer – until trial, because trials are scheduled only twice per year.

Studies show that money bail systems like Randolph County’s make it more likely that innocent people will plead guilty before trial so they can get out of jail.

Nationwide, as in Randolph County, the ability to pay is the most important factor in determining whether someone is released. Yet research demonstrates that money bail does not improve public safety or court appearance rates. Non-financial conditions of release – such as unsecured bond, reporting obligations, and phone and text message reminders of court dates – are more effective.

In Randolph County, money bail has a devastating impact. Nearly one out of every five people in the county lives in poverty. Almost half of the residents 17 and older are unemployed. The system is also particularly costly for the county. The Legislature recently passed a sales tax increase to build a new jail. The current jail is operating at more than three times capacity, and the vast majority of the people detained there are being held prior to trial.

Over the past two years, lawsuits have successfully challenged wealth-based detention in a number of municipal courts, resulting in reform and judicial orders condemning these practicesin Alabama, Georgia, Louisiana, Mississippi, Missouri, Tennessee and Texas. In 2014, an Alabama federal judge held in one such case that “[j]ustice that is blind to poverty and indiscriminately forces defendants to pay for their physical liberty is no justice at all.”

Following that decision, the SPLC and Civil Rights Corps worked with the 75 largest municipal courts in Alabama to reform their practices. Those courts no longer require most arrestees to pay for their release, resulting in a dramatic decrease in the state’s municipal court jail population. In the city of Hoover, the jail population dropped by almost 90 percent.