Louisiana may soon lose its title as the world’s leader in incarceration.

Bipartisan lawmakers and a diverse coalition of advocates overhauled the state’s criminal justice system. The reform passed this legislative session will reduce the time people spend behind bars, set them up to be more successful when they return to their communities and diminish the likelihood they will return to prison. It will also result in savings that will be used to improve public safety.

Those are big changes for a state that incarcerated 776 people per 100,000 residents in 2015 – far beyond the national rate of 458, according to Justice Department data. 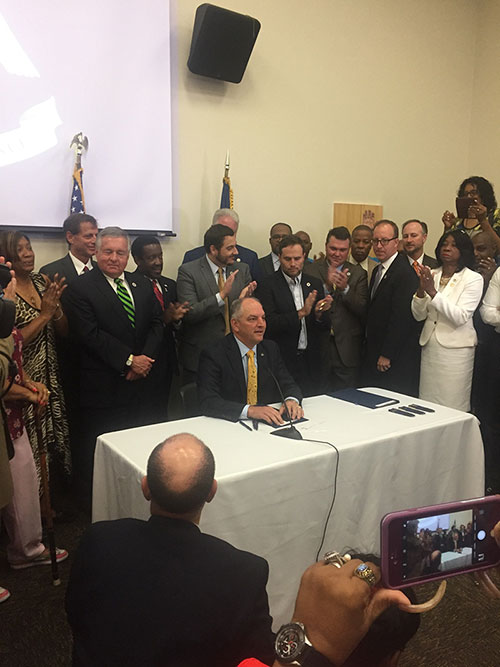 The SPLC is dedicated to fighting harsh sentencing practices across the South. Working as part of the Louisianans for Prison Alternatives coalition, the SPLC helped win support for criminal justice reform by taking the message of change to residents and lawmakers through town halls and a rally at the capitol that drew 600 people. The result was the passage of reform crafted from the recommendations of a task force that reviewed and analyzed Louisiana’s criminal justice system.

“Louisiana still has a long way to go toward fully reforming its criminal justice system,” Graybill said. “And we will not stop until we have a truly just system that respects and protects the rights of all Louisianans.”

Download the Practitioner's Guide to the Justice Reinvestment Package here.