North Carolina farmworkers and a coalition of civil rights groups – including the SPLC – filed a federal lawsuit today challenging a state law that guts the ability of farmworkers to organize and make collective bargaining agreements with employers.

The lawsuit argues that the North Carolina Farm Act of 2017 impedes farmworkers’ First Amendment right to participate in unions, and asserts that the law is discriminatory, as more than 90 percent of the state’s agricultural workers are Latino. The Supreme Court has repeatedly affirmed that the government cannot impose special burdens on expressive associations such as unions.

The lawsuit was brought on behalf of the only farmworkers’ union in the state — the Farm Labor Organizing Committee (FLOC) — and two individual farmworkers. The union, the SPLC and the other groups are asking the court to block implementation of the law as the challenge proceeds. 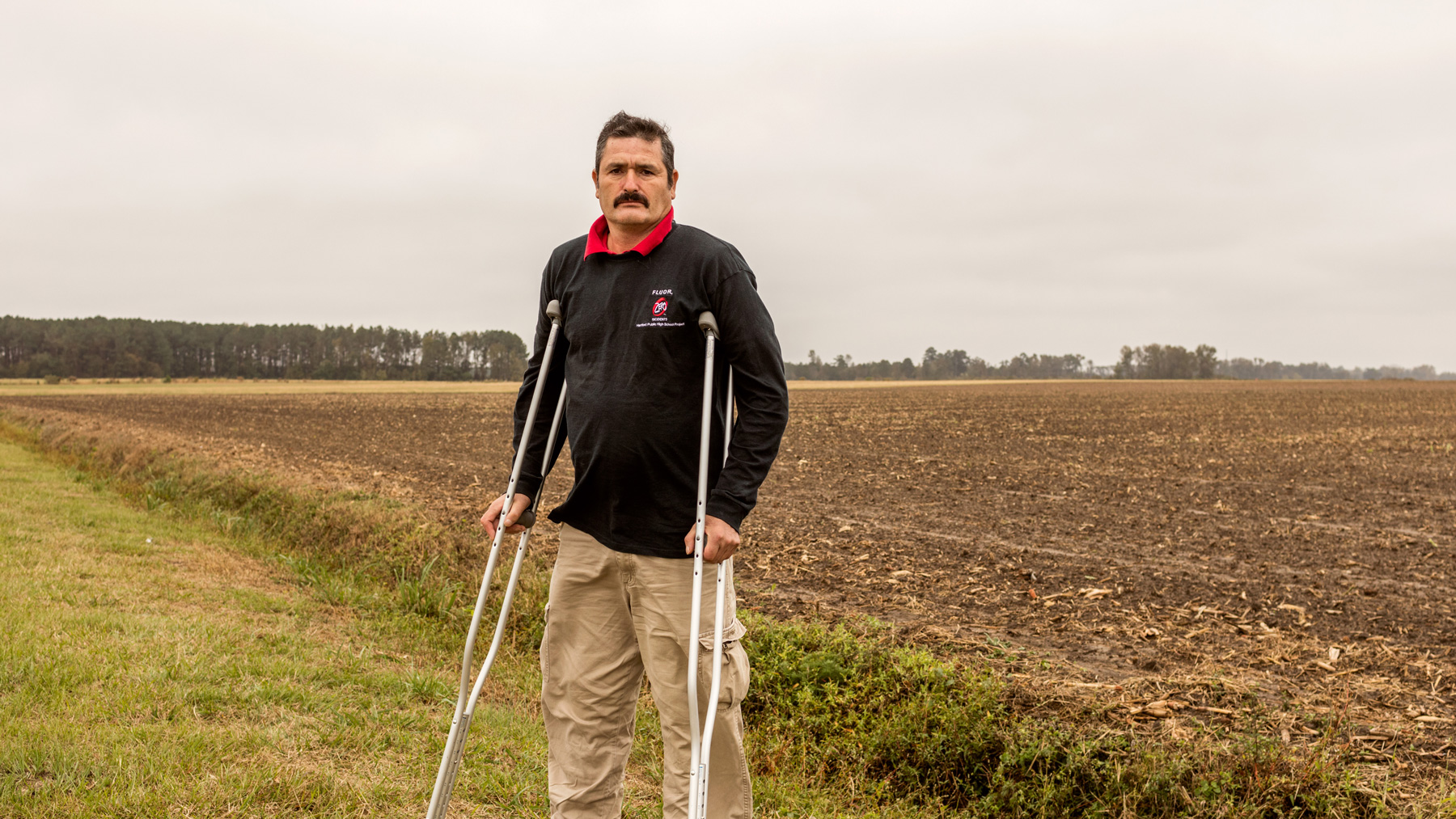 Arturo Hernandez, a member of the only farmworkers’ union in North Carolina, is recovering from on-the-job injury.
Photo Credit: Jeremy M. Lange

“Politicians that are also growers shouldn’t pass self-serving laws simply because they don’t want their workers to unionize,” said FLOC President Baldemar Velasquez. “With the continuation of Jim Crow-era laws that aim to stop a now almost entirely Latino workforce from organizing, this is an affront to freedom of association and smacks of racism. Companies like Reynolds American should be embarrassed that growers in their supply chains are attacking the very farmworkers who make their companies’ wealth.”

More than 100,000 farmworkers provide labor to North Carolina farms, helping to generate more than $12 billion for the state economy. The vast majority are Latinos and work seasonally, many under temporary H2A visas.

“Farmworkers provide indispensable labor to North Carolina’s economy,” said Kristi Graunke, senior supervising attorney at the SPLC. “In exchange for their sacrifices and hard work, the legislature has repaid them with suppression of their constitutional rights. They deserve fair compensation, humane working conditions, and the ability to remedy grievances through collective bargaining. This law swings open the door for worker abuse on every farm across the state.” 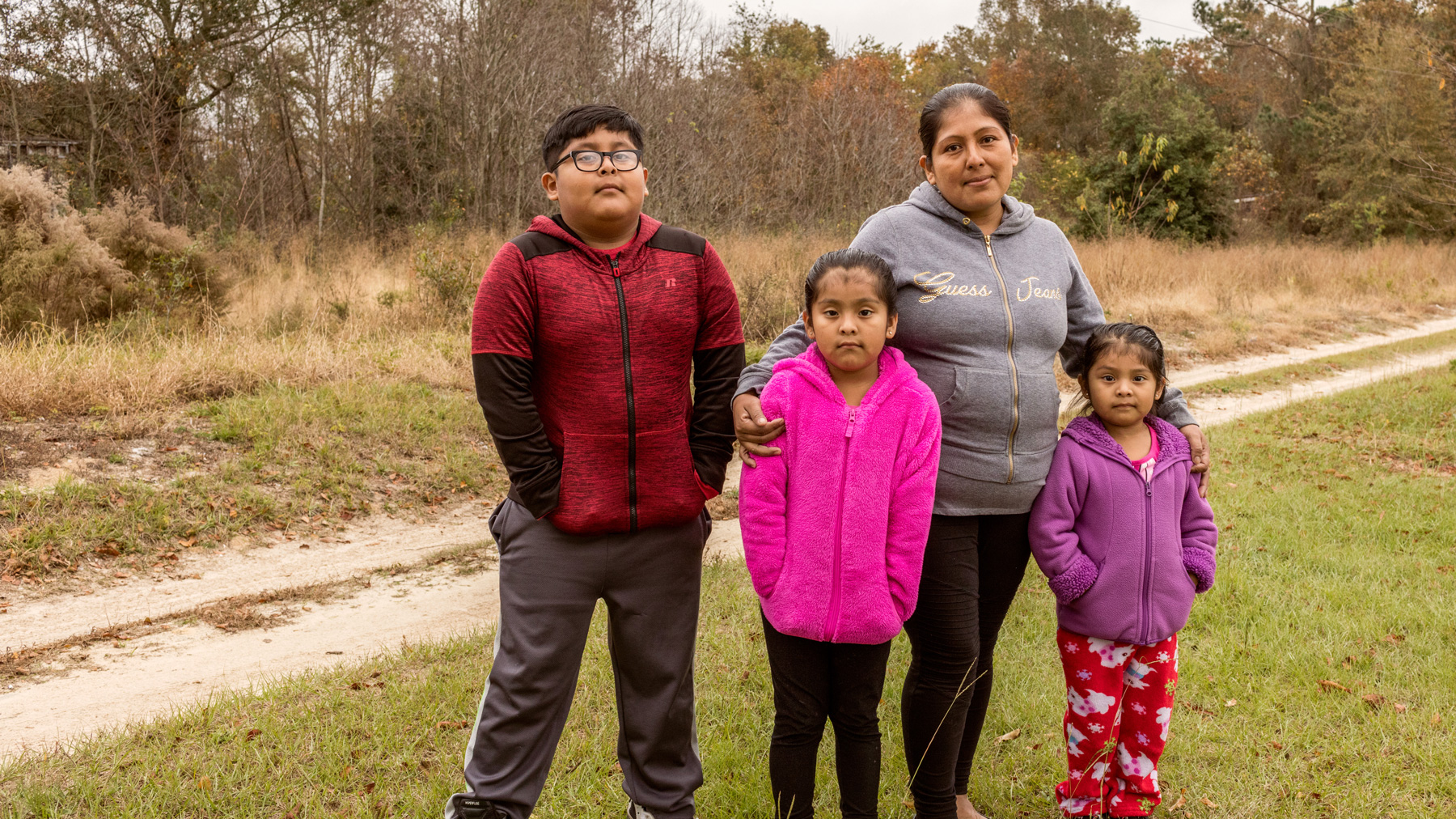 The law bars farmworker unions from entering into agreements with employers to have union dues transferred from paychecks — even if the union members want it, and even if the employer agrees to the arrangement. Because North Carolina is a so-called “right-to-work” state, dues deductions can only occur when individual workers choose to have dues deducted. Many of FLOC’s members are guest-workers who lack ready access to U.S. bank accounts, credit cards and other means of making regular union dues payments, and they therefore rely on dues transfer arrangements to pay their union dues. If those arrangements become invalid, the union will be required to divert most of its limited resources to collecting dues individually from each worker.

The law also prohibits agricultural producers from signing any agreement with a union relating to a lawsuit, such as a settlement in which an employer agrees to recognize a union, or a collective bargaining agreement that includes a promise not to sue. FLOC has used such voluntary agreements with employers to secure critical improvements in working conditions at farms, such as higher wages and an end to exploitative recruitment fees and blacklisting. In addition, FLOC has successfully challenged tobacco giants, such as Reynolds American, Inc. to acknowledge their responsibility for the conditions workers face in their supply chains. The new law introduces major obstacles to FLOC’s ability to renew its existing agreements and pursue more in the future. 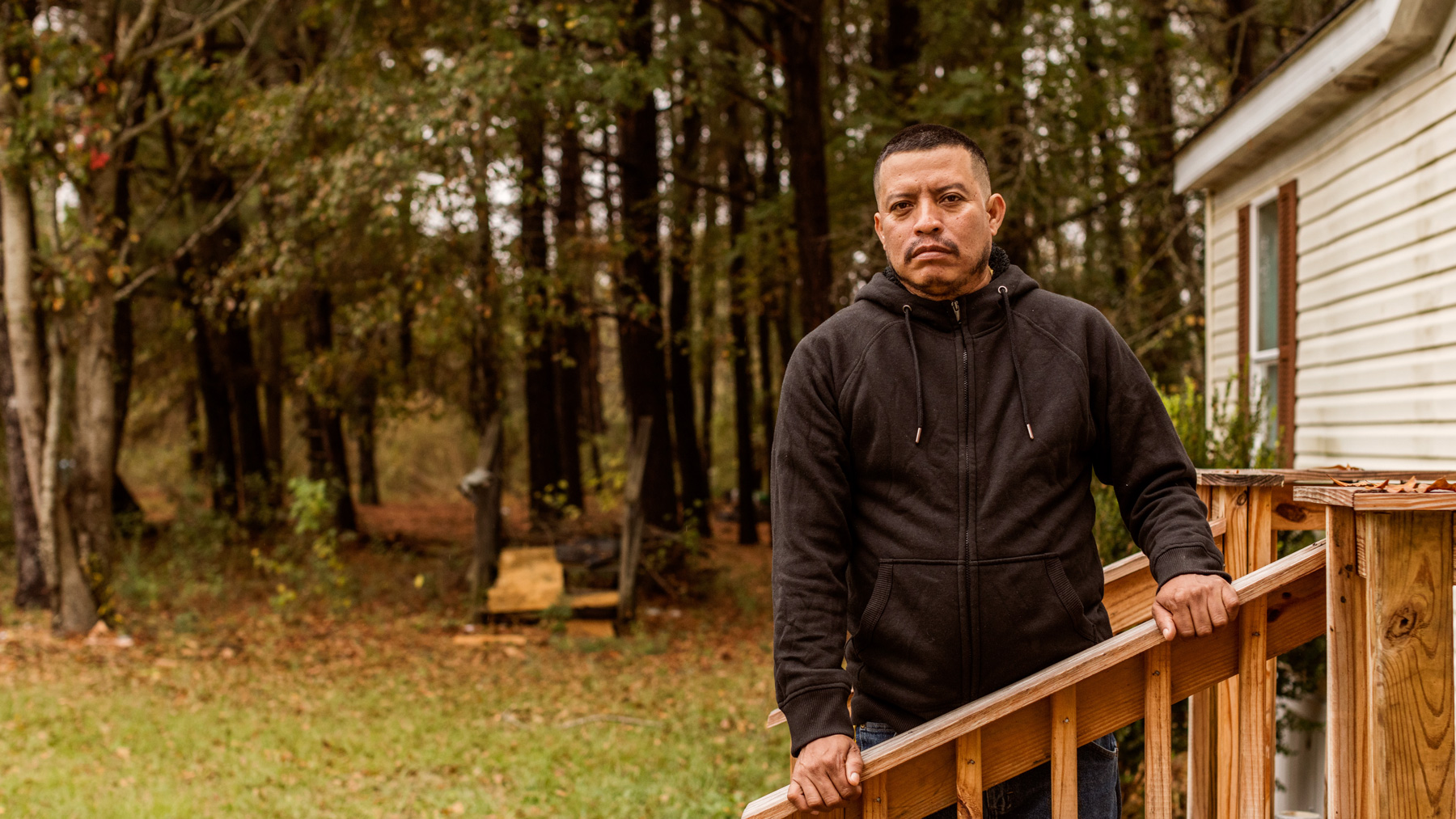 Horacio Mendoza Lopez is a member of North Carolina’s sole farmworkers’ union, which has been targeted by a state law limiting its ability to represent and advocate for farm laborers.
Photo Credit: Jeremy M. Lange

The law’s primary sponsor was State Sen. Brent Jackson, who owns Jackson Farming Company and was recently sued for wage theft by Latino farmworkers who were helped by FLOC. State Rep. Jimmy Dixon, an owner of Jimmy Dixon farm in Duplin County, was the only legislator to speak in favor of the anti-worker provisions in the bill on the House floor. He said the law was necessary because “there seems to be a growing wave of folks that are interested in farm labor.”

The American Civil Liberties Union (ACLU), the North Carolina Justice Center, and the Law Offices of Robert J. Willis joined the SPLC in filing the lawsuit. The groups are asking the court to declare the law unconstitutional under the First and Fourteenth amendments. They are also asking the court to grant preliminary and permanent injunctions, restraining state officials from enforcing the law.