Courts in 14 Alabama counties awarded $2.2 million to law enforcement agencies through civil asset forfeiture actions filed in 2015 – and in a quarter of the 1,100 cases, law enforcement sought to keep property seized from people who were never even charged with a crime, according to a report released today by the SPLC and the Alabama Appleseed Center for Law & Justice.

The study – Forfeiting Your Rights – paints a disturbing picture of a legal process that was once intended to strip illicit profits from drug kingpins but has since evolved into a revenue-generating scheme for law enforcement, one that is now being widely used against people accused of low-level crimes, particularly marijuana offenses, or no crime at all.

Civil asset forfeiture has been widely condemned across the ideological spectrum as an abusive practice that deprives Alabamians of their due process and property rights. The 1,100 cases examined for the report represent 70 percent of all such cases filed in Alabama in 2015. 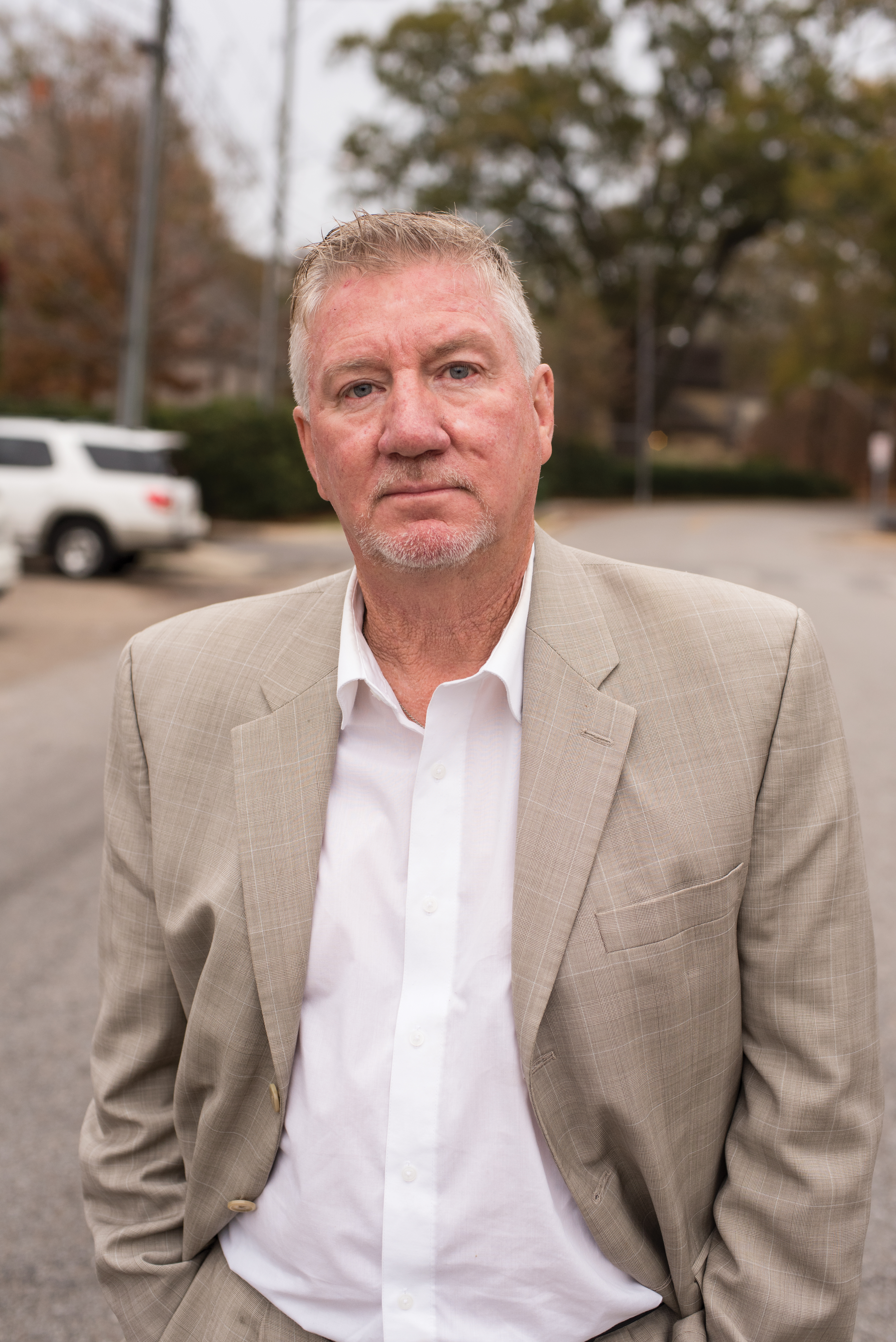 Jamey Vibbert, a car dealer in Dothan, became embroiled in civil asset forfeiture proceedings when prosecutors seized $25,000 he had been paid for two vehicles.

“It’s time for Alabama lawmakers to place the burden where it belongs – on the government,” said Sam Brooke, deputy legal director for the SPLC. “Civil asset forfeiture is broken beyond repair. We urge legislators to ensure that only people convicted of a crime can lose their property through criminal forfeiture and to bring transparency and accountability to the forfeiture process. These reforms would protect due process rights and hold those who commit crimes accountable.”

Under current state law, law enforcement agencies can seize property on the mere suspicion that it was either involved in a crime or derived from certain criminal activity. A civil court then decides whether the agencies involved can keep it. In these court proceedings, while the initial legal burden falls on the prosecutor, the low standard of proof means that the property owner carries the burden of proving the property is “innocent” of the alleged crime.

“In Alabama, law enforcement can take and keep your cash, your car or your house – even if you are never charged with a crime,” said Frank Knaack, executive director of Alabama Appleseed. “Civil asset forfeiture turns the basic American principle of innocent until proven guilty on its head. To make matters worse, law enforcement can keep and spend up to 100 percent of the proceeds of forfeited property, no strings attached. It’s a system that incentivizes the pursuit of profit over the fair administration of justice.”

Forfeiting Your Rights profiles Alabamians whose lives have been upended through their experience with civil asset forfeiture.

Dothan resident and car dealership owner Jamey Vibbert had $25,000 seized from his bank account when prosecutors claimed that another man had used drug profits to buy vehicles from him. Even after a judge found Vibbert innocent and an assistant district attorney apologized for the charges, he had to hire a lawyer to get the money back in the civil proceedings.

“I am finally back on my feet after the several months of court proceedings and years of trying to rebuild my reputation as a trustworthy businessman,” Vibbert said.“Even after I was found innocent, I still had to hire an attorney to get my money back from the government. The system is unjust and unfair, and nearly ruined my life.”

Though rooted in centuries-old admiralty law, civil asset forfeiture gained widespread use in the 1980s and the following decades as part of the War on Drugs. Today, however, drug kingpins are rarely the target. The report found that in half of the cases examined where cash was seized, the amount of cash was $1,372 or less. Because that amount is often less than the typical cost of hiring an attorney to challenge the forfeiture, many cases go uncontested. In fact, in 52 percent of all cases filed across Alabama in 2015, the property owner did not challenge the forfeiture in court.

The original justification for civil asset forfeiture is further undermined by the fact that in 25 percent of the cases, the individual whose property was seized was never charged with a crime. And in 18 percent of the cases where criminal charges were filed, the charge was simple possession of marijuana and/or paraphernalia.

Further, based on both the limited data on race in this study and interviews with lawyers who represent clients in civil forfeiture cases in Alabama, there appear to be racial disparities at work. The report found that in 64 percent of the cases that involved criminal charges, the defendant was African-American, even though African-Americans comprise only about 27 percent of Alabama’s population. 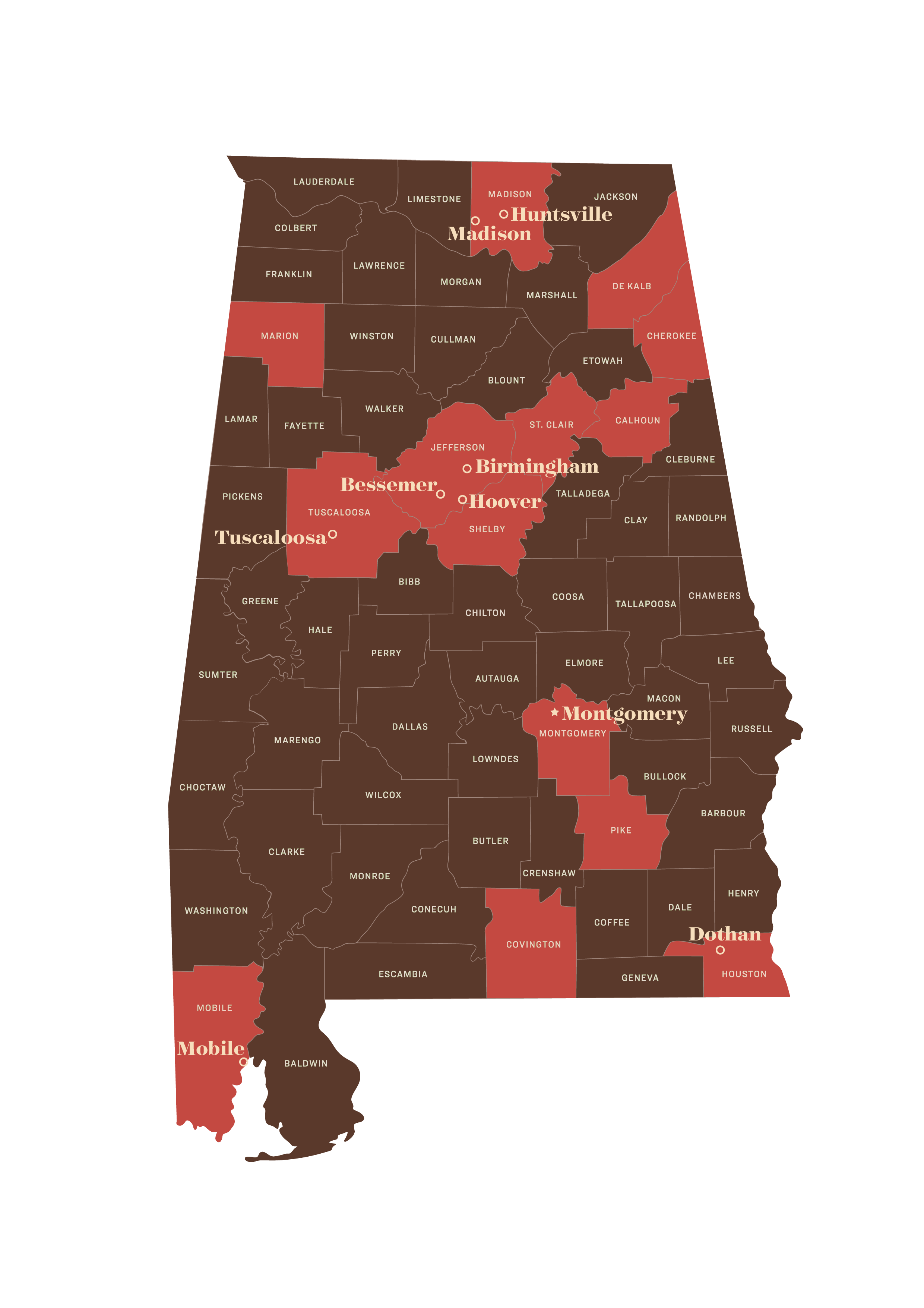 In addition to the $2.2 million awarded to 70 government entities in 14 counties in cases initiated in 2015, the report found that law enforcement agencies in the state gained an additional $3.1 million from forfeiture cases handled by the U.S. government.

The legislation introduced today by Alabama State Sen. Arthur Orr (R-Decatur) and Alabama State Rep. Arnold Mooney (R-Birmingham) would require that the forfeiture process occur within the criminal case; ensure that innocent property owners can quickly challenge the seizure of their property; require annual, centralized reporting of all seizures and forfeitures and what government agencies spend forfeiture proceeds on; and prohibit state and local government entities from receiving proceeds from federal forfeiture actions through what is known as the “equitable sharing” program.

“No criminal should be able to profit off of their crime,” Orr said. “Our laws must also protect innocent Alabama property owners. Currently, Alabama law does not provide those basic protections. Our legislation is a win-win: It ensures that law enforcement can hold the bad guys accountable, and protects the rights of innocent Alabama property owners.”

Mooney added, “Individual liberty and property rights are not adequately protected under Alabama’s civil asset forfeiture laws. Our legislation strikes an equitable balance between individual rights and public safety. It preserves the ability of law enforcement to seize and keep the fruits of crime while restoring the doctrine of innocent until proven guilty.”