An “I Voted” sticker stuck prominently to Jazmine Clay’s yellow T-shirt as she walked toward a pavilion in Birmingham’s Learning Tree Park, next to her polling place.

Party at the Polls, a celebration of voting rights restoration, was in full swing. Music played over loudspeakers. Volunteers milled around, chatting with people who stopped for one of the hot dogs sizzling on the grill.

Clay has voted in every election since 2008, when she was old enough to cast a ballot. But after voting Tuesday, she needed help. She wanted to know if her brother, who is currently incarcerated in Ohio, had the right to vote.

Blair Bowie, who oversees the efforts of community organizers for the Alabama Voting Rights Project, sat down with her at a wire picnic table under the pavilion. Bowie pulled out her phone and entered Clay’s brother’s name and date of birth into RestoreYourVote.org.

“Did I spell that right?” Bowie asked.

The information was unavailable, so Bowie wrote the website down on a booklet about voting rights restoration. Clay will give her brother the name of the website so he can vote once he’s been released from prison.

“In Ohio, you get to vote after you’re released,” she told Clay.

That’s not the case in every state. Nationally, 6 million Americans are unable to vote because of prior felony convictions.

But that’s beginning to change. In Florida this week, voters approved Amendment 4, restoring voting rights to 1.5 million people with felony convictions. The SPLC invested heavily in support of the amendment and is working throughout the Deep South to restore voting rights to people who have been disenfranchised.

The Alabama Voting Rights Project, a partnership between the SPLC and the Campaign Legal Center, is part of that effort.

In 2017, Alabama passed the Definition of Moral Turpitude Act to specify the convictions that disqualify people from voting. Previously, it was left up to county officials to determine who could vote and who couldn’t, based on their previous convictions. This holdover from the Jim Crow era disenfranchised 280,000 Alabamians, about 7.6 percent of the state’s voters. But it disproportionately affected African Americans. By 2016, according to The Sentencing Project, 15 percent of the state’s African-American adults had lost their right to vote.

After passage of the law, many people with past convictions had no idea they might be eligible to vote, because neither the state nor Alabama Secretary of State John Merrill bothered to tell them. Organizers with the Alabama Voting Rights Project are working to educate and register these potential voters.

John Paul Taylor, an Alabama Voting Rights fellow in Birmingham, estimates that 1,500 people have been registered since the project started in July.

“We try to follow them through the process,” Taylor said, not only helping them register to vote and find their polling places but encouraging them to get out on Election Day.” 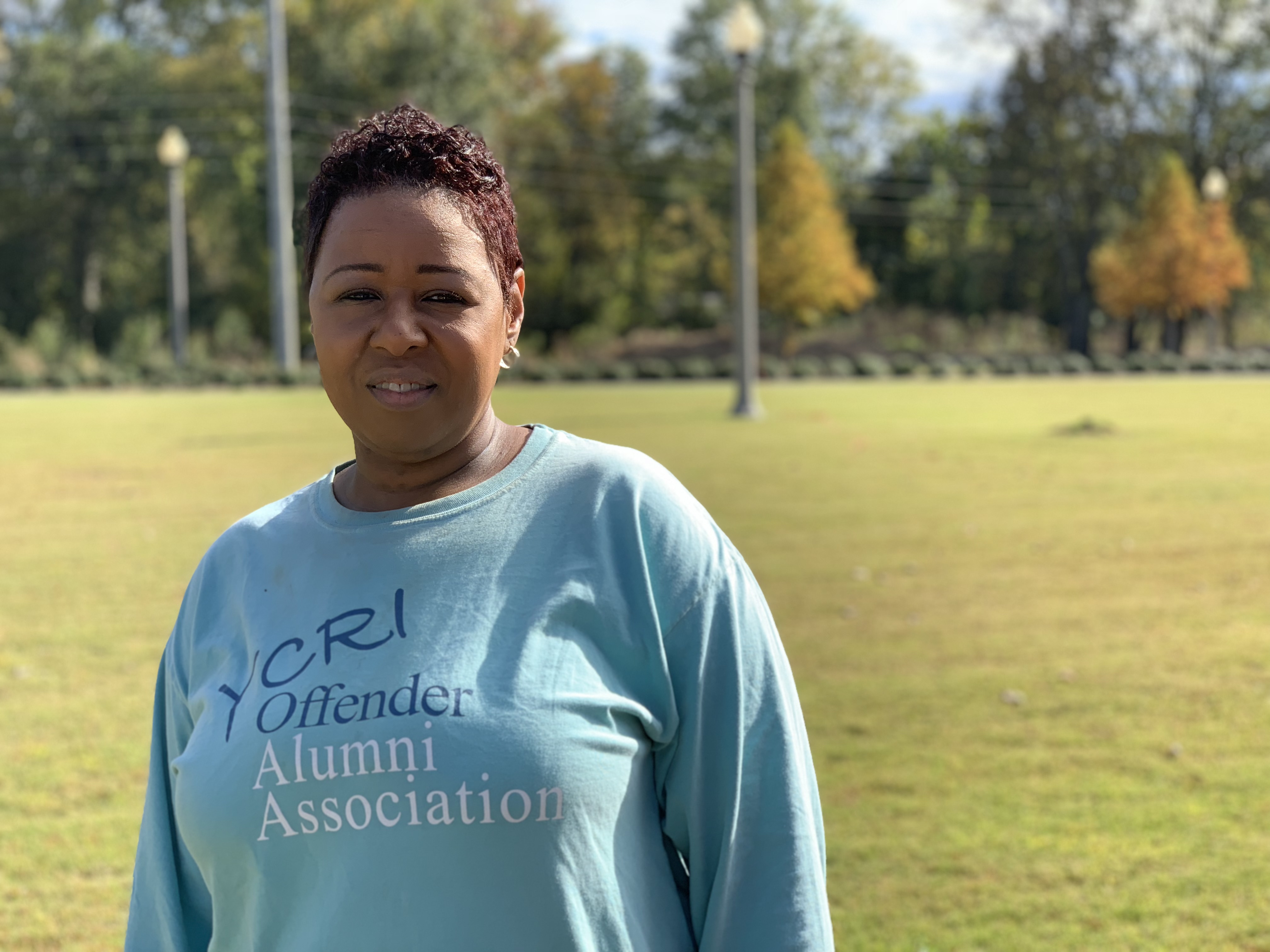 Stephanie Hicks, 47, voted in every election between the time she turned 18 and the time they were taken away due to a felony conviction in 2016. Her rights were restored just in time for her to cast a ballot in Alabama's Special Election in December 2017.

Stephanie Hicks understands what it’s like to lose the right to vote – and to get it back.

“I feel a kinship because I’m a former offender,” she said. Underneath a bright blue T-shirt with the Alabama Voting Rights Project logo, she wore a sweatshirt reading “Offender Alumni Association.”

Hicks, 47, voted in every election from the time she turned 18 until she was convicted of embezzlement and served a six-month prison sentence in 2016.

“I have met a lot of former offenders who would like to vote again,” she said.

She has also met people employed in the criminal justice system who believe that people convicted of crimes do not want the right to vote. Hicks knows from experience that is not true. “Even those former offenders who cannot vote, they’re encouraging their family members to vote.”

She did so during the 2016 presidential election, pleading with her son, then 26, to cast a ballot. She said he remained uninterested until she told him, “Please vote because I can’t.”

Hicks regained her right to vote shortly before Alabama’s special election for a U.S. Senate seat in December 2017. She used it.

“Our vote is valuable, which is why people are trying to keep us from voting. And a lot of times, we don’t realize the power we have.”