Manuel Duran, an investigative journalist who was detained after reporting on the collusion between U.S. Immigration and Customs Enforcement (ICE) and local law enforcement in Memphis, Tennessee, was released today from ICE detention and will be reunited with his fiancée.

“I feel like I’m reborn,” Duran said moments after his release. “I am happy for this day. It has been a very difficult time but thanks to God, this is the day I waited for. I am grateful for my team, family, and my community for all the help.”

Duran, who spent 465 days behind bars, demonstrated remarkable persistence, said Gracie Willis, an attorney for the SPLC, adding that his release represents a victory for free speech and journalists’ First Amendment rights.

“We are thrilled that Manuel will finally be reunited with his family and community,” Willis said. “While Manuel’s release is cause for celebration, we are reminded that his struggle over the last 15 months is an indictment of an immigration system clearly designed to force immigrants seeking relief under the law to give up on their meritorious cases.”

Duran was arrested in April 2018 while covering a Memphis protest focused on local law enforcement’s practice of detaining suspected immigrants and handing them over to ICE. Previously, his investigative reporting had exposed the ways in which local law enforcement cooperates with ICE to detain immigrants, and how this negatively impacts Memphis communities.

He was released from Etowah County Detention Center in Gadsden, Alabama, after attorneys with the SPLC and Adelante Alabama Worker Center sought his bond. The attorneys had previously filed two petitions seeking his release from unlawful detention.

Earlier this year, the 11th U.S. Circuit Court of Appeals sent Duran’s case back to the Board of Immigration Appeals to fully consider evidence of increasingly dangerous conditions faced by journalists in El Salvador, as well as Duran’s other claims for relief.

In addition to the SPLC and Adelante Alabama Worker Center, Latino Memphis has represented and supported Duran in his asylum case. He has also received support from many members of the Memphis community.

“The system not only wasted resources on Manuel’s lengthy detention, but it also showed Manuel, a Salvadoran journalist persecuted in his home country, that the United States does not live up to the ideals of freedom and refuge that our country so often espouses,” Willis said. “Manuel has never represented a flight risk; he is a public figure intent on pursuing his asylum case. Despite that, the government continued to jail him unnecessarily in the horrific conditions for which these detention centers have become notorious.” 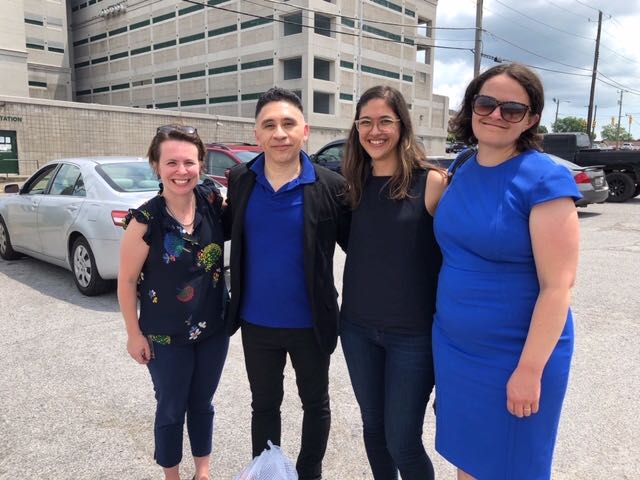 “Etowah is notorious as ICE’s long-term detention warehouse, where people are sent to destroy their hopes,” said Jessica Vosburgh, executive and legal director of Adelante Alabama Worker Center. “Manuel’s story reminds us of the importance of not giving up hope and the will to fight, even in the face of a virulently anti-immigrant federal administration.”