At a workshop for teachers about educating children on American slavery, one instructor grew angry and insisted that Thomas Jefferson – who fathered biracial children with an enslaved woman on one of his plantations – was an advocate for racial equality.

In fact, Jefferson, who never acknowledged that he had children with Sally Hemings, remained a staunch advocate of slavery, with more than 600 enslaved people on his plantations.

“If anything, he hardened his position about abolishing slavery over time,” said Tiferet M. Ani, a social studies instructional specialist for the Montgomery County, Maryland, public school district who led the workshop last summer at the National Museum of African American History and Culture.

As the country this month commemorates 400 years since what is frequently referenced as the beginning of chattel slavery in America, the challenges of educating children about slavery underscore the issues that America continues to face in acknowledging its original sin. 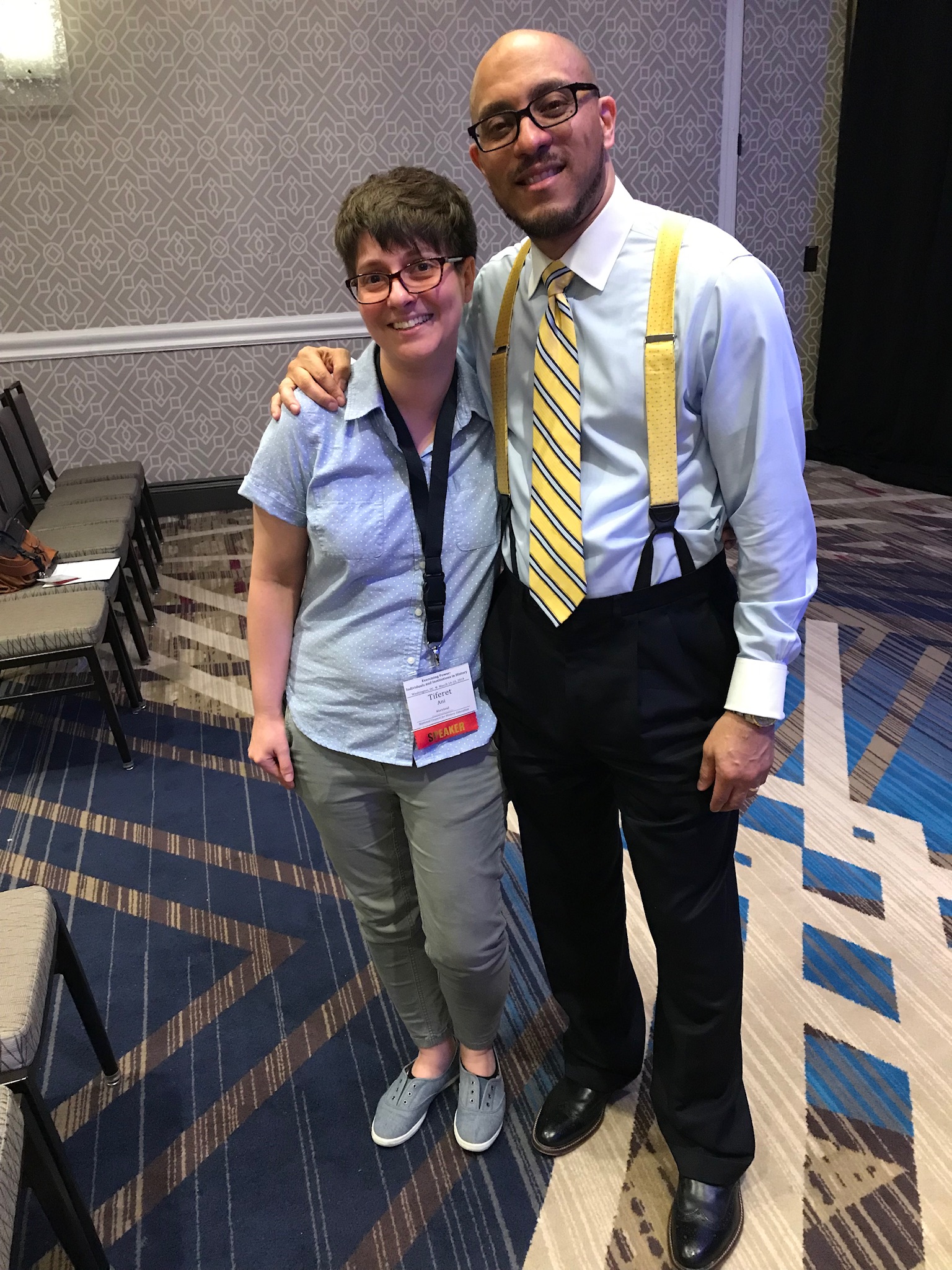 In Teaching Hard History: American Slavery, the SPLC’s Teaching Tolerance project last year detailed the ways in which schools are failing to adequately teach this history and how Americans lack a basic knowledge of the fundamental role slavery played in shaping the country.

In response, Teaching Tolerance developed a framework and a set of recommendations for teaching about American slavery for students in grades 6-12. Earlier this month, Teaching Tolerance expanded those recommendations into a first-of-its-kind framework for introducing the subject to elementary students. The framework also includes guidance for teaching about the enslavement of Native Americans.

Ani, who attended a webinar on last year’s Teaching Hard History recommendations, incorporated the recommendations into the eighth-grade history curriculum for Montgomery County Public Schools, in the 14th-largest school district in America, with more than 160,000 students. She plans to include the latest recommendations in next year’s curriculum.

“As the nation marks 400 years of the first enslaved Africans’ arrival in Jamestown, Virginia, in 1619, we would like to encourage more teachers like Tiferet Ani to help create a just and equal society by teaching about the role enslavement played in the nation’s history,” said Maureen Costello, director of Teaching Tolerance. “Until teachers do a better job of educating about the harsh realities and racial injustice of slavery, as well as the humanity and creativity of those who were enslaved, they will never be able to help students understand today’s disparities in wealth, education and incarceration. It will be impossible for us as a society to eliminate the racial inequities that continue to divide us.”

In addition to including lessons about slavery in the Montgomery public schools curriculum, Ani trains teachers in the district about slavery education, and most of these instructors appreciate the ways in which she makes it easier for them to teach about a difficult subject.

“Many of the teachers were eager to have a curriculum that was more representative of the students in their classrooms and that encouraged all students to question and evaluate U.S. policies that created racial inequities,” Ani said. “However, some teachers who wanted to continue teaching a patriotic nationalistic narrative of American history had a hard time adjusting to the new curriculum that questioned American exceptionalism. These teachers needed additional support and learning on how failing to honestly confront and teach the past impacts students.”

In August 1619, a ship arrived in what is now Jamestown, Virginia, carrying about 20 Africans who had been captured in Angola. The new arrivals were the first documented enslaved Africans brought to English-controlled territory in what is now the United States.

However, slavery in the present-day United States actually predated them. The English, along with the Spanish and French, had earlier enslaved indigenous peoples. And the Spanish, who had been transporting enslaved Africans to present-day Latin America since the early 1500s, had brought them to colonies in the Carolinas and St. Augustine in Florida.

The “20 and odd” Africans who came ashore in 1619 had been seized by English pirates from the San Juan Bautista, a Portuguese slave ship that had originally taken about 350 people from what is now Angola, on the southwestern coast of Africa. About 150 died on the voyage.

As it drew near to its destination, the Bautista was attacked by two English privateer ships, the White Lion and the Treasurer. Crews from the two ships stole up to 60 of the African captives from the Portuguese ship. It was the White Lion that docked at Virginia Colony’s Point Comfort, and its crew traded some of the prisoners for food on Aug. 20, 1619, according to history.com.

“Those men and women who came ashore on that August day were the beginning of American slavery,” Nikole Hannah-Jones wrote in “The 1619 Project,” a collection of articles exploring slavery in The New York Times Magazine. “They were among the 12.5 million Africans who would be kidnapped from their homes and brought in chains across the Atlantic Ocean in the largest forced migration in human history until the Second World War. Almost two million did not survive the grueling journey, known as the Middle Passage.”

Enslaved Africans built the plantations of presidents including Jefferson, George Washington and James Madison. They laid the foundations of prominent Washington, D.C., buildings including the White House and the Capitol. The products of their labor and the selling of their bodies helped Wall Street become the financial capital of the world, as Hannah-Jones noted in her report, and as Teaching Tolerance includes in its Teaching Hard History framework.

But today, Americans do not fully acknowledge the importance of slavery in the nation’s history, nor do they recognize its ongoing impact because they don’t learn enough about it in school, according to Teaching Hard History.

Ani is working hard to change that.

In her own eighth-grade class, which is predominantly black and Latino, she uses slave narratives to teach about the reality of living as enslaved people, in their own words.

Among the narrative authors are Sojourner Truth, who escaped from slavery to become an abolitionist and women’s rights activist; Solomon Northup, the primary author of the memoir Twelve Years a Slave that was made into a movie starring Chiwetel Ejiofor; and Nat Turner, an enslaved preacher who led a two-day rebellion of both enslaved and free black people.

In many cases, these memoirs include a racial slur against black people, Ani said.

“I made the decision to remove the n-word and instead use symbols as if it were a bad word,” she said. “I wanted them to know that it was a hurtful word that they shouldn’t use.”

She also led her students to talk about the n-word in class.

“We had a discussion about whether they use it in the hallways, and who is allowed to say that word,” she said. “As a white person … it wasn’t up to me to say how students of color should use it. That was a really rich discussion.”

She also raised the question of whether Andrew Jackson – an enslaver who signed the Indian Removal Act that led to the deaths of thousands of Cherokees – should be honored on the $20 bill instead of Harriet Tubman, who escaped from slavery to become the most famous “conductor” on the Underground Railroad, which led many enslaved people to freedom.

But one of Ani’s proudest moments came when a white student, in the middle of class, corrected himself in using the word “slave,” changing it to “enslaved person.” Enslaved people were human beings with hopes, dreams and fears who were placed into that position by other people, she had taught.

“I really started to see this curriculum as re-educating white students so they could have the right historical knowledge,” she said.