Drugs were a way of life in the economically struggling “Brickyard” neighborhood of Clarksdale, Mississippi, where Nicky Patterson grew up.

An honors student at Coahoma Agricultural High School who earned a basketball scholarship to college, Patterson never wanted drugs to be part of his life. But in order to get by, he sold marijuana and cocaine.

Although he loved college and playing ball, he quit both as a young father to focus on providing for his children. Drugs were all around him, so he knew that selling them was a fast and easy way to earn cash.

In 2000, he was arrested for marijuana possession and was sentenced to three years’ probation. In 2007, he received two separate charges for simple drug possession. For those charges, he was sentenced to house arrest for one year, along with four years’ probation. In November 2008, he was charged again with simple drug possession. Because he had two prior convictions, the district attorney’s office could prosecute the November 2008 charge under the habitual offender law.

“I didn’t want my children to grow up like I did, where drugs were everywhere, but there came a point when I couldn’t pay my bills,” said Patterson, now 45. “But I never liked selling drugs, not one minute.”

On Nov. 16, 2008, because the district attorney’s office chose to prosecute him under Mississippi’s habitual offender law, he was sentenced to 26 years in prison. Under the law, also known as the “Three Strikes Law,” a person convicted of a third felony can be harshly punished, regardless of the severity of the crimes. The law gave Patterson no possibility of parole, even though his offenses were nonviolent.

In April 2019, however, the SPLC – through its Three Strikes Project – was able to get Patterson released on parole. The project aims to reduce Mississippi’s overly crowded prison system by providing pro bono representation to individuals serving mandatory prison sentences for nonviolent offenses. 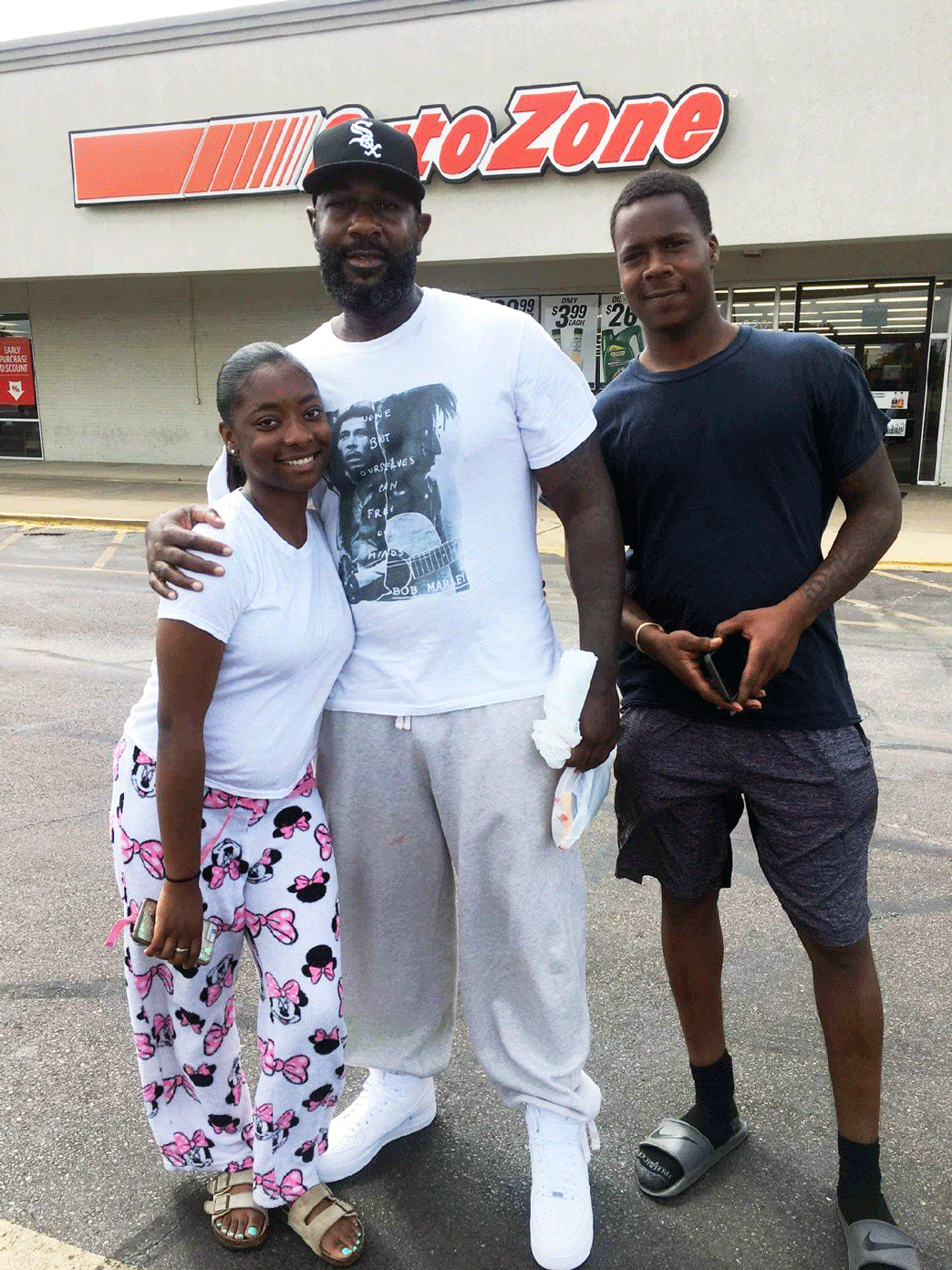 “That sentence was not fair to me,” Patterson said. “I don’t expect people to understand, and I don’t want to justify what I did, but 26 years? That wasn’t fair.”

The Three Strikes Project emerged from the SPLC’s criminal justice reform work, which culminated with the passage of Mississippi House Bill 585 in 2014. Under the bill, someone who was sentenced to a mandatory maximum, parole-ineligible sentence under the “Three Strikes Law” and has served at least 25 percent of his or her sentence may petition the sentencing court for parole eligibility.

“One petition at a time, the project strives to strengthen families and communities, and aims to allocate more funds for rehabilitation, education and enrichment, rather than incarceration,” said Jade Morgan, the SPLC attorney who represented Patterson. “Within the first year, the team was able to get four petitions granted. As a result of the four granted petitions, more than 70 years were taken from the Mississippi Department of Corrections (MDOC), which saved Mississippi taxpayers over $1.3 million in housing costs.”

Before 2018, however, if a prosecutor sought to impose the mandatory maximum sentence through the “Three Strikes Law” and secured a conviction, judges were required to order the statutory maximum without the possibility of parole.

For Patterson, finding out that he was ineligible for parole during his 26-year sentence was gut-wrenching.

Mississippi joined the tough-on-crime wave that swept the country decades ago, establishing harsh penalties for repeat offenders in 1976. The state spent more than $40 million in 2018 to incarcerate individuals like Patterson, who were sentenced for nonviolent offenses.

The project also secured parole for Donnie Cook, 56, a Jackson, Mississippi, resident who was sentenced in 2005 to 30 years in prison without the possibility of parole, based on a charge of intent to produce methamphetamine.

“It feels great to be out, even if it is on parole,” Cook said. “I’m very excited to begin this new chapter, and right now, I don’t see me ever being locked up again.”

‘The project saved me’

Mississippi has one of the highest per capita incarceration rates in the world. A 2018 poll of 800 registered voters in Mississippi indicated that nearly eight out of 10 voters believed it was important to reduce the number of people in jail or in prison.

Through the Three Strikes Project, the SPLC aims to help incarcerated individuals who have received draconian prison sentences return to their loved ones and become productive members of society, where they can engage in the rehabilitative process outside of prison walls.

Patterson’s release was the project’s first. He served 11 years of his 26-year sentence and was released on May 8, 2019.

“I had never had a lawyer ask me if they could represent me,” Patterson said. “Jade Morgan really fought for me at a time when I thought no one cared. I started crying when they granted my petition, I was so happy. The project saved me.”

Following his release on parole, Patterson has remained committed to the ongoing fight to improve the criminal justice system by attending prison reform rallies in Jackson.

He also plans to write a book about his journey, and to open a barbershop after he and his fiancée get his parole transferred to Arkansas, where they plan to move.

“I’ve done a lot of adjusting,” he said. “People know I’m a really strong person, and that’s something I have to live up to. I try to be the best I can be now.”