Jordan Winder did not apply to the high school of his choice, because the dreadlocks he’s been growing nearly half his life are not allowed there.

The thick, tightly wound strands of hair that stretch down the length of Jordan’s back do not comply with the grooming policy at St. Augustine High School in New Orleans. 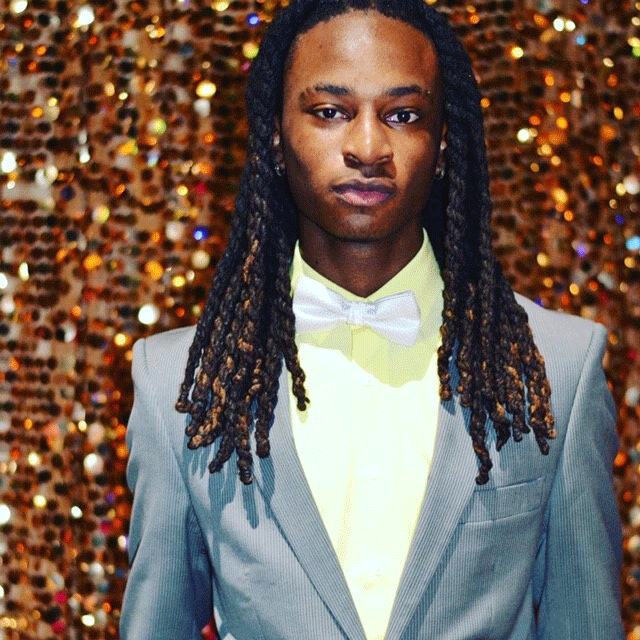 The policy at the private, all-boys Catholic school that Jordan’s father attended doesn’t allow students’ hair to be longer than one inch. It specifically bans dreadlocks, and Jordan refuses to cut them. So instead, he enrolled at a public school that allows him to wear his hair the way he likes it.

“I decided to grow my hair at a young age. Just to stand out, to be different,” said Jordan, 15, who wanted to play the trumpet, trombone and mellophone at St. Augustine, which has a well-respected marching band. “I never really liked having a fade or a bush. I just decided to grow my hair out. I just couldn’t go to school where I wanted. It made me feel pretty disappointed.”

Jordan’s voice has joined the chorus of Black people across the country who are calling for a change to discriminatory policies in schools and workplaces that ban the hairstyles that mark their identities.

The number and volume of these voices are growing in light of incidents such as those involving Andrew Johnson, a New Jersey wrestler who was forced to either cut off his dreadlocks or forfeit a championship match; Clinton Stanley Jr., a Florida boy who was not allowed to start first grade at a private voucher school without cutting his dreadlocks; and DeAndre Arnold, a Texas teen given in-school suspension for refusing to cut his dreadlocks.

The SPLC Action Fund is supporting other organizations in fighting against discrimination based on hair textures and styles that are commonly associated with Black people.

In fact, a growing number of advocacy organizations and lawmakers around the country are pushing for legislation that is broadly called the CROWN Act, short for Creating a Respectful and Open World for Natural Hair. Such laws prohibit discrimination in the workplace, schools, public accommodations and other areas based on the hairstyles worn by some communities of color, including braids, Afros, curls, twists and dreadlocks.

The creators of the Academy Award-winning animated short film Hair Love – about a Black father who learns to style his daughter’s hair – invited Arnold to a special night at the Oscars. The story brought national attention to the issue of hair discrimination. and prompted the Texas Black Caucus to draft a bill for the 2021 legislative session that would ban hair discrimination.

“Hair discrimination is racial discrimination,” said April Winder, Jordan’s mother, a community advocate for the SPLC Action Fund. “Blocking people with natural Black hairstyles from a desk in the classroom or a seat at the table dismisses them before they’ve even had a chance to introduce themselves.” 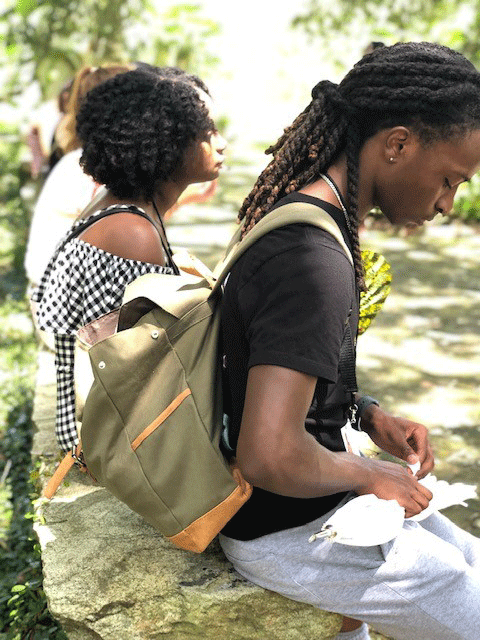 The CROWN Act recently passed into law in several jurisdictions, including New Jersey; New York; Virginia; Montgomery County, Maryland; Cincinnati; Colorado; California and Washington state. Similar statewide legislation has also been introduced in Alabama, Georgia, and Florida. To date, legislators in more than 20 states are considering the CROWN Act and have either filed, pre-filed or formally stated an intention to introduce their own bills targeting hair discrimination.

In Louisiana, a proposed bill would prohibit hair discrimination in employment. But because of resistance at the state level to the bill’s application to schools, supporters plan to introduce a version of the law that would apply to schools through resolutions in local city councils over the next year. They hope to create momentum for a full bill that would include schools in future legislative sessions.

CROWN Act legislation, however, varies widely among jurisdictions. While Louisiana’s bill would not apply to education at all, Alabama’s version would apply only to public schools. In Colorado, private schools are included in the law, and they are also included in Ohio’s recently introduced legislation.

The federal legislation that was introduced in both chambers of Congress late last year clarifies that discrimination based on natural or protective hairstyles is a prohibited form of race discrimination, including in housing, workplaces and places of public accommodation like restaurants and theaters – but that bill hasn’t seen much activity since it was introduced.

Regardless of what form a jurisdiction’s CROWN Act takes, it can draw attention to the issue of discrimination based on hairstyle, including its occurrence in private schools, April Winder said.

As part of the CROWN Act campaign in Louisiana, Nia Weeks – the executive director of Citizen SHE United, an organization that empowers Black women voters – is putting together a video series featuring 120 images of Black women and girls who are celebrating the beauty of their hair. The SPLC Action Fund is supporting Weeks’ organization in pushing for the CROWN Act there.

Understanding that Black women are not a monolith, with a variety of issues that concern them, Weeks and other leaders in her organization saw that hair was a uniting issue for Black women, she said.

“It impacts every piece of what we’re able to do,” Weeks said, adding that Black women’s hairstyles – including those that are deemed acceptable or not based on white standards – affect their educational and economic opportunities, and even their health.

The median income for Black women is 21% less than that of white women, the Institute for Women’s Policy Research has noted. And Black women often feel pressure to look more white to appear more acceptable for jobs or other opportunities. But making their hair look more like a white woman’s requires the use of tools and chemicals that are harmful to their bodies and reproductive systems, Weeks said.

“Hair is actually central to economic equity,” she said. “That’s why we decided to use it as an organizational tool. It impacts every aspect of our lives and our beings and how we’re able to navigate.”

Weeks and her youngest daughter, who is 12, both wear their hair in dreadlocks.

Her daughter attends a French immersion school where the natural hairstyle she wears evokes a negative response from her peers.

“Her classmates only think it’s pretty when it mimics Caucasian hairstyles,” Weeks said. “They tell her it’s too Afrocentric. It doesn’t look good to them, that she looks like a boy. It’s how the students in her classroom respond to her hair that make her question whether or not it’s an appropriate hairstyle.”

Because white supremacy is tied even to the language about Black hair, April Winder does not refer to her son Jordan’s hair as dreadlocks. The origin of the word “dreadlocks” is debated, but a common historical account suggests that it comes from European settlers, who referred to the hair of indigenous people in the West Indies as “dreadful.”