Warning: The following account contains graphic descriptions that may trigger some readers. Discretion is advised. 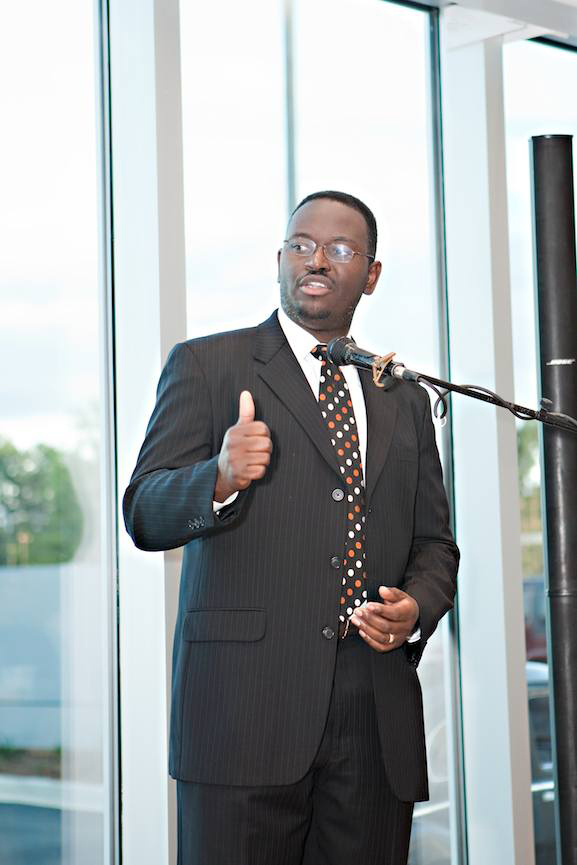 Photo courtesy of the Pinckney family

The Rev. Clementa Pinckney, senior pastor of Emanuel African Methodist Episcopal Church in Charleston, South Carolina, came into his office on a balmy Wednesday night, told his wife and daughter, “I love you,” and walked out the door to Bible study.

It was the last time they saw him alive.

Jennifer Pinckney, the pastor’s wife, and their then-6-year-old daughter, Malana, stayed behind in his office. Malana was eating snacks and watching TV. Her mom was doing some work on the computer. After about an hour, they heard the first set of gunshots.

“I looked up from what I was doing and I thought it was, you know, a generator going off or something like that,” she told the Southern Poverty Law Center. “That was my first immediate thought. Then I ran to the door of the pastor’s study and I just opened it just slightly. And then it hit me that those were gunshots.”

Clementa Pinckney was among the nine Black people brutally murdered around 9:05 p.m. on June 17, 2015, by a white supremacist, who sat through 45 minutes of the Bible study at the historic Black church before firing the fatal shots.

On the fifth anniversary of the massacre, America is once again being confronted with its racial inequities. The COVID-19 pandemic has laid bare systemic disparities in health care, criminal justice and employment. Protests have erupted across the country following the killings of unarmed Black people by police, with some demonstrators forcibly removing Confederate statues as state officials order others be taken down.

Amidst the unrest, Jennifer Pinckney has a message for America: Respect and love other people.

“Clementa wasn’t a man that hated,” she said. “He was a man of unity. He was a man of love. He was a man of compassion. He was about bringing people together. We didn’t raise – and I still don’t raise – our daughters to hate. We raised them to respect, to love, to help out those that need to be helped out. … You can’t carry that burden of hate and be a true child of God.”

Jennifer and Malana Pinckney were spared due to some quick thinking by Jennifer to lock herself and her daughter behind two doors inside the church secretary’s office, where they hid beneath a desk. Their older daughter, Eliana, now 16, was not with them at the time of the attack.

Before the massacre, the gunman told a friend that he intended to kill people at the historic Black church to start a race war. He was convicted of federal hate-crime and obstruction-of-religion charges and sentenced to death.

June 17, 2015, started out like any other day, Jennifer Pinckney said.

Clementa Pinckney, who was also a South Carolina state senator, was preparing to make the two-hour drive from Columbia to Charleston, where the church is located. The family lived in Columbia, which is also the state capital, and Clementa had spent the day there in legislative session.

Jennifer decided to travel with Clementa to the church so she could help him drive and also spend time with him.

She took Malana with them. But Eliana, the older daughter, opted to stay at home with her grandmother.

“He was like, ‘I’ve got to go to the church, then there’s a business meeting and then we have Bible study,’” Jennifer said.

When they arrived at the church, Clementa went into his business meeting and Malana stayed in the pastor’s study with her mom.

As the meeting ended, and the group of elders and church leaders were leaving, the Bible study group began to arrive.

“He was at the door greeting people as they were coming, whoever was leaving out and I guess whoever was coming into Bible study,” she said. “Malana made it to her father and I could see that he was trying to handle some business and so forth. So I was trying to get her away from her father so that he could focus and concentrate on whomever he was talking to.”

Soon after she got Malana back into the pastor’s study, Clementa walked through from the secretary’s office into his study. He had a brief conversation with his wife and daughter and went to the Bible study.

About an hour later, Jennifer heard the shots. Slowly and quietly, she closed the door to the study and locked it.

She ran and picked up her daughter. They both ran through the pastor’s study into the secretary’s office and closed that door.

She shoved Malana under the secretary’s desk, and rushed to another door that led to the room where the shooting was underway, and locked it too.

She came back into the secretary’s office and knelt down under the desk in front of Malana to protect her.

‘You’ve got to be quiet’

Jennifer’s first priority was to get Malana to be quiet, because the girl was starting to talk, asking questions about what was going on.

She was planning to run to a door that led to the outside.

“I told her as soon as the gunshots sounded like they were at the far end of the room, they were at a distance, that’s when I was going to run. I was going to run and find whomever I could find on the street for help,” she said. “I told her just stay put. And before I realized it, that’s when bullets started coming through the office. And I immediately leaped in under the desk with her.”

Malana asked if her father was going to die.

Jennifer, now in full panic mode, was not in the frame of mind to answer that question. She just wanted to protect her daughter.

“I just told her, ‘You’ve got to be quiet,’ and I put my hand over her mouth. And she in turn put her hand over my mouth and we just sat there hearing the gunshots. … Then after a while I could hear someone trying to open the door. And my blood ran cold, the whole nine, and I was just like, ‘We’re goners.’”

Jennifer heard the shooter shake the knob a couple of times.

Soon afterward, she heard the chime that sounds whenever someone comes in or out of the church.

“At the time, I didn’t know if there was one shooter, or several shooters, but when I heard the chime on the door, I peeked over the desk, praying that the person was gone. And then I just told Malana, ‘Whatever happens, you do not come from under this desk.’”

Then Jennifer crawled completely out from under the desk, making sure no one was there. She crawled into the adjacent pastor’s study, found her cell phone, and then crawled back into the secretary’s office.

Now back under the desk with Malana, she called 911.

She told the dispatcher what happened, where the church was and her location within the building. The dispatcher told her to stay calm and not to move from where she was.

After what seemed like eternity, she heard police enter the church.

Still on the phone, she asked the dispatcher if it was OK to come out.

‘Stay where you’re at’

“She was telling me, ‘No. Stay where you’re at.’ And I realized later, that of course if I had just walked out there, they probably would have just shot me from not knowing.”

The police, she was later told, didn’t know if the shooter had left or if there might be other shooters still on the site.

She heard police break through the door to the pastor’s study. As she stayed under the secretary’s desk with Malana, she could hear them looking around.

They checked the bathroom. They checked Clementa’s closet. And they opened the door to the secretary’s office.

The next thing she knew, guns and flashlights were pointed at her, still hiding under the desk, protecting Malana.

A police officer yelled out, “We found them!”

Prior to the shooting, the murderer posted pictures of himself with a Confederate flag. The terror attack – and the gunman's embrace of the symbol – inspired then-South Carolina Gov. Nikki Haley to call for the flag’s removal from the state Capitol grounds, a move approved by state lawmakers.

Soon afterward, Alabama’s then-governor, Robert Bentley, summarily ordered the removal of several versions of the Confederate flag that flew alongside a towering monument just steps from the Capitol in Montgomery.

Since then, a total of 100 Confederate symbols, including 58 monuments, have been removed (55) or relocated (3) from public places across the country, according to the latest count by the SPLC. In a 2019 update of its Whose Heritage? report, the SPLC cataloged nearly 1,800 monuments and other Confederate symbols in public spaces across the country.

The murders of George Floyd, Breonna Taylor, Tony McDade, Sean Reed, Yassin Mohamed, Ahmaud Arbery and – most recently – Rayshard Brooks not only intensified a nationwide call for policing reforms, they also prompted renewed calls – from political leaders and their constituents – to remove all references to the Confederacy from public places.

Some military leaders are considering renaming bases that honor Confederate commanders. And across the nation, statues of other problematic historical figures, such as Christopher Columbus, are coming down.

NASCAR recently banned Confederate flags from all its races and events after driver Bubba Wallace, who is Black, asked the organization to crack down on fans’ use of the offensive symbol.

Jennifer Pinckney agrees that Confederate memorials should be taken out of public spaces.

“I understand the freedom of speech and so forth,” she said. “It’s how people interpret what’s out there and what’s being seen. Of course, African Americans will look at these symbols and say, ‘That’s a symbol of hate.’”

Many people don’t have a full understanding of Confederate symbols, she said, and putting them in public places without adding the context of their connection to slavery and civil rights suppression actually undermines, rather than enhances history.

“I just feel that those symbols that are out there – yes they may be a part of history. But I feel that they should be in a place where you can learn about history, like maybe a museum or other places,” she said.

“I think that public places need to have symbols of peace, symbols of unity, if we’re trying to bring everyone together,” she said. “And so when you have symbols that represent one race more so than the other, or don’t even have anything that represents other races, then it becomes a problem. I just think that those symbols would be better in places where you want to learn about history.”

Eliana, Jennifer’s older daughter, shares the desire for Americans to come together. She believes in fighting injustice with unity.

“We all need to be on the same page … in order to make a difference,” she said. 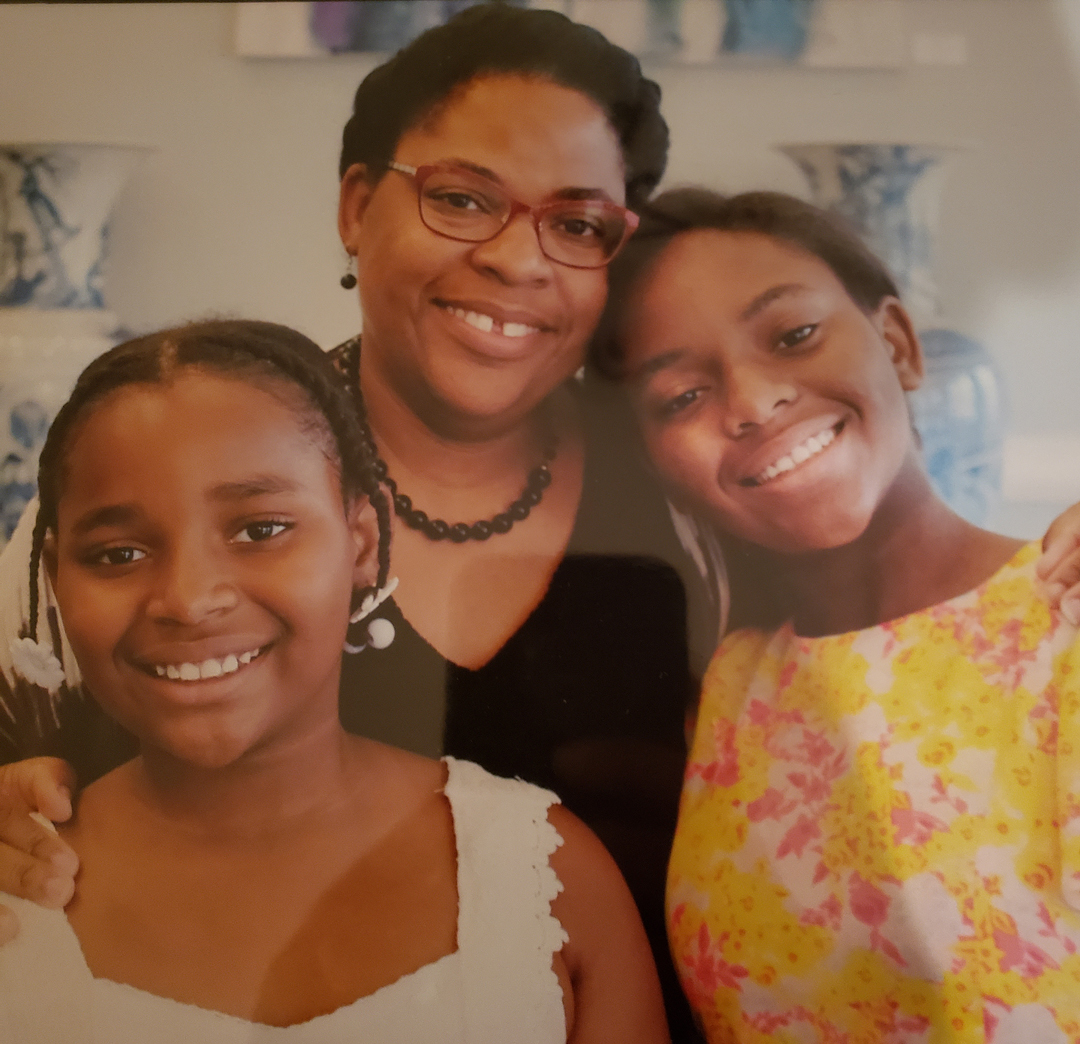 Photo courtesy of the Pinckney family