As we commemorate the 55th anniversary of the most effective civil rights legislation ever passed, I can’t think of a more meaningful way to honor the congressman’s legacy

When U.S. Rep. John Lewis led a congressional delegation to Montgomery, Alabama, last year, we were not expecting him to come inside the Civil Rights Memorial Center for a tour.

After giving a rousing speech in front of the Memorial – as he had done so many times before – the civil rights icon quietly entered the center behind it with other dignitaries. He explored the exhibits. He watched the short civil rights film in the theater. And he studied the pictures that grace the center of people who died in service of the movement.

As director of the Civil Rights Memorial Center, which is operated by the Southern Poverty Law Center, I had the honor of briefly speaking with Lewis during his visit.

The congressman from Georgia – who grew up not far from Montgomery in Troy, Alabama, said he was glad to experience the center because “you never know when this will be my last time.”

As we continue to celebrate the extraordinary life of Congressman Lewis, who died July 17 at 80 years old, we remember the history of “Bloody Sunday” – the courageous march that he led across the Edmund Pettus Bridge in Selma, Alabama, in 1965 – and the savage beating he and other activists endured there for the right to vote. 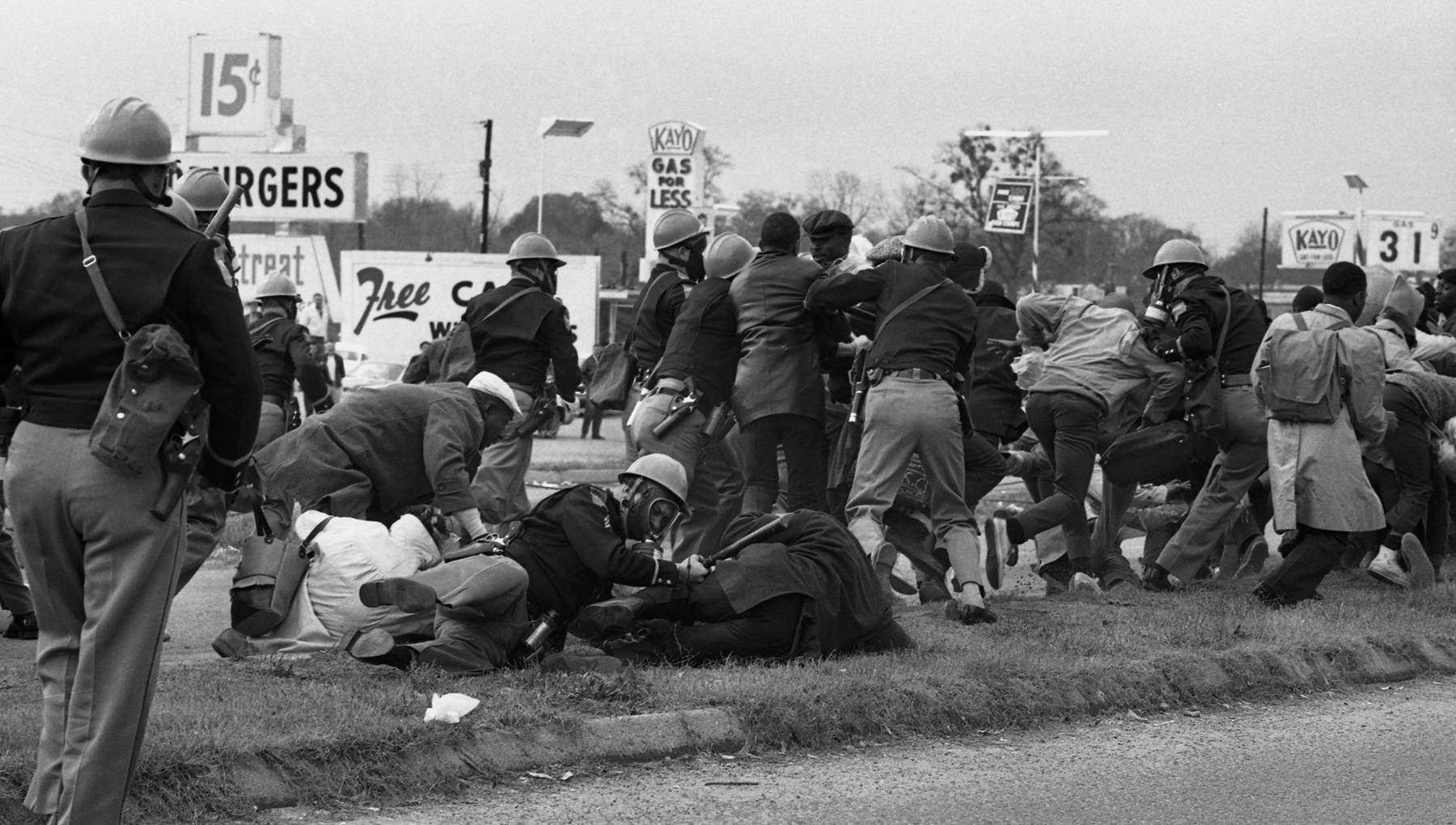 We remember how that violence along with the blood, sweat and tears of so many others in the movement led to the passage of the Voting Rights Act of 1965, which is widely recognized as the most effective civil rights legislation ever passed.

And as we commemorate the 55th anniversary of the Voting Rights Act today, I can’t think of a more meaningful way to honor Congressman Lewis’ legacy than for the Act – which has been weakened in recent years – to be fully restored in his name.

This would not only honor the congressman, it would also serve as a tribute to all those who died for the right to vote. And it would send a strong signal that it is high time for us to recommit ourselves to this country’s democratic ideals – chief among them that every citizen should have the right to vote, and that each and every vote must be counted.

The Voting Rights Act has provided millions of Black, Latinx, Asian American and Native American citizens who were previously denied suffrage with a more equitable opportunity to cast a ballot.

But today, the right to vote is in serious jeopardy.

Seven years ago, the U.S. Supreme Court’s Shelby County v. Holder decision gutted the landmark law. The ruling meant that states with histories of racial discrimination were no longer required to pre-clear changes in voting rules with the federal government before they went into effect.

As a result, there has been a blatant effort across several states to deny people – particularly communities of color, returning citizens and young people – their constitutional right to vote.

The COVID-19 pandemic has only made matters worse, with additional obstacles from a lack of curbside voting and access to absentee ballots forcing voters in many states to choose between risking their health and asserting their constitutional rights.

The rising threat to nationwide suffrage on so many fronts is the reason why the SPLC, in partnership with the Community Foundation for Greater Atlanta, recently launched its Vote Your Voice initiative – a program investing up to $30 million in organizations across the Deep South that are working to conduct nonpartisan voter registration, education and mobilization activities over the next several election cycles.

Every citizen’s vote must be counted, and everyone’s voice must be heard. That’s true now more than ever with a presidential election less than 90 days away.

In his final op-ed that was published in The New York Times soon after his death, Congressman Lewis made it clear that the right to vote is still under siege, 55 years after he took his fateful stand on that bridge.

“The vote is the most powerful nonviolent change agent you have in a democratic society,” he said in the op-ed. “You must use it because it is not guaranteed. You can lose it.”

The congressman dedicated his entire life – at great peril and sacrifice – for the right to vote.

Now it’s our turn, and our responsibility, to exercise that right.