The 19th Amendment gave women the right to vote, but systemic sexism and disenfranchisement of Black women still block equitable access to the ballot.

Like other disenfranchised people in the United States, women have employed many strategies over the years in their fight for the right to vote.

In the late 19th century, some women pushed for equal suffrage laws in individual states. Others turned to the courts. Still others made their voices heard through public protests, silent vigils and hunger strikes.

They faced a swift and sure backlash, much like other groups seeking their constitutional rights, such as the activists who emerged decades later in the civil rights movement who were thrown in jail or physically assaulted for the right to vote.

By 1916, the movement for women’s suffrage had failed to garner support in every state, so it unified around a loftier goal: a constitutional amendment that would mandate ballot access for women across the country. That amendment, which was first introduced in Congress in 1878, wasn’t ratified until Aug. 18, 1920.

As we commemorate the 100th anniversary of the 19th Amendment – which officially gave women the right to vote – we must ensure that all women have equitable access to the ballot box.

Over the last century, while the political power of women has grown, seemingly gender-neutral ballot requirements have disparately impacted women’s voting rights. 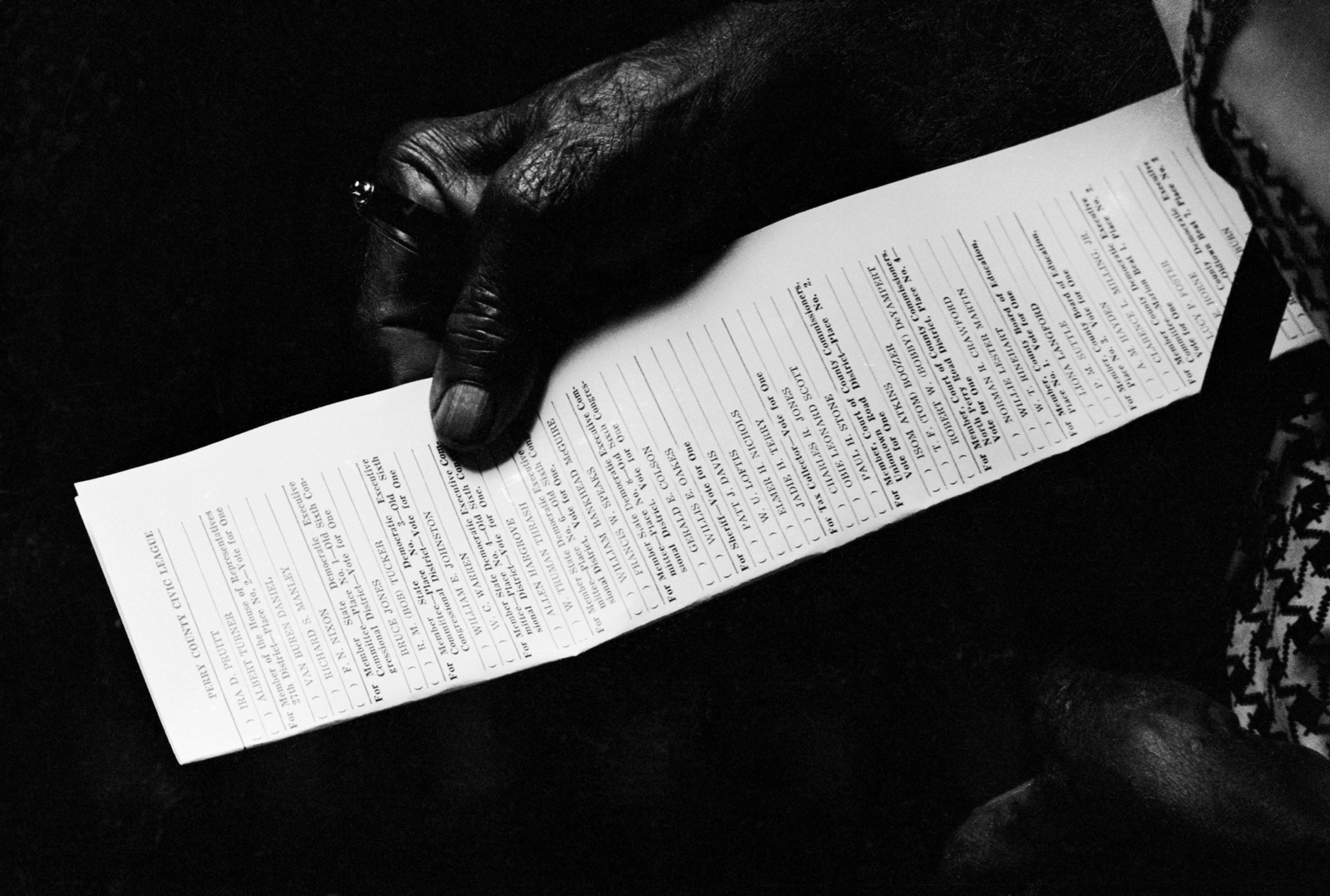 Seemingly gender-neutral ballot requirements have disparately impacted women’s voting rights. Black women, in particular, have suffered disproportionately from voter suppression tactics that have made it harder for them and other women of color to vote.

Black women, in particular, have suffered disproportionately from voter suppression tactics that have made it harder for them and other women of color to vote. It is also important to note that while the 15th Amendment gave Black men the right to vote in 1870, five years after slavery was abolished, Black women – and all other women – did not receive voting rights until half a century later.

As director of the Voting Rights Practice Group at the Southern Poverty Law Center, I am continuing the fight to ensure that everyone has the right to vote – regardless of race or gender.

The centennial of the 19th Amendment’s passage is an opportunity to celebrate the courage and conviction of the countless women who have fought on the front lines for equal rights.

But after successfully expanding women’s suffrage to all states, the movement essentially split into two camps: those who wanted to forge ahead for creation of the Equal Rights Amendment (ERA) – which would guarantee equal legal rights for all American citizens regardless of sex – and those who focused on registering and turning out the vote of as many women as possible.

While both endeavors were laudable, the split undermined the united front that was crucial for either strategy to succeed.

Although a significant number of states have ratified the ERA, almost none in the Deep South have done so. Even to this day, women face voter ID laws that penalize them when they do not legally change their names upon marriage or divorce. What’s more, restrictions on early and no-excuse absentee voting create additional hurdles for women juggling work and family obligations that still overwhelmingly fall upon them.

Another obstacle is the growing impact of felon disenfranchisement laws over the last several years. Added to this critical area of concern is the imposition of legal financial obligations as a prerequisite to voting. In other words, they must pay court costs, fees and other obligations before voting.

This onerous financial burden on women who have been incarcerated – and who therefore have much dimmer prospects of employment – is effectively a poll tax that disparately impacts Black women.

The stories of Rosemary McCoy and Sheila Singleton clearly illustrate this situation. 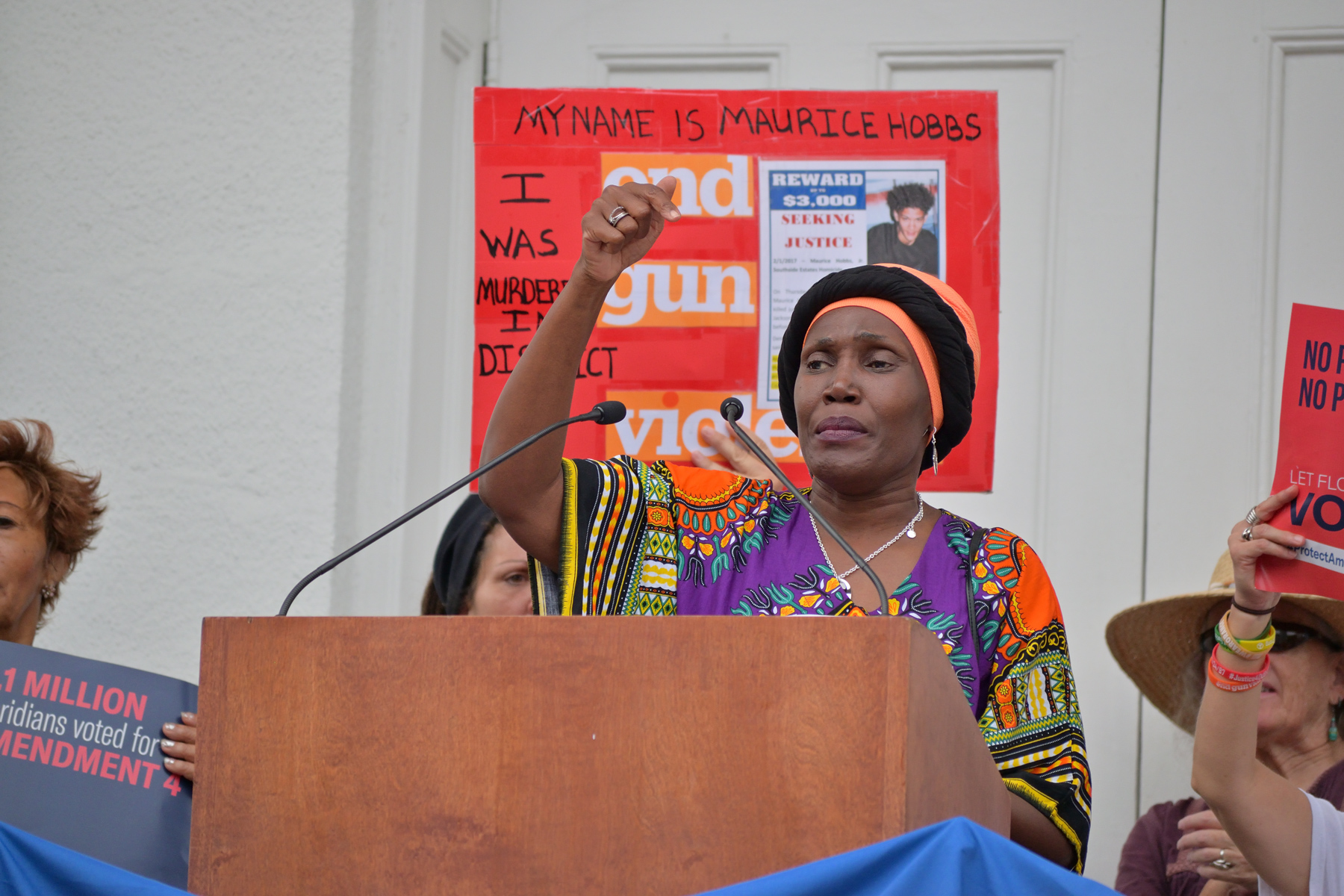 Rosemary McCoy is a plaintiff in an SPLC lawsuit challenging a Florida law that is a modern-day poll tax. The law has prevented hundreds of thousands of newly enfranchised people like McCoy from voting because of legal financial obligations that they cannot afford to pay.

In November 2018, Florida voters overwhelmingly approved Amendment 4 to restore the vote to 1.4 million of their fellow residents with previous felony convictions. It was the largest single expansion of voting rights since the Voting Rights Act.

But that victory was quickly undermined by Florida lawmakers and Gov. Ron DeSantis. They enacted a new law, Florida SB 7066, that prevented hundreds of thousands of newly enfranchised people like McCoy and Singleton from voting because of legal financial obligations that they cannot afford to pay.

McCoy and Singleton, who are both Black women from Jacksonville, Florida, are the named plaintiffs in an SPLC lawsuit that seeks to strike down this poll tax because it revokes the right to vote “based purely on their low-income economic status.”

Because of their felony convictions, both women have been unable to find permanent, full-time jobs that pay a living wage. They struggle to pay even basic bills to support their families, so additional fines and fees are out of the question.

An SPLC federal lawsuit seeks to strike down Florida SB 7066 because it violates the U.S. Constitution, which guarantees equal protection under the law and freedom from poll taxes and excessive fines. A tremendous victory was secured in district court that allowed people to vote even though they are too poor to pay off their legal financial obligations.

But Florida officials have appealed that decision, putting the voting rights of McCoy, Singleton and thousands of others in limbo as the November elections draw closer.

McCoy, who was sentenced to and served 24 months of prison time and 18 months of probation, registered to vote and cast a ballot in Jacksonville’s runoff city council election in 2019, after Amendment 4 was passed.

Under Florida SB 7066, however, McCoy, who owes more than $7,000 in restitution, is no longer eligible to cast a ballot. What’s more, the debt she cannot afford to repay continues to mount as interest accrues.

‘Another form of slavery’

“When we think about the anniversary of Black American females having the right to vote in 1920, we still find ourselves in the struggle,” McCoy said. “Here we are in 2020, and we’re looking at about 55 years of the Voting Rights Act, and it’s like we’re moving backwards. This is what John Lewis gave his life for. This is what he worked on, and here we are back in the same predicament where they want to stop us from voting.”

“I’m just so disappointed,” Singleton said. “It’s finally coming out now about how they play ball. … [T]hey keep putting all these obstacles in front of us to keep us from voting. It’s to keep us from moving forward. It’s just another form of slavery.”

The unconstitutional, wealth-based voter qualification inherent in Florida SB 7066 violates the 19th Amendment based on its disparate impact on low-income women of color. Through this lawsuit, we seek to use the amendment as a tool for the expansion of legal protections for women whose right to vote remains under attack, albeit in very subtle ways.

For women, the fight to vote is not just about casting a ballot. Our vote represents a real opportunity to influence the policies that affect – and in some ways hinder – the ultimate attainment of political, social and economic parity with men.

As we embark upon the next 100 years of the 19th Amendment’s passage, we must be careful to ensure that the battles our foremothers waged – and all the blood, sweat and tears they shed – were not in vain.