If not for systematic voter suppression in 2018, Stacey Abrams might today be the governor of Georgia – and the first Black woman governor in American history.

But her razor-thin loss to Georgia’s then-secretary of state, the man who oversaw his own election, only inspired her to take her fight for voting rights to the entire nation.

Now, she and her story are featured in a new documentary that examines the wave of voter suppression laws and practices that have swept across America since the U.S. Supreme Court gutted a key provision of the Voting Rights Act in 2013.

Directed by award-winning filmmakers Liz Garbus and Lisa Cortés, “All In: The Fight for Democracy” recounts in dramatic detail how these disenfranchisement efforts are part of an ugly history of discrimination and little-known legal and structural barriers employed to block equitable access to the ballot box. Interweaving lived experience with current activism and historical context, the movie exposes a clear and present danger to our democracy.

In conjunction with the film’s release, the SPLC has joined other advocacy groups to promote a nonpartisan campaign with the hashtag #ALLINFORVOTING supported by the action hub allinforvoting.com. The project seeks to educate and register first-time voters, mobilize communities to vote, and train citizens to know their rights and report voter suppression.

The “All In” theatrical release – following state and local safety protocols in theaters and drive-ins nationwide – is slated for Sept. 9. The film’s Amazon Prime debut will follow on Sept. 18.

Here, we share our behind-the-scenes conversation with directors Garbus and Cortés on the making of the film, the inspiration behind it and the urgent need for each and every one of us to make our voices heard in the November elections.

Liz Garbus has produced and/or directed numerous acclaimed films. “The Farm: Angola, USA” won two Emmy awards and was nominated for an Academy Award; “Ghosts of Abu Ghraib” received an Emmy; and “What Happened, Miss Simone?” won a Peabody Award, an Emmy and received an Academy Award nomination.

Lisa Cortés is a veteran producer and director with more than 20 films under her belt. Among her producing credits are “The Apollo,” “Shadowboxer” and “Precious,” the latter of which received six Academy Award nominations and two Oscars. Cortés’ feature directorial debut, “The Remix: Hip Hop X Fashion,” is now on Netflix. 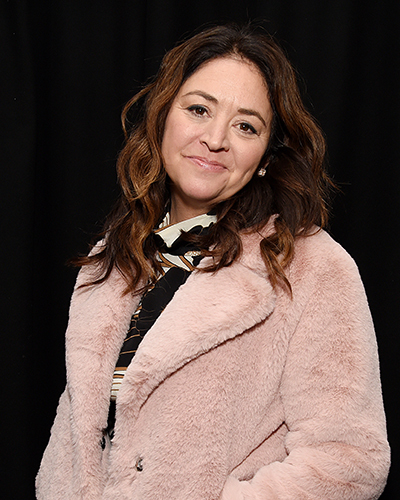 First of all, thank you for making this important film. What drew you to this project and how did it come together, with the two of you co-directing?

Liz: Thank you! The project started when I met Stacey Abrams in the summer of 2019. She came to New York to meet different filmmakers to explore making a film about voting rights and its tortured and tumultuous history. It was a bit of kismet, because I had wanted to make a film about the franchise after the 2016 election but didn’t have the “hook.” Stacey’s gubernatorial race of 2018 was that hook. It was the small story that could tell the big one.

When Stacey chose Story Syndicate for the film, I quickly reached out to Lisa Cortés, a filmmaker I knew through her work on “The Apollo” and deeply respected. We had a year to make a film – so we quickly got to work, dividing and conquering.

The film is about the past, but it’s also about the present. Having recounted the history of voter suppression efforts since the era of the Black Codes that followed Reconstruction, what parallels do you draw with what is happening across America today?

Liz: William Faulkner wrote, “The past isn’t dead. It’s not even past.” We see that so clearly when we look at the history of the struggle for voting rights. At every turn, when progress is made, there is a retrenchment – new laws or tactics to limit the franchise. Tactics that were used back in the Jim Crow era – billy clubs, police violence, lynchings – to intimidate and suppress the Black vote may not be apparent [today], but laws are passed that have the same effect.

After Reconstruction, with a great expansion of the franchise to the newly freed slaves, Black officials started being elected to state and federal offices. This led to the Black Codes – laws that criminalized normal behavior and the state of poverty – which, of course, affected Black Americans who had been enslaved and had not participated financially in the fruits of their labor.  So, for example, “loitering,” which might mean standing on a street corner looking for work, was a charge, and that could cause you to lose your right to vote.

After the Voting Rights Act, we saw another great expansion of the franchise, with a similar retrenchment after the Shelby v. Holder decision in 2013. And what we see today: voter ID laws with a narrow set of eligible IDs (for instance, in Texas, your gun license is a permitted ID but not your student ID), poll closures, purges – along with recent threats by President Trump to have a police presence at polls. These are current tactics to suppress the vote. And no surprise, they disproportionately affect Black, Brown, poor, Indigenous, Latinx and young voters.

In July, we lost Congressman John Lewis and the Rev. C.T. Vivian, two civil rights icons who both appear in the film’s historical footage as they stood up for voting rights in the face of white supremacist violence. Who are the civil rights heroes who have inspired you, and why?

Liz: The two you named are just extraordinary. And we tell their stories in the film. And, we name the amazing Amelia Boynton, the leader from Selma who worked with the Southern Christian Leadership Conference to organize the marches to Montgomery for voting rights.

But I want to name a lesser-known woman who has influenced me personally. Her name was Henrietta Wright. She was arrested, beaten and jailed in Mississippi after registering to vote on Aug. 25, 1965 – 20 days after the passage of the Voting Rights Act. She was wearing a Black Power button.

And she fought back. In August 1968, three years after the Voting Rights Act was passed, Henrietta Wright began her testimony on Aug. 10 in the first voting rights damage suit in a federal U.S. District Court in a Mississippi courtroom.

My father, Martin Garbus, was her lawyer. He says, “We lost the case, but we won. Mrs. Wright won, first, by trying to vote, then by merely bringing the suit and making the sheriff face her lawyer and her cross-examination. The all-white jury deliberated for two hours. Mrs. Wright was cheered as she left the courthouse by some of her neighbors who, after hearing of the verdict, came to support and protect her after she left the courthouse.”

Today, a new generation of voting rights advocates is emerging – people like Stacey Abrams, who is featured prominently in, and is also one of the producers of, the film. We imagine you spent a good deal of time with her. Can you share a little of that experience with us?

Liz: Stacey is one of the [most] brilliant thinkers and orators I have ever encountered. She was our beacon, our guiding light. She provided counsel on interviewees, important story themes and also, always reminded us that this film was not about her. It’s not about any individual politician.  If you reduce it to the person, then it’s partisan, it’s contentious – and it’s beside the point. It’s about the system, power, race – and about us, the people, being counted.

Is there anything you learned during the making of this film that gives you hope our democracy can overcome the continued assaults on our voting rights? 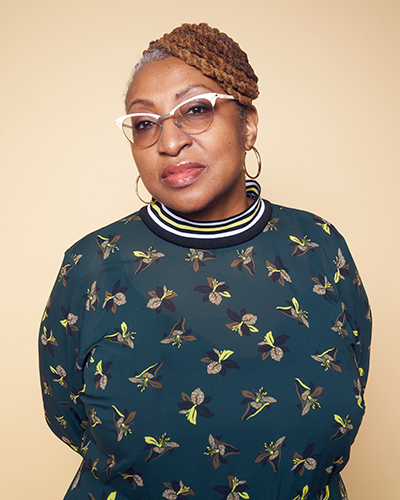 Lisa: In our film, we spent time with activists and organizations across the country who are mobilizing their communities. When you look at Desmond Meade and the work of the Florida Rights Restoration Coalition to restore the franchise for returning citizens; the advocacy of LUCHA in Arizona; and what Barb and OJ Semans of Four Directions are doing to fight the weaponization of the vote against the Native American community, you are left with a great sense of hope by their collective works. It will be the people who save us. We are the ones we have been waiting for.

Too often, we’ve seen the courts fail to protect us from ever-more-creative ways to suppress the vote by those in power, particularly since the Supreme Court gutted the Voting Rights Act in 2013. How do we fight and overcome such voter suppression?

Lisa: We must stay vigilant. We must confront the reality that there have been times when people have lost the right to vote and that there is a desire to keep “certain people” away from the polls. And then take action steps: You register, check your registration, make a plan to vote, ask your family and friends if they have a plan and show up.

As we celebrate the centennial of the 19th Amendment’s passage this year, we are also reminded of how much work is yet to be done – on voting rights and women’s rights. Women directors – and particularly women directors of color – have long been underrepresented in the industry. How do your lived experiences influence how you come to your work and the stories you choose to tell?

Lisa: My parents poured into me a great sense of the sacrifices for social justice made by generations in my family, my value and the richness of my African American and Latinx communities. Early in my career, I was eager to tell these stories and encountered resistance from people who discounted the viability of supporting these narratives. The Shirley Chisholm quote, “If they don’t give you a seat at the table, bring a folding chair,” is my blueprint for not accepting NO as an answer. Our stories are necessary, and they matter.

If there’s just one thing viewers take away from this film, what do you hope it will be?

Lisa: In our film, Stacey Abrams says, “The fundamental power of democracy lies in the right to vote. If you protect that right, you create possibilities for everything else.” It is a right worth standing for in long lines until the polls close, worth our righteous indignation and worth fighting for.

What’s next for each of you? What else are you looking to explore?

Liz: So many frontiers to explore. But right now I’m focused on what I can do to contribute to a free and fair election come November.

Lisa: Fighting the good fight and doing all I can to ensure that we all have access to the ballot and can participate in the elections in November.