On William Winter’s last day as governor of Mississippi, I was a 6-year-old first-grader at Eastlawn Elementary School in Pascagoula. I had been to the principal’s office earlier that school year for kicking a kid much bigger than me who I believed had cost us a trip to the water fountain. I liked spelling but was not showing much promise as a student. It would not be until my ninth-grade Mississippi history class that I would learn about the state’s 58th governor and later still that I learned his Education Reform Act of 1982 was the reason attendance at Eastlawn was compulsory for me back in 1984. 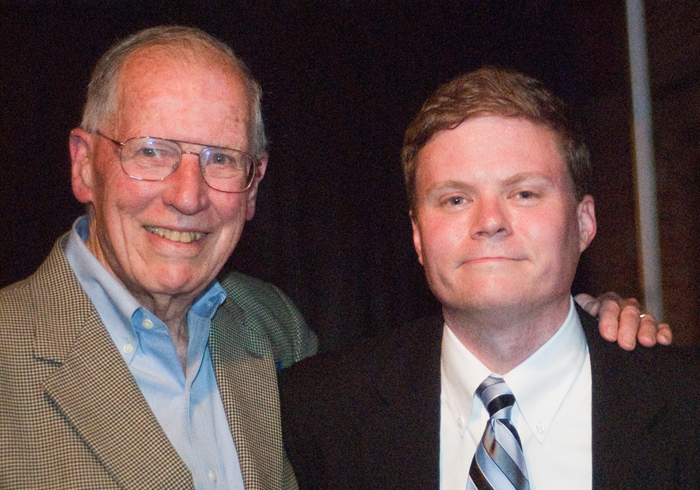 States have lots of governors. Occasionally you get one who doesn’t set fire to the road program. In the South, we count ourselves lucky if ours doesn’t threaten secession during their inaugural address. Most of these people (in Mississippi they’ve all been men) are soon forgotten or, if not, remembered only for some colossal embarrassment or the criminal investigations they leave in their wake. William Winter was different. He was temperate, thoughtful. He not only read books, he wrote books, several of them, and they were good. His approach to education was in stark contrast to the obstructionists who fought Brown v. Board of Education for decades. Not only did Governor Winter want to provide good public education for all Mississippians, he wanted to expand it. He fought to establish a public kindergarten system so that all children would have access to critical early education.

He knew how to fight like a soldier because he was one. A veteran of two wars, Winter ran for the House of Representatives while he was still a law school student. Two terms later, he challenged Walter Sillers, widely considered the most racist political leader in Mississippi history, for speaker of the House. He came up short in that race, as he would in many others, but the fact that he persuaded 39 other House members to vote for him and against Sillers, a man who would hold the speaker’s gavel for 22 years, might have been his most remarkable political feat. Winter left the House to become the state tax collector, a job that paid well and gave him a statewide platform. Once he inhabited the role, he realized it offended his sense of good government and successfully led the effort to abolish the office.

We often think of people who are efficient and upright as boring. William Winter was not boring. His was a rich and interesting political life. You could (and should) spend hours reading the history of the Education Reform Act of 1982 where Winter and his staff barnstormed Mississippi to muster support for an integrated and functional public school system, culminating in a high-stakes special session. But many of us who love him and think of him as one of our country’s best examples of public service, did not meet him until long after he left political office.

William Winter didn’t just stick around. He made it his business to know the people behind positive movement in Mississippi. He sought out these people, freely offering advice and counsel to anyone who had half an idea about helping Mississippi live into its promise. He maintained a national profile befitting his talent and achievement (President’s Advisory Board on Race, Profile in Courage Award), but it is those coffees at the Elite and plate lunches at the Mayflower that introduced many of us to the man who would encourage us to ask more of our state. I am one of many lucky people less than half his age who learned the most important things we know about Mississippi politics from the best teacher and mentor we could ever ask for.

Governor Winter entered my life abruptly when I was a new member of the House, fresh off a speaker’s fight of my own. We were preparing to debate a pay raise for legislators when I was summoned to “lunch with Governor Winter” by Representative Diane Peranich. When we got into his car (Winter drove) he spent a few minutes on general pleasantries before telling me that I was about to make a big mistake. While raising legislative pay for the first time since World War II might attract a higher class of legislator to Jackson, this is “not your fight” he warned. With our programs providing for education and mental health hanging in the balance, this was not the hill to die on. He was right. I voted as he suggested and Mississippi’s legislators remained underpaid. I still do not know how he intuited how I was going to vote or why he singled me out for this lesson, but I will live the rest of my life being thankful that he did. This was the first of many lunches, cups of coffee and walks down Capitol Street, each one a treasure.

There is something wonderful about William Winter living to see Mississippi remove the canton of the Confederate battle flag from its state flag. Animated by a love for history and a desire to dismantle racism, Winter dedicated most of his post-elected life to helping reintroduce Mississippi to itself and asking that it reconsider some things. Through the Department of Archives and History, a governmental agency housed in the William F. Winter Archives and History Building, Winter helped imagine an unflinching education center and the only state-funded civil rights museum in the heart of the former Jim Crow South. This dream of his, realized in 2017, was a considerable achievement and an indication that Mississippi might be ready to reckon with some of its past. But challenges persist and the old flag remained. A leader in the failed statewide referendum to change the Mississippi flag in 2001, Winter knew what a heavy lift removing racism from our state’s symbol would be. He openly wondered if it was possible.

Mississippi did change its flag in 2020, and Governor Winter and his wife, Elise, were two of thousands of Mississippians who participated in the election. I know because I was there. Taking every precaution to avoid contracting COVID-19, the Winters requested absentee ballots. For reasons that confound historians, lawyers and former governors, Mississippi requires absentee voters to obtain the service of notaries so that both their applications and ballots may be notarized into oblivion. A friend and colleague of mine, Treshika Melvin, and I met the Winters, a couple of family members and a nurse at their home to assist the Winters in voting. In a safe process that never brought us within 100 feet of the Winters, Treshika notarized the Winters’ ballots. It was an honor to witness Governor Winter carry out another act of love and service for his beloved Mississippi.

It strikes me that we have lost Governor Winter at a time when we need what he had more than ever. As state leaders flout science and fan the flames of dissension, we could use thoughtful leaders like William Winter. It’s a thought that has occurred to everyone who knew him. We owe it to each other to carry out his principled care for all people, especially the kids in real and virtual classrooms across the state who don’t even know who their governor is yet, much less the one who helped open the schoolhouse doors for them.