When day comes we ask ourselves, where can we find light in this never-ending shade? The loss we carry, a sea we must wade. We've braved the belly of the beast. We've learned that quiet isn't always peace. And the norms and notions of what just is, isn’t always just-ice. 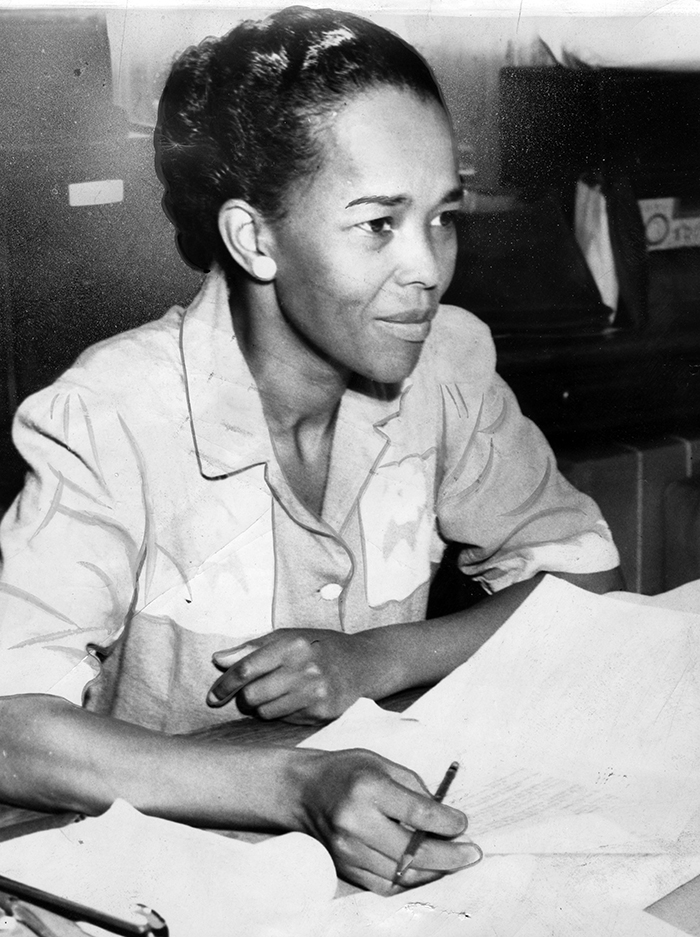 Ella Baker, who worked to build and support local NAACP chapters across the South, sits behind a desk with paperwork on Sept. 18, 1941. (Photo by Afro American Newspapers/Gado/Getty Images)

Reflecting on the powerful words of Amanda Gorman, the 22-year-old National Youth Poet Laureate who spoke at the Biden-Harris inauguration, we couldn’t help but recall those who came before her in the fight for racial justice. Her voice carried echoes of Ella Baker, who said, “Give light and people will find the way.” Her words sparked hope, and yet the reality is that we still have a long way to go.

Over the last four years, we saw the Trump administration roll back the gains made during and since the modern civil rights movement. Not only did Trump touch policies, his words sowed  division, fear and violence. Those of us working to advance civil and human rights knew we were fighting a hard battle, yet we held on to hope, remembered the sacrifices of those before us, partnered with those in the fight and remained dedicated to undoing the damage fueled by the rhetoric of Trump and his following.

A week after the inauguration, there is reason to believe that, as Gorman said, “the dawn is ours” in “a nation that isn't broken but simply unfinished.” 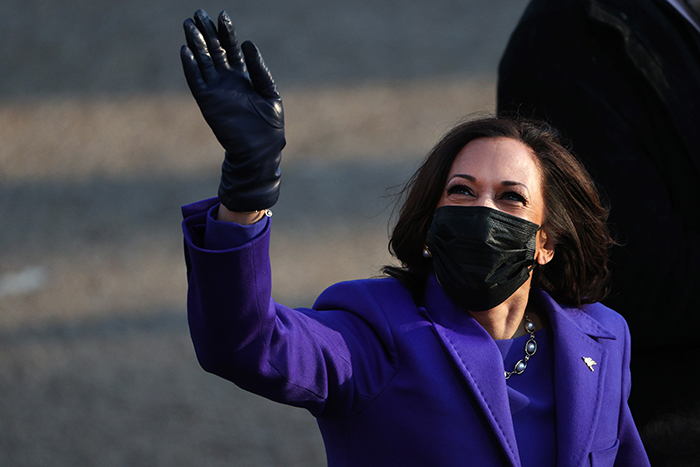 That dawn is exemplified by Vice President Kamala Harris, who made history when she became the first woman and the first Black and South Asian person to hold our nation’s second highest office. The daughter of immigrants, Harris has emerged as a voice and leader for racial justice. 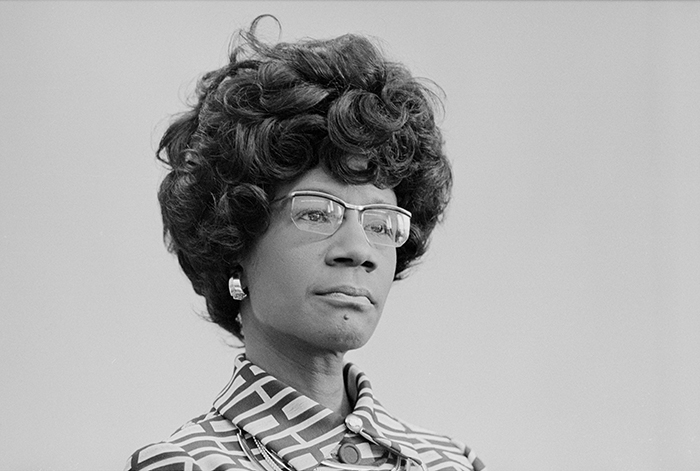 She modeled her campaign from another civil rights icon and political history maker, Shirley Chisolm. They both believed that bringing to light the issues of the people is central to leadership. They both believed the leadership of this country should be reflective of our country. They would both take a bold and courageous stand to break down barriers dividing us – affirming that although they were the first, they should not be the last as we chart a new path toward a more diverse, inclusive and equitable society.

In his “I Have a Dream” speech, Dr. Martin Luther King Jr. said, “Now is the time to make real the promises of democracy. Now is the time to rise from the dark and desolate valley of segregation to the sunlit path of racial justice.”

Dr. King’s words are as important today as they were in 1963, because the movement is far from over. Now, more than ever, we must act. Simply calling for diversity and unity is not enough. Our leaders must model the ideals of a democracy that works for us all.

As we fight for our democracy, racial justice and equity should be at the forefront of all we do.  The swearing-in of U.S. Sen. Raphael Warnock, the pastor of Ebenezer Baptist Church in Atlanta, where Dr. King once pastored, and Sen. Jon Ossoff, the first Jewish U.S. senator from Georgia, are victories not just for the South but also for the nation. Both represent the power of people who exercise the fundamental right to vote.

As the late U.S. Rep. John Lewis said, “The vote is precious. It is almost sacred. It is the most powerful nonviolent tool we have in a democracy.” So many grassroots organizers and activists, past and present, remind us that it’s one worth fighting for.

Let us not forget those who made last week’s inauguration possible: Black women and many grassroots organizations working together to build and sustain an inclusive community through impactful voter engagement. Unlike during the civil rights movement, Black women did not take a back seat. They planned, mobilized and were the face of collective efforts to bring the issues of the people to the forefront. They embodied what Shirley Chisolm meant when she said, “If they don’t give you a seat at the table, bring a folding chair.” 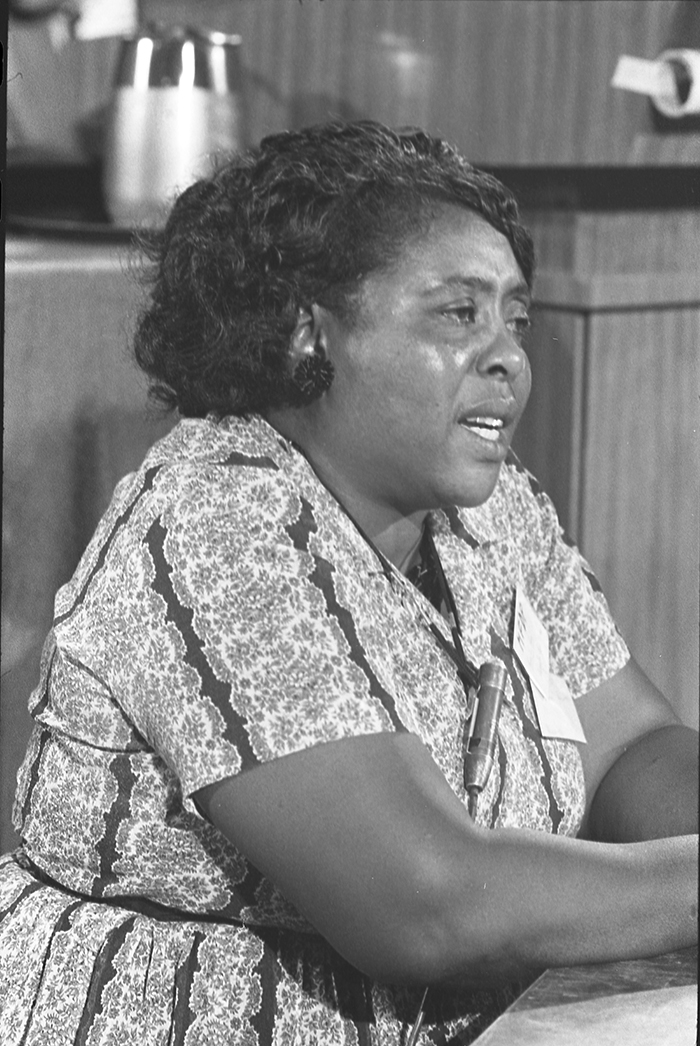 Much like Fannie Lou Hamer from Mississippi, who became one of the most powerful voices of the civil and voting rights movements, Black women believed that the movement had to focus on the needs of the people. Grassroots organizing remains the most powerful method in bringing about change, and the efforts of those on the ground reaffirmed and demonstrated to people that government should work for us all.

During his inaugural speech, President Joe Biden said, “Today, on this January day, my whole soul is in this: Bringing America together. Uniting our people. And uniting our nation. I ask every American to join me in this cause.”

There is a lot riding on the promises of Biden and Harris, who have promised to advance racial justice and equity. We are reminded that just as the movement of the past called upon us to hold our leaders accountable, we must do the same today. This work will take all of us, because the future is us. We must imagine, act and rise together.

Use Amanda Gorman’s poem “The Hill We Climb” to talk with students about creative expression as a commentary on democracy.

Tafeni English is the director of the SPLC’s Civil Rights Memorial Center. Lecia Brooks is the SPLC’s chief of staff.

Main image above: National Youth Poet Laureate Amanda Gorman recites her poem, “The Hill We Climb,” during the inauguration of President Joe Biden on Jan. 20, 2021, at the U.S. Capitol in Washington, D.C. (Photo by Rob Carr/Getty Images)