Advancing equity and racial justice has been the Southern Poverty Law Center’s mission throughout the past 50 years, and one of the leaders who has been at the forefront of that effort is the SPLC’s chief of staff, Lecia Brooks, who was recently named a 2022 fellow for the Rockwood Leadership Institute.

The selection places her on a prestigious list of social change pioneers across the country who work for justice in American society.

As part of the fellowship, Brooks will work alongside other accomplished leaders to create and sustain a powerful vision of the work the SPLC does to advance civil rights for all in the Deep South and beyond.

“It is a tremendous honor to have been selected to join the Rockwood Institute’s 2022 National Leading from the Inside Out Yearlong Fellowship,” Brooks said. “I look forward to Rockwood’s transformative leadership development work and to connecting with and learning from committed social change leaders from across the country.”

Being selected as a Leading from the Inside Out fellow requires a rigorous nomination and application process. It takes nationally recognized leaders through an intensive, transformative and advanced learning program designed to create a dramatic shift in their capacity to lead organizations effectively. It trains them to collaborate across the boundaries of issue areas, political and organizational orientation, geography and background.

Since its inception in 2003, this executive leadership program has become one of the nation’s leading learning centers for experienced social change trailblazers like Brooks. 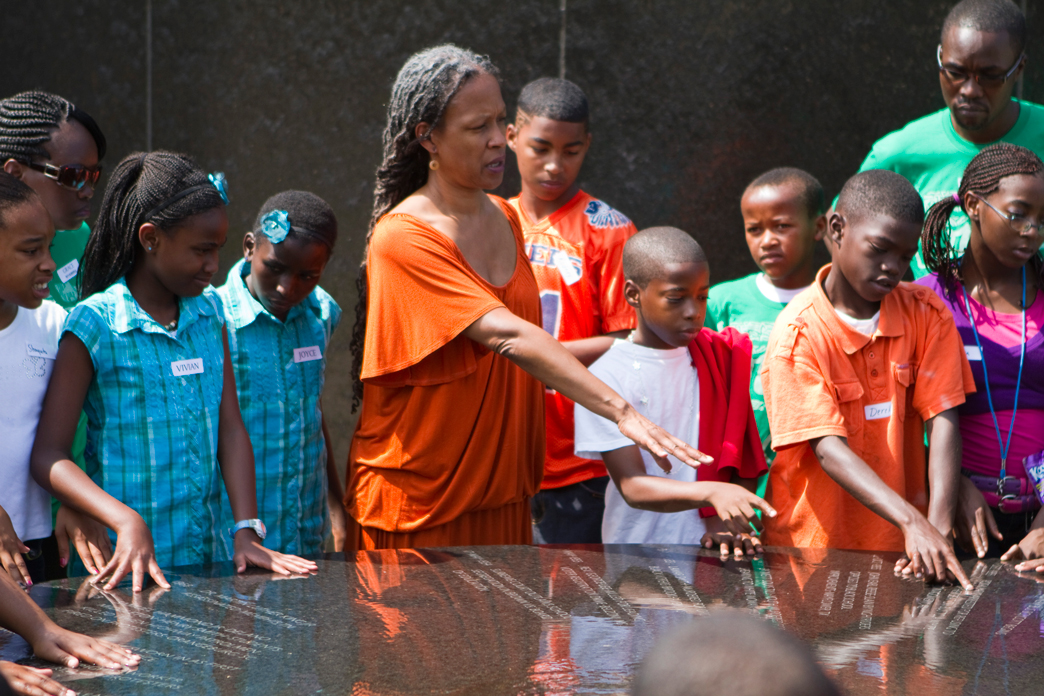 Before becoming chief of staff, Brooks served as the SPLC’s chief workplace transformation officer, supporting leadership and staff efforts to build a culture of inclusiveness and ensure a continued focus on diversity and equity. She has also served as the SPLC’s outreach director, traveling across the country and abroad to speak about hate and extremism. She has testified before Congress about the SPLC’s efforts to fight hate and extremism, too.

Brooks began her tenure at the SPLC in 2004 as director of the SPLC’s Mix It Up project – a Learning for Justice program designed to break down racial, cultural and social barriers in schools by bringing together schoolchildren of various backgrounds.

At the SPLC, she has conducted diversity advocacy training for corporations and nonprofit organizations, including Walmart, Lyft, Pixar, the Salzburg Seminar and the Newark Public Library.

She has appeared on numerous news programs to discuss civil rights and race in the United States. On MSNBC in August 2013, for instance, she paralleled the civil rights movement of the past to today.

She has also served as director of the Civil Rights Memorial Center, an interpretive center operated by the SPLC that includes interactive exhibits about civil rights martyrs.

Previously, she worked for 12 years in a number of capacities for the National Conference for Community and Justice in its Los Angeles office.

“Lecia has a wealth of experience that makes her an ideal Rockwood fellow,” said SPLC President and CEO Margaret Huang. “At the SPLC, her work has been defined by outreach to communities, students, civil rights leaders and public officials to promote racial justice and advance human rights for all. As the SPLC’s chief of staff, she provides invaluable counsel as we pursue our mission. I simply cannot overstate how delighted we are to see Lecia named as a Rockwood fellow at this critical time in our nation’s history.”

The 2022 Rockwood fellowship program brings together 30 human rights leaders in order to catalyze deeper partnerships within and across social justice movements by training individuals to become thriving change agents at a time when the nation is deeply divided.

Brooks and the other fellows – from organizations as diverse as the Asian Pacific American Labor Alliance, the Economic Security Project, Law for Black Lives, the Texas Civil Rights Project and Greenpeace USA – will attend three weeklong leadership retreats over the next year while having access to expert and peer coaching sessions, daily practices to support learning throughout the year and a variety of other resources and tools to use in their organizations.

In recent years, Brooks’ dedication to fighting back against hate and extremism has taken her to the nation’s capital on numerous occasions to speak to members of Congress about combating far-right extremism.

On March 24, Brooks testified before the House Armed Services Committee regarding extremism in the military. Her testimony included how the white supremacist movement in the United States is surging, and how it presents a distinct and present danger to our country and its institutions.

Lecia Brooks, the SPLC's chief of staff, testifies before Congress about hate and extremism. (YouTube)

Moreover, last February, following the deadly insurrection at the U.S. Capitol on Jan. 6, Brooks delivered congressional testimony focusing on the white nationalist movement; how far-right extremists are exploiting internet technology to create a broader, more decentralized and more dangerous movement; how the movement finances itself in this decentralized paradigm; and what steps we must take to confront the threat.

In her testimony, which drew from the work of investigators and analysts in the SPLC’s Intelligence Project, Brooks said the insurrection was years in the making and came after the campaign and administration of Donald Trump energized the white nationalist movement through his embrace of far-right conspiracy theories and racist denigration of immigrants.

She told Congress that by 2018, two years after Trump’s election, hate groups had risen to a record high of 1,020. The SPLC found that white nationalist groups had also risen by nearly 50% over the previous year, from 100 groups to 148. 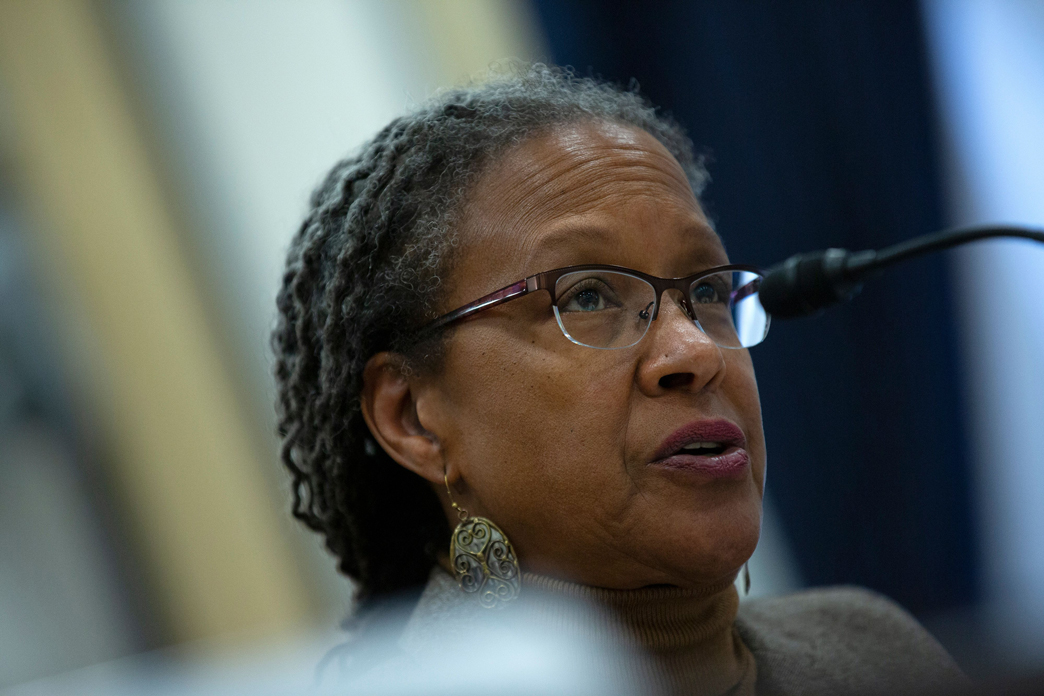 Lecia Brooks, the SPLC chief of staff, testifies before the congressional committee hearing titled, "How to stop White Supremacy" on February 11, 2020, in Washington. (Credit: Shutterstock)

“Long before he took office, [Trump] embraced and helped propagate the kind of false conspiracy theories that animated far-right extremists and helped to push their radical ideologies into the political and media mainstream,” Brooks told Congress. “After he took office, Trump continued to use his platform to promote the baseless conspiracy theories and fabrications of the radical right, many of them freighted with racial and antisemitic undertones.”

Ultimately, these conspiracy theories and baldfaced lies took center stage and led to the insurrection, which in the end, cost the lives of five people and threatened democracy in the U.S.

Experts from the SPLC’s Intelligence Project are now providing information to the House Select Committee investigating the Jan. 6 insurrection, including how the financing of extremist groups factored into the attack on the Capitol.

At the SPLC, Brooks has continued to support senior leaders, assist with strategic planning and work with people from across the organization to ensure the SPLC’s success, whether through achieving its long-term goals or maintaining effective daily operations and an equitable work environment.

“The SPLC’s support for my leadership development is testament to the approach to inclusive leadership taken by Margaret Huang, our president and CEO,” Brooks said. “I look forward to sharing what I learn with my colleagues to enhance and support our important work to advance racial justice in the South and beyond.” 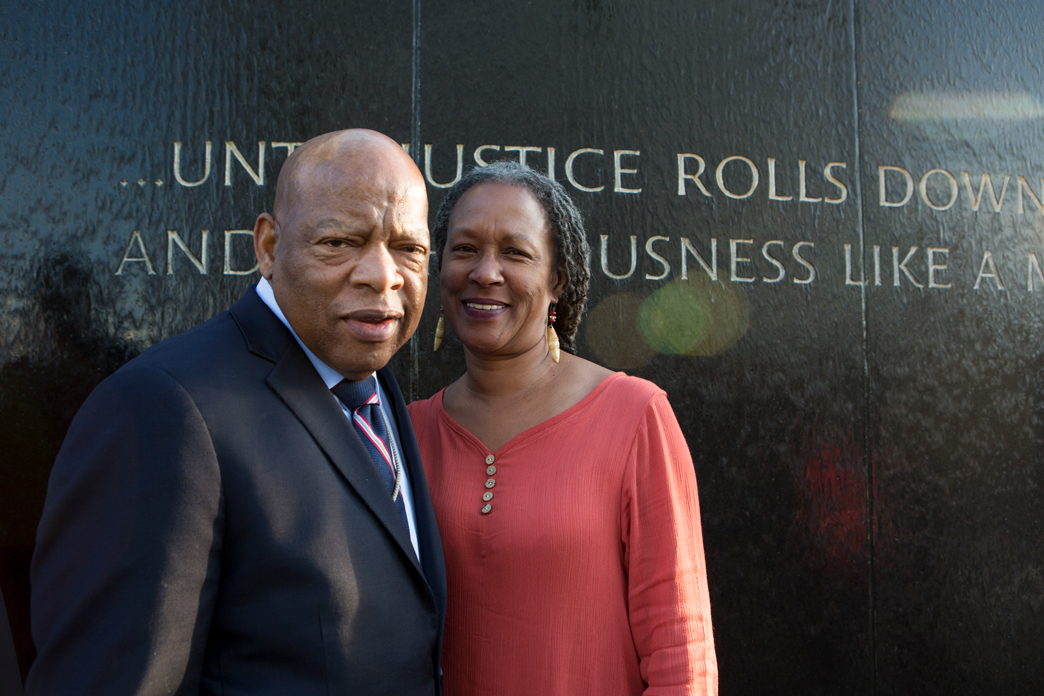 Brooks’ outreach efforts on key initiatives and social justice issues have led the SPLC to advance its promotion of tolerance and diversity, along with fostering a deeper understanding of the civil rights movement.

Huang has full confidence in Brooks’ ability to grow and challenge herself – and in turn, the SPLC – by partaking in a fellowship that will take her to new heights.

“As a Rockwood fellow, Lecia will only expand the reach of her work dedicated to seeking racial justice and challenging the forces opposed to a multicultural and equitable nation.”