Three newly drawn congressional districts in Georgia violate the Constitution and unlawfully diminish the voting power of people of color, according to a lawsuit filed today by the Southern Poverty Law Center, voting rights groups and Georgia voters.

The suit concerning Georgia’s 6th, 13th and 14th congressional districts highlights the long history of the white majority in Georgia’s use of racial discrimination to maintain political power. The suit also focuses attention on the fact that the federal government continually must step in to ensure that congressional map allocate political power in a way that does not violate federal law or the Constitution.

The complaint charges that the newly drawn congressional redistricting map violates the 14th Amendment to the U.S. Constitution by intentionally denying Black communities in Georgia representation and therefore equal protection of the law. 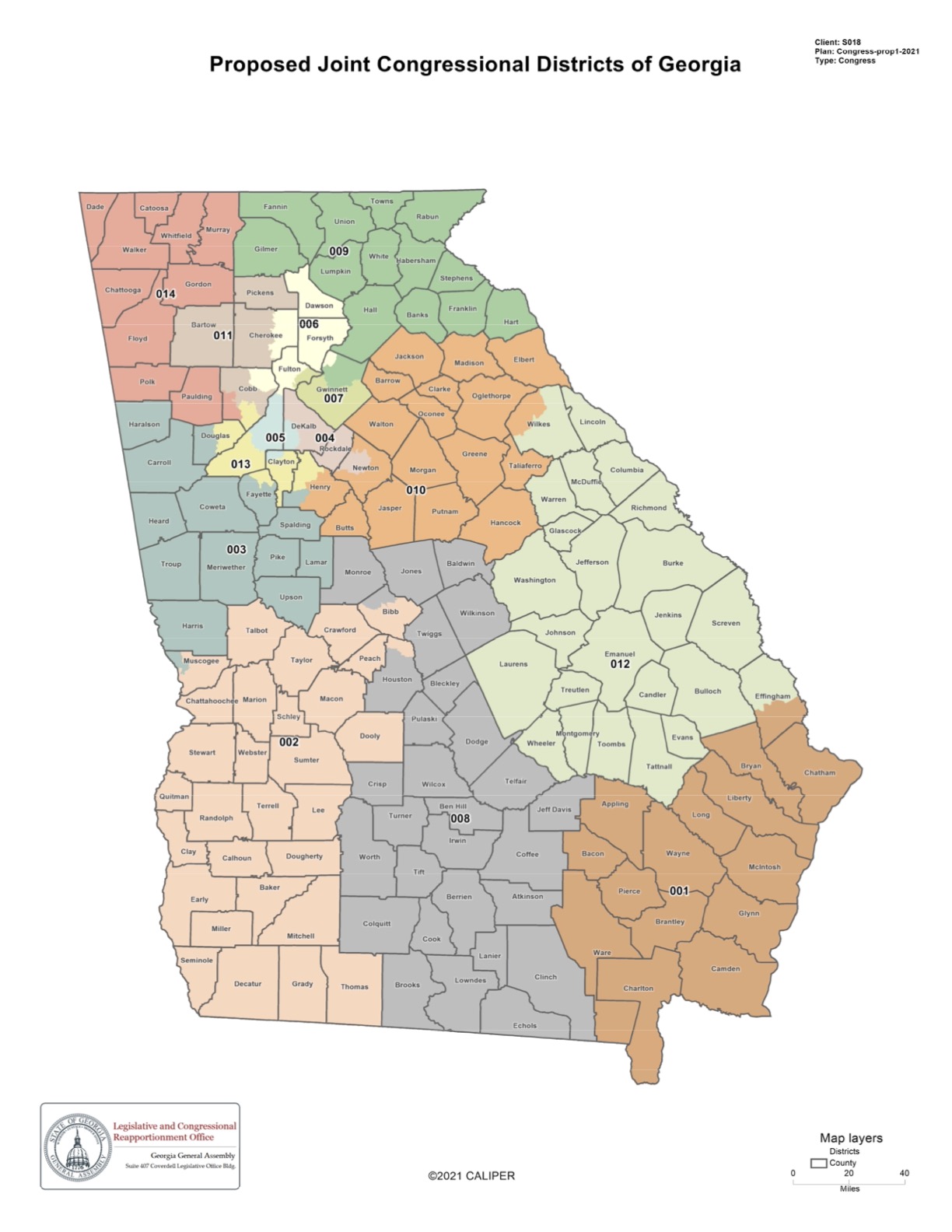 The case was brought on behalf of Common Cause, the League of Women Voters of Georgia and individual Georgians. The SPLC and Dechert LLP are representing them.

“The Georgia Legislature has ‘cracked’ and ‘packed’ communities of color in the congressional districts map, denying voters of color an equal voice in elections,” said Jack Genberg, senior staff attorney for the SPLC’s Voting Rights Practice Group. “This map must be remedied to prevent harm to Georgia’s communities of color for years to come. These unlawful districts would diminish communities’ ability to advocate for fair treatment and the fair allocation of funds from their government.”

The SPLC’s complaint explains that state legislators cracked Georgia’s 6th Congressional District, currently represented by U.S. Rep. Lucy McBath, by siphoning away voters of color to other districts so that they were unable to elect their preferred candidate in the 6th. Almost half of the voters in the district were removed, as state legislators expanded the district lines far into the exurbs to replace the 6th Congressional District’s voters of color with white voters.

Black voters were packed into the 13th District, as the General Assembly pieced together Black communities in parts of six counties to create a district with a Black population that is much larger than necessary to elect candidates preferred by Black voters. By concentrating Black voters and other voters of color into District 13, Black voting strength was reduced in other districts.

Black communities in Cobb County were cracked into the largely rural, white, 14th District. Black voters were forced into a district that does not reflect their community and will be represented by U.S. Rep. Marjorie Taylor Greene, who is known for making racist statements against her new constituents. As a result, these Black voters will face barriers to making their voices heard in their government.

“Georgia’s political maps must reflect the interests of the people – not the politicians,” said Aunna Dennis, executive director of Common Cause Georgia. “These maps intentionally discriminate against Georgians of color by silencing our voices at the ballot box. We look forward to seeing these maps corrected so that they give voice to every voter, regardless of race, ethnicity or background.”

Susannah Scott, president of the League of Women Voters of Georgia, agreed.

“Despite hours of testimony from constituents at hearings across the state last year, demanding fair districts lines that keep communities of interest intact and avoid racial gerrymandering, the Georgia Legislature has created a number of congressional districts that once again unconstitutionally pack and crack racial minorities in order to dilute the voices of voters of color in Georgia,” Scott said. “This is unacceptable, and the League of Women Voters of Georgia is proud to fight to ensure that the bedrock principle of ‘one person, one vote’ is honored in Georgia.”