After the bomb threats, Imani K. Bryant did not leave their apartment for five days.

A master’s degree candidate at Howard University in Washington, D.C., Bryant, who identifies as queer and uses they/them pronouns, has long felt safe on the leafy campus of the famed historically Black sanctuary of higher learning. For five years, the first four as an undergraduate, they have thrived, becoming a leader in the campus LGBTQ community and beyond.

But this time was different, Bryant recalls thinking in the early morning hours of Jan. 31, when their phone buzzed with text alerts and anxious rumors. Not only might there be a bomb at Howard. There could be one at Spelman College, where Bryant’s mother is an alumna, or at Alabama State University, where Bryant’s younger sister is a student, or any one of at least 16 other historically Black colleges and universities (HBCUs) targeted by the threats.

“It’s something that has really shaken me,” said Bryant, 22. “I’ve never felt completely safe in this country as a Black woman and as a queer person. But this? This was a very tangible threat to not only my safety but the safety of my community, not just at Howard but across the country. HBCUs are very visible Black spaces. And that makes them very visible targets for white supremacists.”

The FBI has identified six juveniles who are suspected of making the threats. One, in a call to Bethune-Cookman University in Daytona Beach, Florida, claimed to be affiliated with the Atomwaffen Division (AWD), a terroristic, neo-Nazi organization that the Southern Poverty Law Center has identified as a hate group.

As Bryant kept to their apartment, anxiously emailing a professor about missing class, a sense of worry and foreboding swept across HBCUs around the country. For two days at the start of Black History Month, the bomb threats left student and faculty at the schools shaken. Security teams swept campuses for bombs. Classes were canceled or went virtual. Staff were told to stay at home. Students were warned to shelter in place.

America’s HBCUs under the threat of attack

Leaders of four historically Black colleges and universities joined the SPLC for a virtual roundtable discussion on Feb. 8, 2022. (YouTube)

On the agenda was how HBCUs, long treasured as among the nation’s most trusted institutions of higher education, can ensure they remain safe spaces where students of color can embrace their shared experiences and cultures – and what additional support they can get from the federal government.

“SPLC believes this was a racist attack that aimed to not only disrupt the start of Black History Month, but the perpetrators, we believe, wanted to send a message that even learning while Black is not safe,” SPLC Chief of Staff and Culture Lecia Brooks said at the roundtable. “They clearly underestimated the strength of our treasured centers of learning, whose very existence is rooted in resilience.”

In a reminder of the persistence of the threat, even as the meeting started, students at Spelman College sheltered in their rooms, victims of yet another bomb threat called in just over two and half hours before the roundtable began. It was the third such threat this year at the historically Black university for women.

Despite that backdrop of ongoing trauma, HBCU leaders at the roundtable said they were united in their resolve not only to keep their communities safe, but also to use the incidents to further their educational mission to strengthen the resolve, resilience and leadership of Black young people. 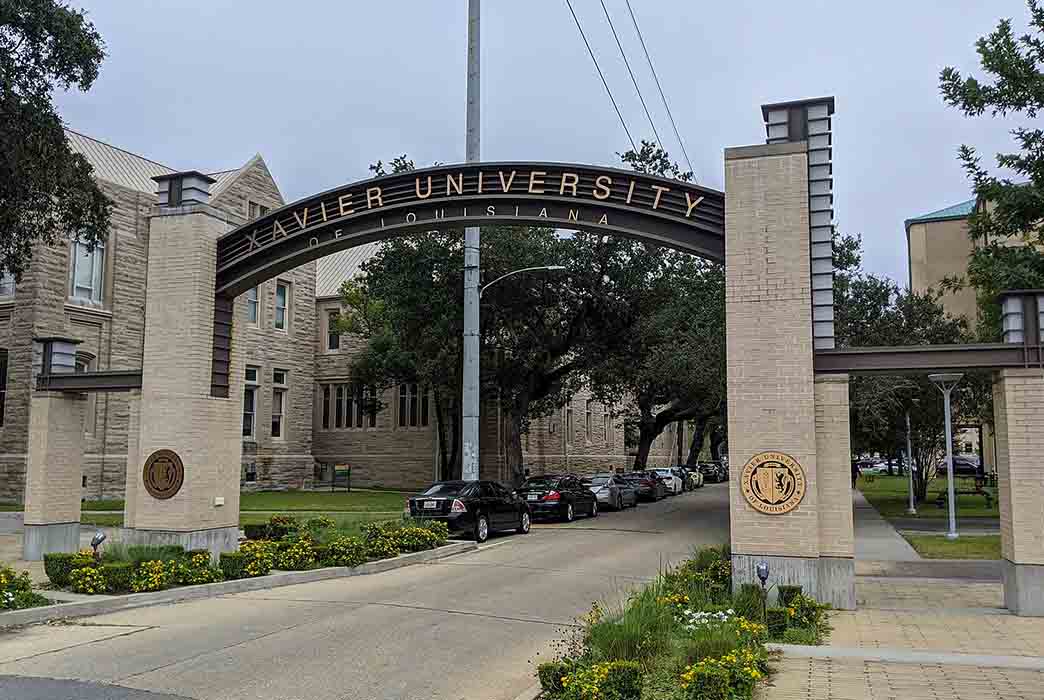 McCall, of Xavier University in New Orleans, said the threats were direct attacks of terror directed at institutions that are “a refuge of sorts where you gain more strength to go out and fight for everything that needs to be fought for in this country.”

It is precisely in that role, McCall said, that HBCUs will find the strength to persevere.

Kimbrough, of Dillard University in New Orleans, called the threats “a wakeup call” to realize that the struggle for civil rights did not end in the 1960s.

“We have to show that we are not afraid,” Kimbrough said. “The idea is to disrupt us. We can’t just stop doing everything. This is an opportunity to lean into our history.” 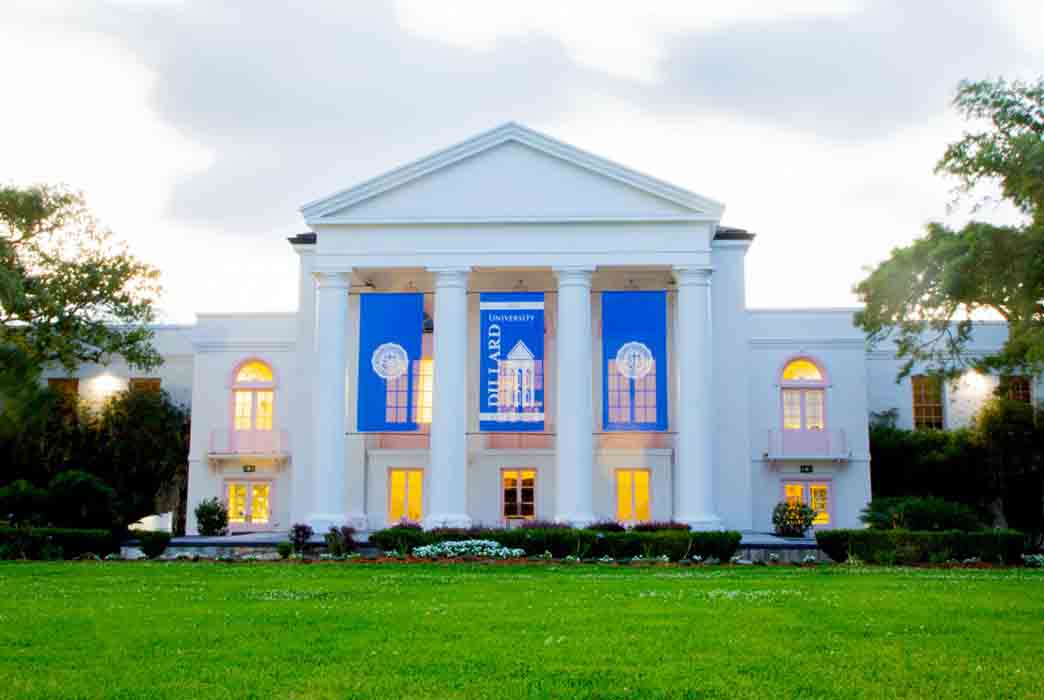 Margaret Huang, president and CEO of the SPLC, said in a statement that the threats are particularly alarming because they appear to be promulgated by young people.

“The hate and extremism of these young people is as great a threat as any extremist group: Not only is their immaturity a factor but often their devotion to perceived causes is due to a yearning to belong,” Huang said.  “Further, the actions of these youth make an even greater case for why discussions of race, and racial justice, must be a part of truth in learning in classrooms across the U.S. It also underscores the need for parents, educators and communities to be attuned to signs of radicalization and help inoculate them against being drawn into an extreme and hateful path.”

Nave, of Alcorn State University in Claiborne County, Mississippi, echoed that alarm at the roundtable, saying that beyond addressing immediate safety security concerns, her focus going forward would be advocating for better education nationwide about the deeply rooted history of violence against people of color in the United States. 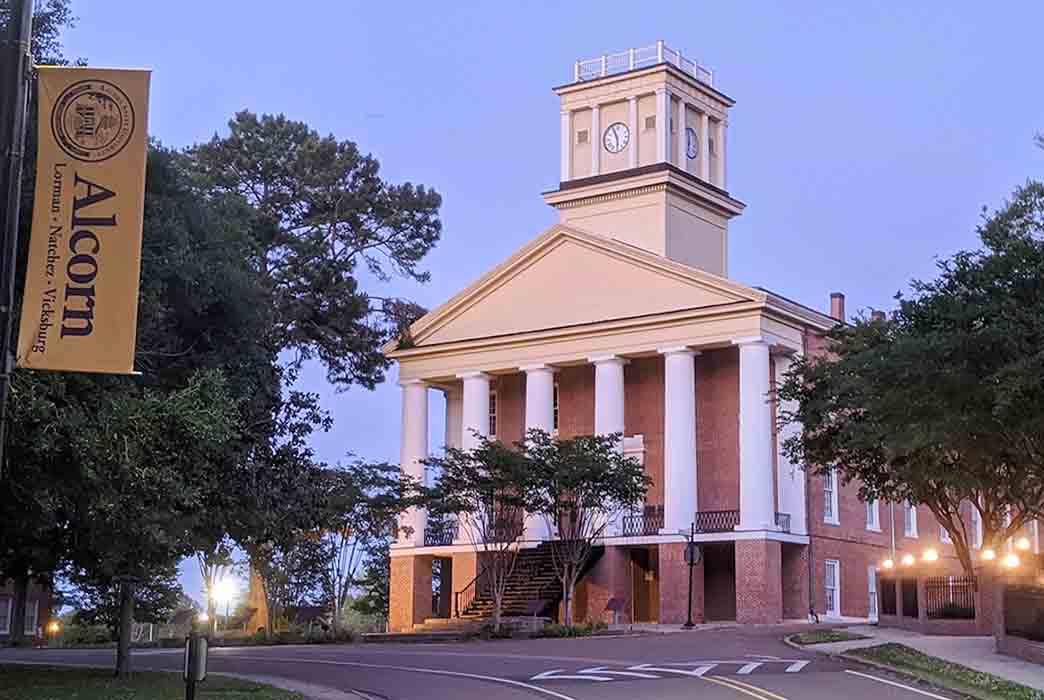 She and the other university leaders called it a tragic irony that – just when racism and antisemitism are surging in the country – school boards are banning books that deal with the issue and are taking action against teachers and administrators who introduce the study of America’s painful history because such education could make white children “uncomfortable.”

“If part of the process requires changing hearts and minds, that starts at a very early age, yet we’re still at a space where we continue to mislead our youth, who are ultimately our future,” Nave said.

The FBI has called its investigation into the threats at HBCUs one of “highest priority.” Other federal agencies, including the Bureau of Alcohol, Tobacco, Firearms and Explosives, have also announced investigations.

At the roundtable, Cooper of the DOE said federal agencies are working with HBCUs to review campus policing and security procedures, to ensure mental health resources are available and to help them update emergency plans “to deal not only with natural disasters, but also physical threats.”

The threats, Cooper said, are “reminiscent of the civil rights era” and “a likely attempt to exploit tensions among some factions in our society,” adding that they “have absolutely no place in our society and will not be tolerated.”

The HBCU leaders at the roundtable said local, state and federal law enforcement agencies responded swiftly and have been in close contact with them while the investigations continue.

Earlier this week, the Department of Homeland Security issued a bulletin warning of a heightened threat of domestic and foreign terrorism to institutions including HBCUs and other  universities, Jewish facilities and churches. The National Terrorism Advisory System (NTAS) bulletin warns that purveyors of online conspiracy theories and other forms of false information “seek to exacerbate societal friction to sow discord and undermine public trust in government institutions to encourage unrest, which could potentially inspire acts of violence.”

HBCU students, already unnerved by the increasing hate crimes, public vitriol and overt acts of racism, by the school shootings their generation has grown up and by the COVID-19 pandemic, are just trying to regain their sense of equilibrium. 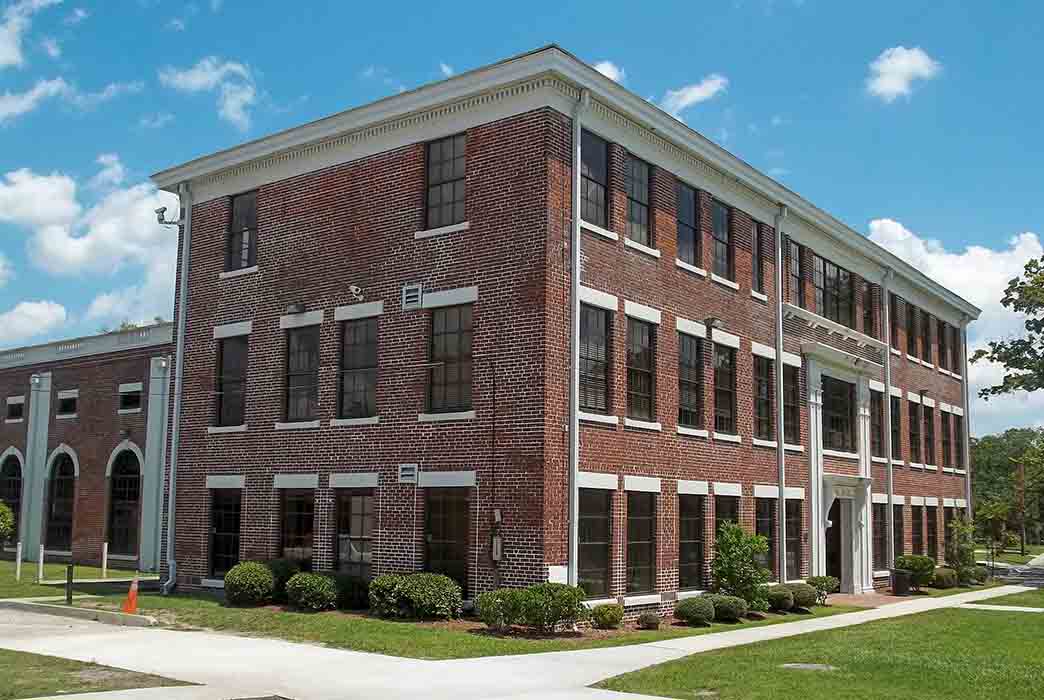 At Bethune-Cookman in Florida, senior Ayanna Smith, 22, was in the dark about what exactly was happening for hours on Jan. 31, when her campus came under threat. Students were told at about 6 a.m. not to leave their dorm rooms, Smith said, but not told why until the lockdown was lifted eight hours later.

“Everybody’s asking, ‘What’s going on? We can’t leave our dorms?” Smith told the SPLC. “Everyone in the group chat is alarmed. It was scary because you can’t figure out what you have to do. We started to hear the rumors there was a bomb somewhere. Well, if we leave our rooms it might go off. If we stay it might go off.”

As the hours dragged on, students turned to vending machines and dorm refrigerators for food, Smith said, and tried to determine what was real and what was gossip.

“This is my senior year, my last semester. I’m like, I don’t need this,” Smith said. “I’ve got to focus on graduating and now I’ve got to worry about my safety even more?”

Alex Freeman came to the U.S. as a refugee from Liberia as a child. Now a senior at Morgan State University in Baltimore and the former president of the student government association, Freeman said he takes great pride in his university and his education. An industrial engineering major, he said he was stunned when security teams came through his building checking every hallway and every room.

As he sat with friends in the anxious morning hours, he said, he was overwhelmed at the audacity of young people making bomb threats to disrupt the education of Black students.

“This is a college. We are students here pursuing higher education,” Freeman told the SPLC. “This takes a toll. For them to take the time out of their day and go out and threaten other students and their institution is a slap in the face.”

The trauma of the threats was likely to be long-lasting, Freeman said.

As a young Black male growing up in West Baltimore, he was warned by parents and teachers to stay out of harm’s way.

“You absorb that, and obviously you’re not looking for trouble. But when you can’t even feel safe in your own home, in your own school? It’s kind of hard when trouble is looking for you.”