By any definition, Kendall Rae Johnson is an exceptional child.

It all started when her parents saved some collard green stems and planted them for a garden in honor of her great-grandmother.

“A week later she came in and said, ‘Hey, we got something growing,’” said her mother, Ursula Johnson. “Then she was inspired. She planted cucumbers, tomatoes, peppers. She watched it, touched it, made sure there were no bugs. That was the beginning.”

Now, at the tender age of 6, Kendall Rae is the youngest certified farmer in Georgia history, fulfilling those requirements last fall. 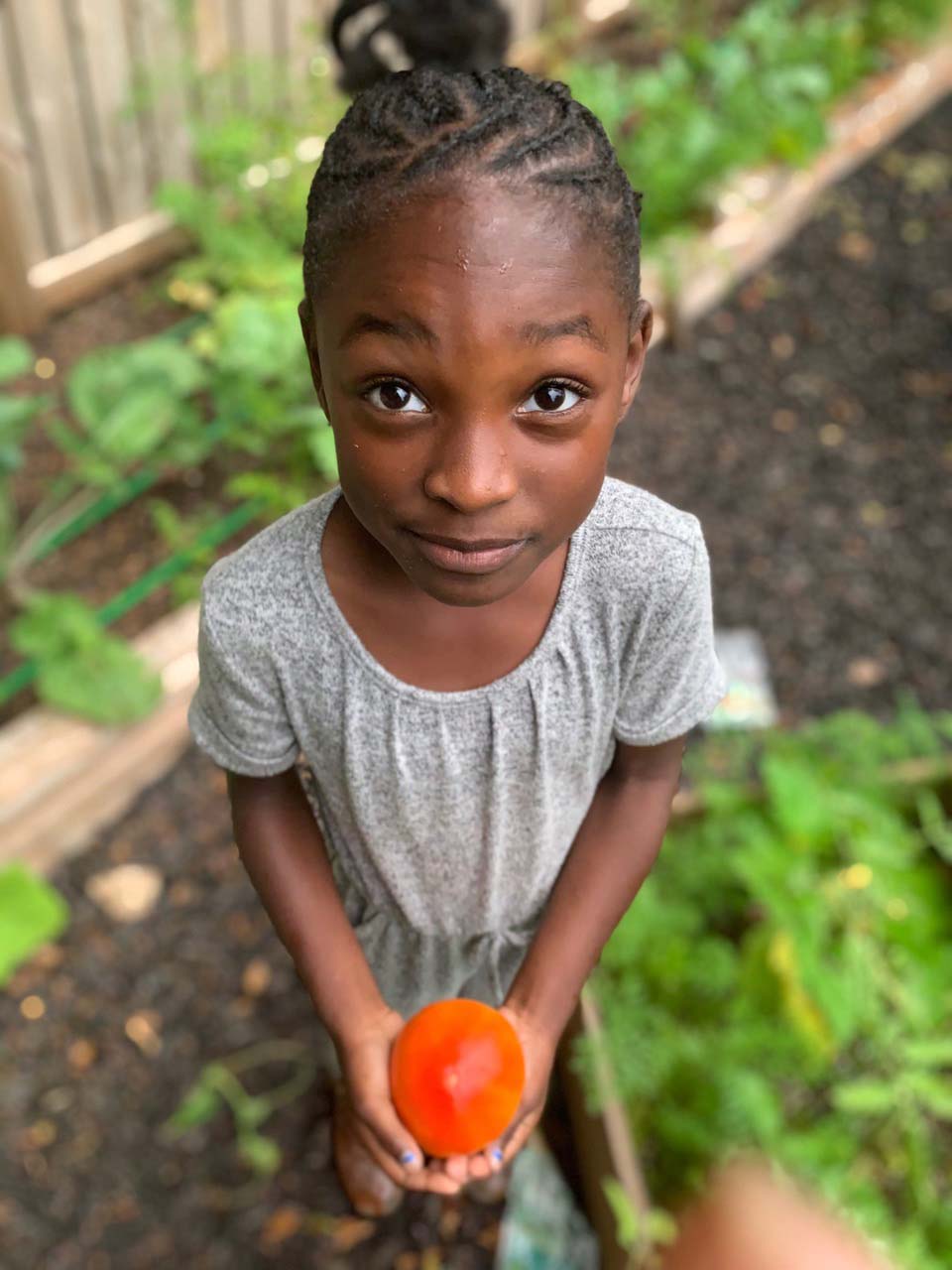 What sets Kendall apart from other children is her fascination with – and passion for – learning about raising plants and animals. A century ago, that would not have been so unusual for an African American child. Then, Black farmers made up 14% of the producers in the United States. As of 2017, that number had dropped to just 1.4%, according to the U.S. Department of Agriculture’s (USDA’s) most recent agricultural census. They also lost 90% of their property, some 16 million acres worth up to $350 billion, during that time, compared with just 2% for white farmers.

Like all people who work the soil, Black farmers have had to contend with Mother Nature and her whims. But unlike their white counterparts, they have had to fight a war on two fronts. While the federal government has provided loan and subsidy programs on a large scale to farmers, studies have shown that the bulk of that aid has historically gone to white farmers and has been largely withheld from Black farmers.

And that is not just an issue from days gone by. Even today, government programs intended to help farms survive the market effects of the COVID-19 pandemic have largely missed Black farmers. In fact, efforts aimed directly at socially disadvantaged producers – those who have been subjected to racial or ethnic prejudice or cultural bias within American society – are tied up in a Texas court, where a trial judge ruled that programs aimed at rectifying more than a century of discrimination are in and of themselves discriminatory.

Basically, the court has ruled that there is a time limit on how far back Congress can go to remediate intentional discrimination by the government. This has enormous implications for other kinds of reparations as well.

No place at the table

The challenges facing Black farmers go back to the abolishment of slavery and to the Reconstruction era that followed. In fact, two pieces of legislation that have primarily aided white farmers over the years – the Homestead Act and the Morrill Land Grant Act – were passed in 1862. By 1934, more than 270 million acres – 10% of U.S. lands – were transferred from the Tribal Nations into the hands of more than 1.6 million largely white homesteaders. Many of these transfers were made prior to the 1868 adoption of the 14th Amendment, which granted citizenship to formerly enslaved people.

Much of the discrimination was far more overt and directed. Over the years, courts have determined that Black farmers were discriminated against at every level. Government officials withheld loan and grant funds, making it difficult, if not impossible, for Black farmers to compete against their white counterparts.

Additionally, the lack of established wealth and land being passed from generation to generation left the Black farmers at a significant disadvantage, even before the detrimental actions of the U.S. government.

These are not just allegations. They have been documented for more than a half century. In its 1965 report on Black farmers, the U.S. Commission on Civil Rights found numerous problems in the way federal programs treated farmers of color. The report documented how the USDA’s Cooperative Extension Service, Farmers Home Administration, Soil Conservation Service and Agricultural Stabilization and Conservation Service denied thousands of Black farmers access to services provided to white farmers to help them diversify their crops, increase production, achieve adequate farming operations or train for off-farm employment. 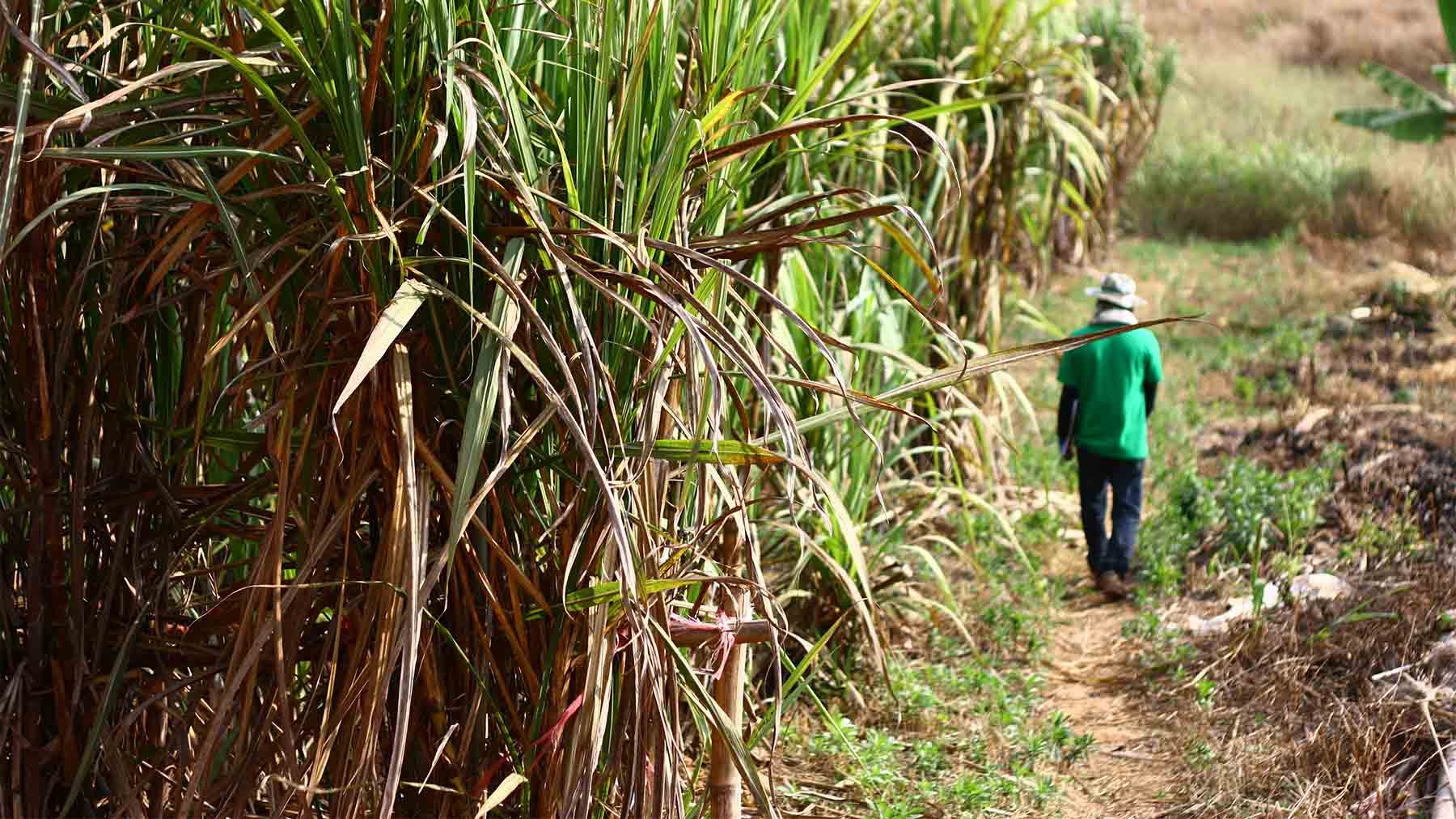 A laborer walks through a sugar cane field, where the work can be intense and arduous. (Credit: iStock photo)

The report also showed that of almost 5,000 county committeemen for the Agricultural Stabilization and Conservation Service in 11 Southern states, none were Black, even though these committees had huge power over who received farm program payments and who did not.

Those findings, in various degrees, were repeated in similar reports in 1982 and 1997. The efforts to hold back Black farmers continued well into the 21st century.

In the landmark Pigford v. Glickman lawsuit, a federal judge in 1999 ruled that the USDA had systematically denied assistance to Black farmers. Under the consent decree settling the case, payments totaling $1 billion were distributed to some 20,000 Black farmers.

But the discrimination didn’t stop there. Another $1.2 billion was awarded a decade later to settle claims in subsequent litigation that the USDA had continued its practice of ignoring Black farmers; many farmers who should have been compensated in the first settlement were denied payments because of delays and foot-dragging on the part of government officials. Even then, the amount each plaintiff received was relatively small despite the overall size of the settlement.

In recent years, efforts to offset the systemic discrimination against Black farmers are themselves being targeted as discriminatory.

Shortly after the passage of President Joe Biden’s American Rescue Plan Act (ARPA), a group called America First Legal filed a lawsuit on behalf of Texas Agriculture Commissioner Sid Miller. The suit, filed in the U.S. District Court for North Texas, argues that two portions of the act, Section 1005 and 1006, are discriminatory because they set up some $5 billion in aid specifically to pay off loans and provide other aid to farmers who have been discriminated against because of the smaller size of their operations.

Not surprisingly, America First Legal was established by former Trump senior adviser Stephen Miller, who has a long history of promoting white nationalist ideology and policies, both before and during his service in the White House. His connections to far-right and white nationalist groups have been heavily documented, most notably in a series of stories based on emails leaked to the Southern Poverty Law Center’s HateWatch.

A trial judge blocked the distribution of aid to Black farmers under the two sections of ARPA pending a resolution of the lawsuit, meaning that much of the aid is in limbo. While other funds are being released, the farmers depending on the ARPA funds to level the playing field instead must fight not only systemic discrimination but also the challenges of operating in the midst of a global pandemic.

Working within a broken system

While there is litigation underway to help remove the systemic roadblocks Black farmers face, other groups are trying to help those farmers operate within the existing flawed infrastructure. The SPLC, for example, has partnered with organizations including the EcoWomanist Institute and the Center for Community Progress to expand and deepen its on-the-ground advocacy for Black farmers.

“We are working to support several community organizations in Georgia essentially to help farmers develop the skills and expertise to scale up their farming operations,” said Clara Potter, a staff attorney for the SPLC’s Economic Justice Project. “These are folks who applied for microloans through a rural FSA [Farm Service Agency] office in Georgia and were denied loans on grounds we don’t think totally add up.”

Potter said that even though there is a history of discrimination, there is not always a long legal paper trail to follow. 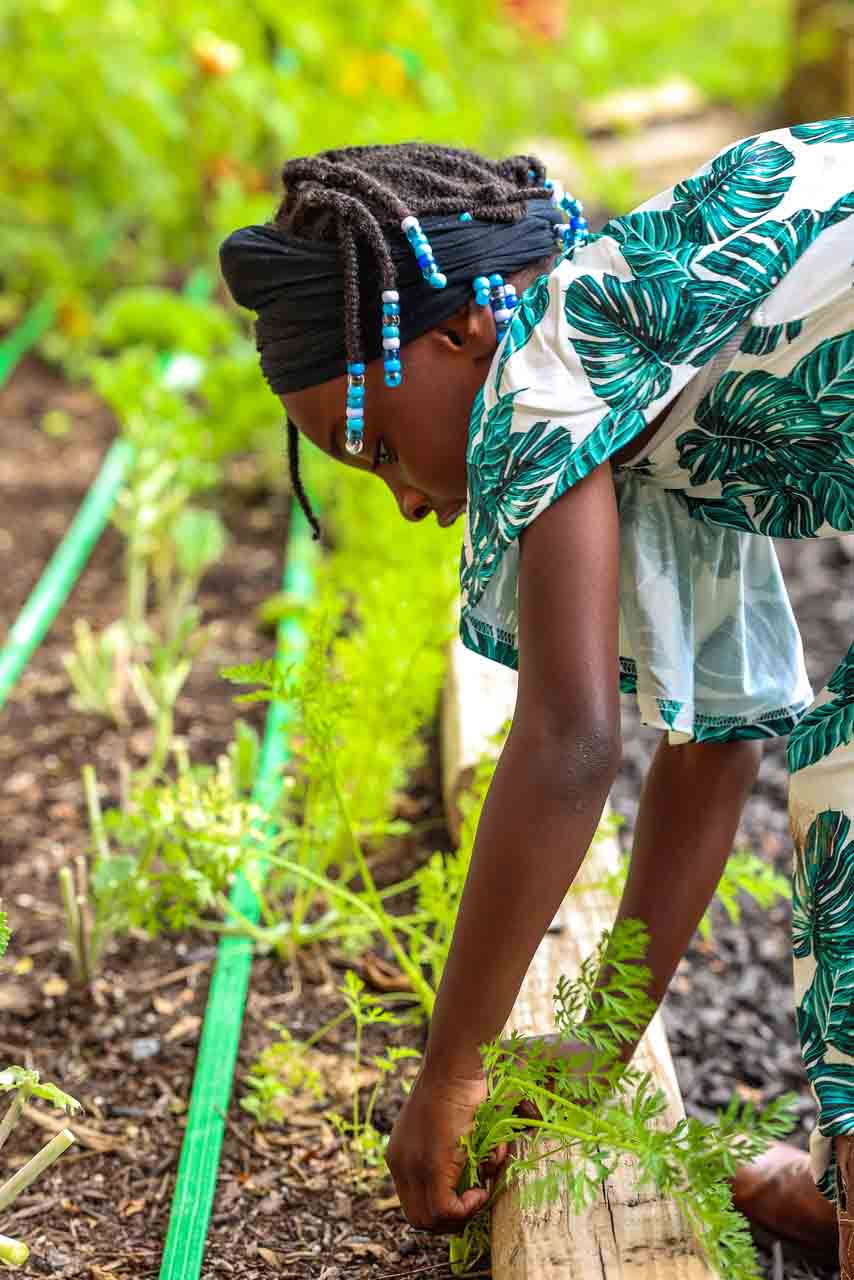 Kendall Rae Johnson, 6, tends to her garden, which she has grown into her own urban agriculture business. (Credit: Family photo)

“It’s rare to find individual farmers challenging FSA offices on discrimination grounds,” Potter said. “As you can imagine, there are a lot of hurdles to bringing these lawsuits. There’s a lot of opacity in these processes. We’re helping these farmers first reapply for these microloans and hoping that they get approved or, if they are denied, assist them with the appeals process.”

As these processes aimed at resolving historic discrimination move forward, Kendall Rae Johnson is cultivating hope for a brighter future. She is growing her own urban agriculture business, aGROWKulture, creating produce baskets for local customers. Because of the national media coverage of her certification, she has had a successful GoFundMe effort to expand the footprint of her garden.

She is also about to set another milestone, becoming the youngest person to charter her own 4-H classes.

In the meantime, while winter hovers over the South, Kendall Rae is more focused on the things within her control that farmers have contended with for centuries.