When Harry Chiu, the son of immigrants from Hong Kong, was a child in Vancouver, Canada, he had little awareness of anti-Asian prejudice.

Not until the stellar student reached high school did he begin to feel the sting of prejudice, hearing stereotypical barbs from classmates who labeled him as “short” and “good at math.” Not long after he came out as gay in college, Chiu realized he wanted to become a lawyer. 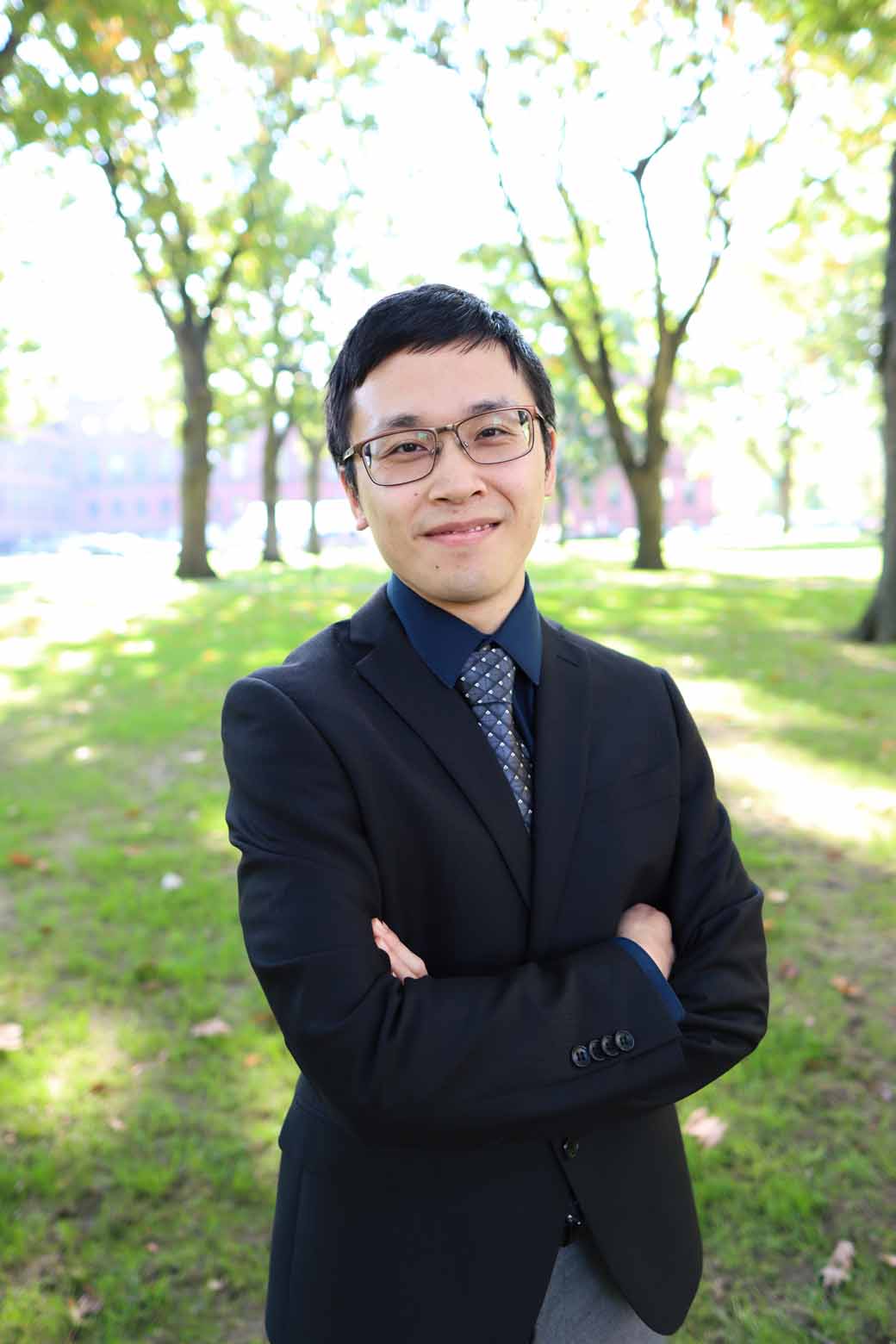 “I was studying sociology as an undergrad in Canada, which made me aware of so many things that are not right in this world,” Chiu said. “As the gay, Asian son of immigrants, the deck is stacked against a lot of the identities I am part of. I decided I wanted to acquire the tools to effect change.”

Now a third-year student at Harvard Law School, Chiu will get a crash course in advocating for racial and social justice in the Deep South.

He is the first recipient of the Lynn Walker Huntley Social Justice Fellowship, sponsored jointly by the Southern Education Foundation (SEF) and the Southern Poverty Law Center.

The two-year fellowship is designed to prepare early-career lawyers for education work in the South on behalf of students of color and students from underserved communities.

Beginning in September, after graduating from law school, Chiu will work in the SEF’s Atlanta office while advocating for education equity through research, policy analysis and litigation in Alabama, Florida, Georgia, Louisiana and Mississippi.

“The SPLC, alongside the Southern Education Foundation, is thrilled to offer the Lynn Walker Huntley Fellowship to Harry Chiu, a driven young lawyer who has demonstrated a commitment to ensuring all students have access to a high-quality education and supportive learning environment,” SPLC President and CEO Margaret Huang said. “We look forward to his contributions to this important mission.”

The path to advocacy

After his undergraduate studies – and even though he had been accepted at Harvard Law School – Chiu felt the strong pull of teaching and wondered if he should pursue sociology as a university professor or as a high school teacher. Undecided, he deferred law school and spent a year in Japan, teaching English to elementary and junior high school students. He was also “soul searching.”

“I absolutely loved teaching,” he said. “It was incredible, but I had to choose whether to stay or go, and I chose to go.”

During the summer after Chiu’s first year of law school, he interned for the Boston-based nonprofit GLBTQ Legal Advocates & Defenders (GLAD), where he worked alongside Mary Bonauto, GLAD’s civil rights project director.

Bonauto had successfully argued the Obergefell v. Hodges same-sex marriage case before the U.S. Supreme Court in 2015. Then she worked on another Supreme Court case, Fulton v. City of Philadelphia, as a friend of the court. 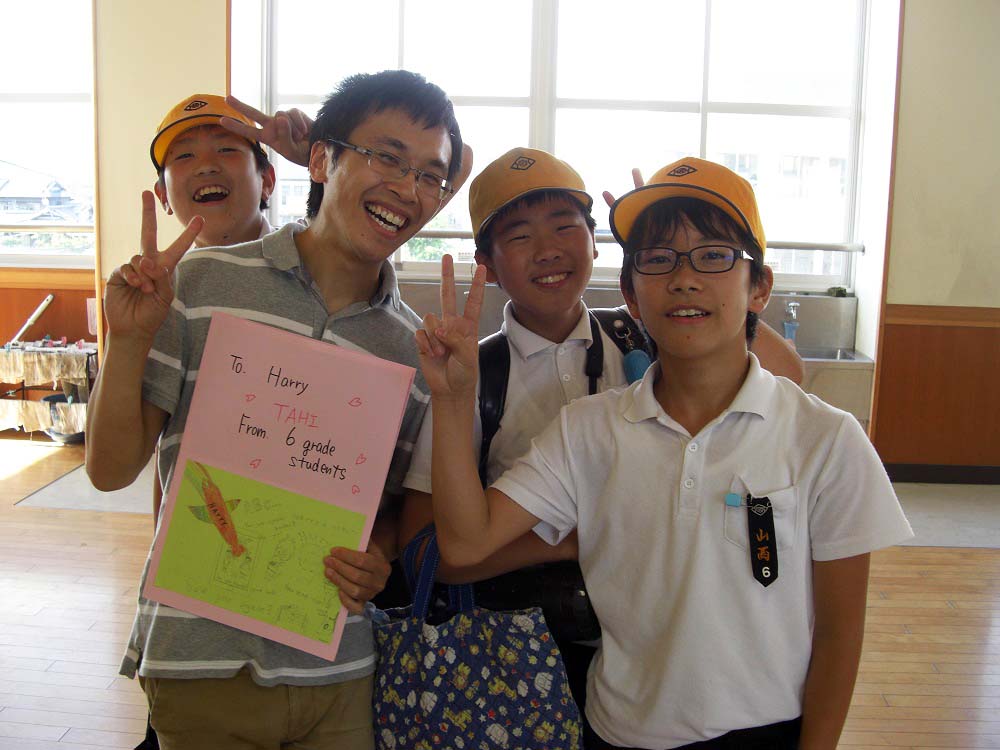 “Getting to work with Mary on the Fulton case, seeing how difficult it is to work with the Supreme Court as it is now, pushed me toward policy work and persuasive grassroots solutions, to make sure they are included in the toolkit, and not just litigation,” Chiu said. “Mary and I had many conversations about what it takes to make change.”

In his second year of law school, his courses led him to conclude that progressive social activists are often unable to effectively communicate their messages.

“I noticed that the other side is very good at communicating [their positions] on race, policing and education, for example,” he said.

One course called Communication Law and Social Justice taught him “how I can frame an issue to persuade people to agree with me.”

And his direct work with Asian and LGBTQ children in the school’s Education Law Clinic – helping them write statements to Massachusetts legislators – convinced him that he wants to “advocate for student voices.”

“It’s so important to include children in education reform,” Chiu said. “Who better to know what kids need than the students themselves? So that work was more than just satisfying. I found that when I was trying to persuade a state legislator, it made a big difference that I could say that a student I worked with in their district really needed their support. It humanized the story.”

Chiu’s fellowship, established in 2021, is named for civil rights trailblazer Lynn Walker Huntley, who served as the SEF’s president from 2002 to 2010.

Huntley, who passed away in 2015, spent a career advocating for incarcerated people, immigrants, students from families with low incomes and underserved communities of color. She worked for institutions including the NAACP Legal Defense and Educational Fund and the Ford Foundation, where she helped launch the civil rights documentary series “Eyes on the Prize.”

In the early 1980s, she became the first Black woman to head the Special Litigation Section of the Department of Justice’s Civil Rights Division and later served as a deputy assistant attorney general.

In 1995, Walker Huntley joined the SEF as director of its Comparative Human Relations Initiative, which studied race, poverty and inequality in Brazil, South Africa and the United States.

Walker Huntley set a high bar for social advocacy, and the fellowship honors her memory: Chiu was chosen from among 46 law school students who applied.

“In a pool of truly outstanding finalists, all of whom had stellar academic accomplishments, strong track records of community-facing work and a deep knowledge of the issues affecting children and public education, Harry’s accomplishments and commitment to eliminating the systemic barriers to children’s meaningful access to high-quality education stood out,” said Bacardi Jackson, interim deputy legal director for the SPLC’s Children’s Rights Practice Group.

“We believe he will honor the legacy of Lynn Walker Huntley as the first of, hopefully, many brilliant new lawyers who will be joining the civil rights bench through this fellowship.”

Chiu’s research and advocacy work with the SEF will inform his litigation-related work for the SPLC, which will include legal research, writing briefs, conducting discovery, preparing for oral arguments and appearing in court.

“The important work he will be doing with the Southern Education Foundation and the Southern Poverty Law Center will go a long way in helping to achieve education equity in the South,” said Raymond Pierce, president and CEO of the SEF.

Chiu is looking forward to making a difference.

“I’m over the moon that I will be able to have this kind of impact across so many disadvantaged students,” he said. “I never thought I would be able to do education policy coming right out of law school. It’s humbling. It’s thrilling. It’s exciting. It’s a little scary.”