Toward the end of her meditative journey through the South, author and scholar Imani Perry travels back to Alabama, where she was born, where so much of the civil rights movement had its birth — and where the Southern Poverty Law Center bases its work today.

Standing on high ground above downtown Montgomery, on the site of a searing memorial to the legacy of Black people terrorized by lynching and enslavement, humiliated by racial segregation and Jim Crow, and burdened by contemporary presumptions of guilt and by police violence, Perry is reminded of a truth central to her understanding of the United States.

Perry returns to Montgomery today, albeit virtually, celebrating Women’s History Month with a reading and discussion of the book that emerged from her travels into the past that is not really past: South to America: A Journey Below the Mason-Dixon to Understand the Soul of a Nation.

Presented by the SPLC’s Civil Rights Memorial Center (CRMC) in partnership with Alabama State University, the online conversation with Perry – the Hughes-Rogers Professor of African American Studies at Princeton University and the author of seven other books including the award-winning Looking for Lorraine: The Radiant and Radical Life of Lorraine Hansberry – is open to all. 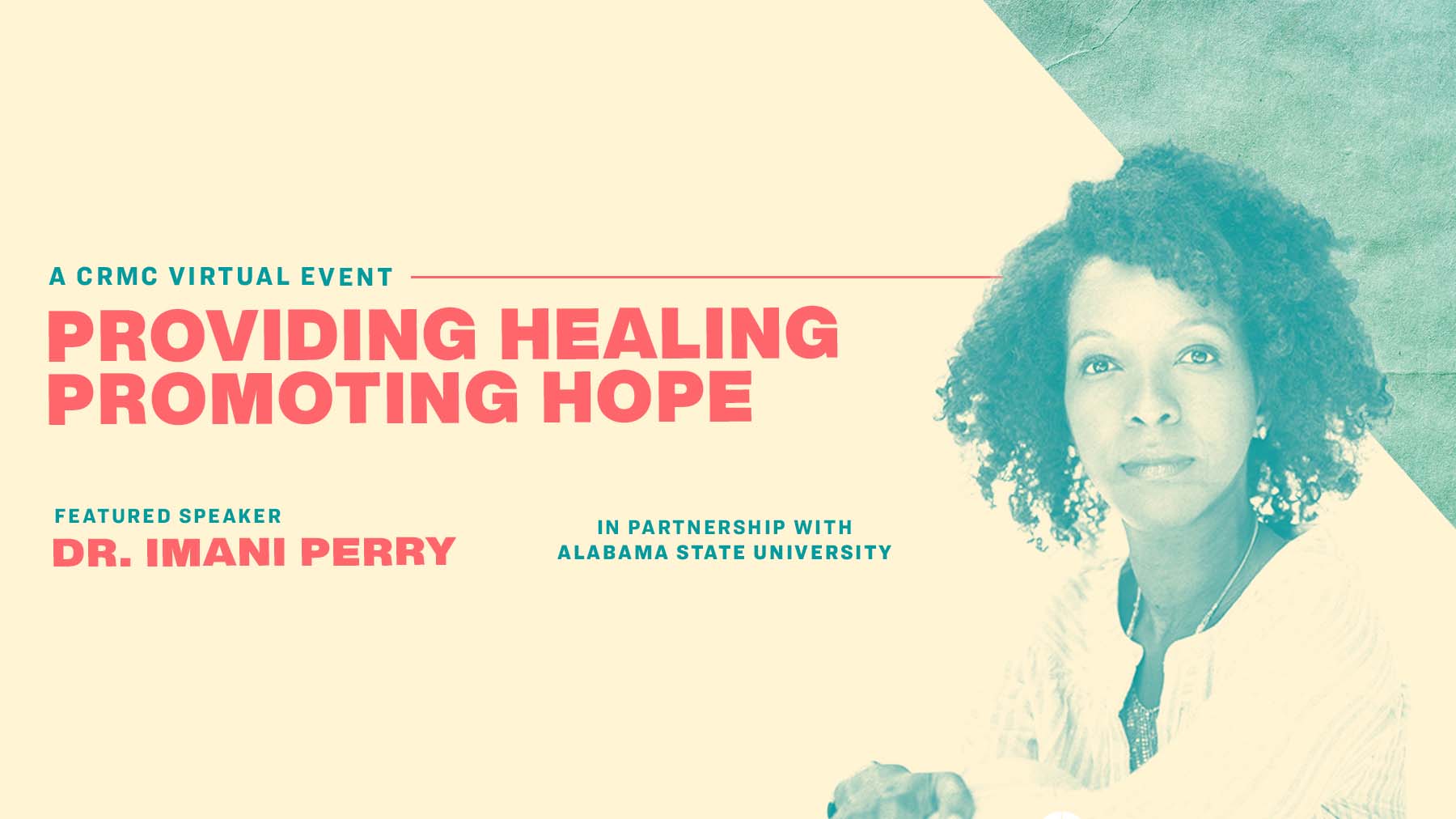 In an interview with the SPLC earlier this week, Perry said participating in the event is important to her because the organization, rooted deeply in the South but built on upholding the rights of all people throughout the United States, asks the same question she does every day: “Not, when will we get to the promised land, but how do we transform our institutions as part of our day-to-day patterns in the present to get toward it, so that we can become the kind of people who would be able to sustain a more equitable society?”

That question, Perry said, is central to her latest book, which weaves painful, intimate, passionate and beautiful history with her own story on a journey through the many things Southern. Traveling, before the COVID-19 pandemic, through the Deep South, the New South, the Black Belt, the Gulf Coast and to the Bahamas and Cuba, Perry is an exile returning home, “just trying to see,” she writes, “how the back-then is inside the now.”

A child of Birmingham who moved with her parents to Cambridge, Massachusetts, when she was 5, Perry suffuses the book with resonant descriptions of place, poetic images of its cadences, its beauty and its pain, and memories of her mother, her grandmother and her childhood.

She sees in her journey the ways in which systems, habits and practices established in the past remain part of the present. She goes to the grounds of a men’s penitentiary built on the same land where Black people were enslaved. In Maryland, she walks through fields where immigrants from Central America and Mexico are laboring to pick tobacco in the same region where one of her ancestors may have done the same. And she writes of the restaurant kitchens where undocumented workers labor to feed patrons, treated as invisible in the same way “house slaves” once were.

“And you see we have these structures of relations that persist that are unjust, and we just sort of live with them casually,” Perry said. “It’s everywhere you look.”

“We do carry this narrative in the South of being resistant to history, to inclusion, and we do see that playing out in some spaces, of course,” said Civil Rights Memorial Center Director Tafeni English, who invited Perry for the event. “But racism plays out in other areas as well, in school systems in the North, in housing in the North. And with SPLC doing this work in the South, we really have the opportunity to be part of reshaping the narrative of the South.”

Ultimately, Perry said, the prevailing narrative fails to acknowledge the complexity of the South.

“I want to acknowledge both the incredible beauty and intimacy and sense of home that I feel in Alabama, specifically, and also understand why the nation has used the South in such an ugly fashion, and why the South has been affected by so much ugliness,” Perry said. In fact, making the South “the repository of the nation’s sins” gives the rest of the country license, she writes, to look away from its own racism.

In one moving passage in the book, Perry writes of an enslaved ancestor who in one document was named Esther, after the biblical heroine who won her people freedom; and Easter in another, for the holiday of renewal and rebirth.

Asked about whether, despite her indictment of the United States as “irredeemably” racist, Perry found in her journey reasons to hope for the liberation and rebirth embodied in the names given her ancestor, Perry referred to hope as a “practice, a discipline” and a way for the nation to move forward from false mythologies.

“Hope doesn’t come naturally to me, but I think that it has to be cultivated and invested in,” Perry said. “I mean, it’s a responsibility … because you don’t do the work of making society better unless you decide to invest in hope.”