Ketanji Brown Jackson is the first Black woman voted on to the Supreme Court in its 233-year history. A federal judge, Jackson was nominated to replace Justice Stephen G. Breyer who announced his retirement earlier this year.

Jackson’s ascension diversifies the court’s makeup. She becomes the third person of color among the nine justices and narrows the gender gap, raising the current number of women on the high court to four.

“The historic confirmation of Judge Ketanji Brown Jackson is an essential step toward a more inclusive America that reflects the strength of our diverse nation and recognizes the unique and often overlooked role African American women have played in building and shaping this country,” Southern Poverty Law Center President and CEO Margaret Huang said in a statement after Jackson’s confirmation by the U.S. Senate.

Jackson was sworn in as the 116th member of the Supreme Court — replacing Breyer, who officially retired — at noon June 30, 2022.

Here is a brief look at her life and career:

1970 — She is born Sept. 14 in Washington, D.C. Parents Johnny and Ellery choose the name Ketanji Onyika — meaning “Lovely One” — for their daughter from a list of names sent by a family member who was serving in the Peace Corps in West Africa.

The family moves to Miami, where the Browns serve as school administrators in the Miami-Dade Public School System. She has a younger brother, Ketajh.

Jackson has said — and affirmed at her confirmation hearings before the U.S. Senate Judiciary Committee — that her love for the law dates back to her time as a child, when she would sit by her father as he studied while attending law school. Her mother was a school principal. Both were the first in their families to attend college — historically Black colleges and universities.

1988 — Jackson graduates from Miami Palmetto Senior High School, where she is class president and a star debater.

She attends Harvard University where, as a freshman, she confronts the display of a Confederate flag on campus.

1994 — Jackson returns to Cambridge, Massachusetts, to attend Harvard Law, serving as an editor of the Harvard Law Review.

1997 — Ketanji Brown Jackson clerks for Judge Bruce M. Selya of the U.S. Court of Appeals for the First Circuit.

1999 — She serves as a clerk on the Supreme Court for Breyer.

2000 — Jackson begins working for a private law firm in Boston.

She gives birth to her first daughter, Talia. Brown says in a 2017 speech at the University of Georgia School of Law that despite the firm’s support, she found “the demands of the billable hour are in constant conflict with the needs of your children and family responsibilities.”

2003 — Jackson joins the U.S. Sentencing Commission — a bipartisan agency in the judicial branch that develops federal sentencing policy — as an assistant special counsel.

2005 — She serves as a federal public defender in D.C., representing indigent clients and detainees held by the U.S. in Guantanamo Bay, Cuba. A Washington Post review of Jackson’s caseload, primarily appeals of convictions, shows she “won uncommon  victories against the government that shortened or erased lengthy prison terms.”

2010 — The Senate confirms Jackson with bipartisan support. In her time there, the commission largely focuses on sentencing disparities and ensuring federal sentences are just.

2012 — President Obama nominates Jackson to be a district court judge for the U.S. District Court for the District of Columbia. There is no Senate vote.

2013 — Jackson is again nominated by President Obama to fill a seat vacated by Henry Harold Kennedy Jr. She is confirmed by the Senate with bipartisan support two months later.

Among her notable rulings:

2016 — Begins six-year term on the Harvard Board of Overseers — the university’s second-highest governing body. 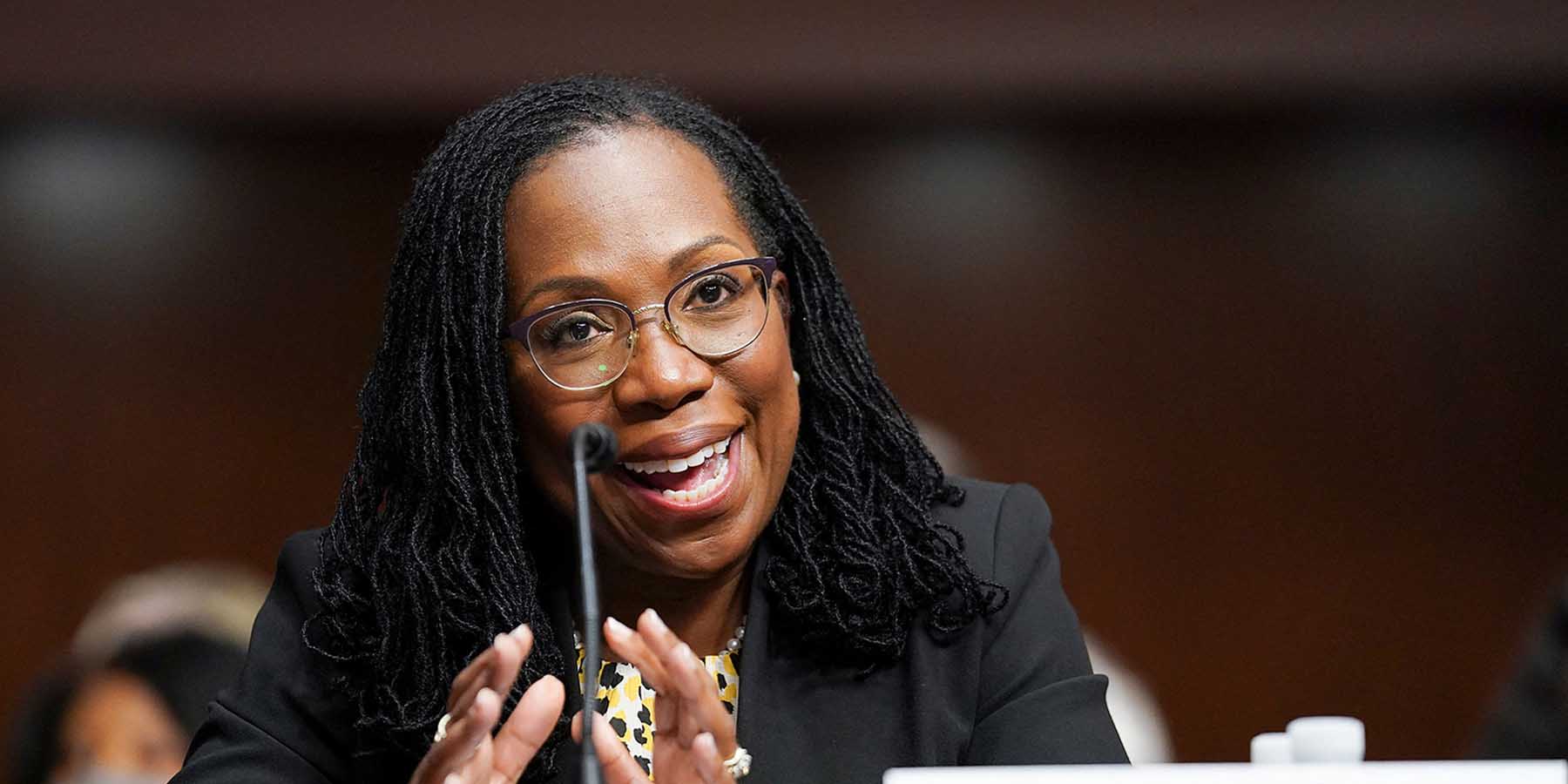 2021 — President Joe Biden nominates Jackson to serve on the U.S. Court of Appeals for the D.C. Circuit. The appeals court seat was being vacated by attorney general-designate Merrick Garland. Despite some concerns raised by U.S. Sen. Charles E. Grassley, Republican of Iowa, over her handling of detainees in Guantanamo, she is confirmed with a 53-44 vote.

The Senate Judiciary Committee, composed of 11 Democrats and 11 Republicans, tied 11-11 on approving the nomination of Jackson. The full Senate voted 53-47 to confirm Jackson.

During her confirmation hearing, Jackson responds to questions about her experience and her vision as a jurist. Some major topics were: