After a teacher sent Trey Clayton to the library because he would not sit in his assigned seat, an assistant principal angrily reprimanded him and ordered him to come to his office.

There, the administrator “struck Clayton three times on the buttocks with a paddle” with “excessive and great force,” according to a lawsuit Clayton and his mother filed. Following the incident, Clayton – an eighth grader in Tate County, Mississippi, at the time – fainted outside the administrator’s office and fell onto a concrete floor face first.

When he regained consciousness, “he was bleeding, five of his teeth were shattered, and, it was later determined, his jaw was broken,” according to a lawsuit filed after the March 2011 incident. The paddling left bruising and welts on the boy’s buttocks for days.

Clayton, whose jaw was wired shut, missed classes and tests, which the school refused to let him make up. He failed eighth grade, transferred to another school, and eventually dropped out.

While his mother had given the school permission to paddle him when it came down to a choice between corporal punishment or suspension, most parents would never imagine that their child would be brutalized and put in danger of this kind of physical harm for simply failing to sit in a chair.

In the wake of Ingraham v. Wright, approximately 70,000 K-12 public school students receive corporal punishment annually across the 19 states where the punishment is still legal, according to records from the U.S. Department of Education’s Civil Rights Data Collection for the 2017-18 school year. Southern states are home to the bulk of these instances.

It’s why as the world commemorates International Day to End Corporal Punishment of Children on April 30, the Southern Poverty Law Center, along with other organizations and people, are continuing their advocacy to stop a practice that, according to research, has resulted in thousands of students seeking medical treatment for physical injuries annually. However, it’s a challenging mission to rid public schools of the practice, as the pull of tradition seems to override evidence of its harm, particularly to students of color on which it’s used disproportionately. 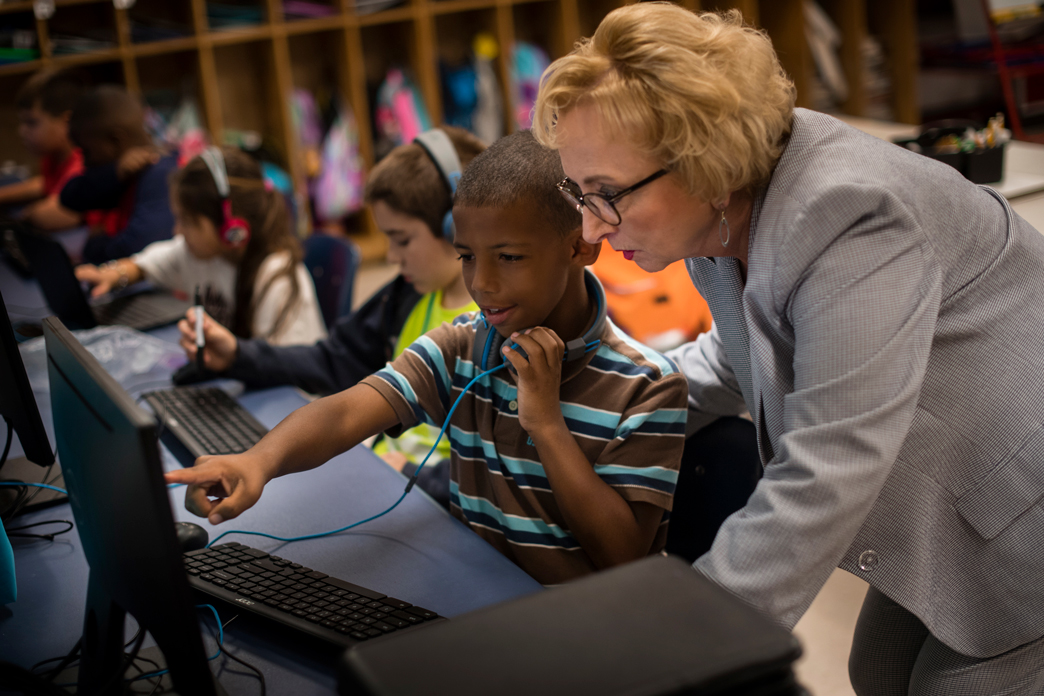 When it comes to corporal punishment, Mississippi also holds a unique distinction: The state is responsible for nearly 30% of all corporal punishment in the country, according to the U.S. Office of Civil Rights. Mississippi has consistently led the nation in cases of this type of punishment, which the American Academy of Pediatrics and the American Academy of Family Physicians call a “severe violation of children’s rights to respect for their human dignity … and freedom from torture, and other cruel, inhuman or degrading treatment.”

The state’s regulations for such settings repeatedly described corporal punishment as “maltreatment.” The report even noted other Southern states took a similar contradictory approach to corporal punishment, allowing it in public schools while barring it in other “non-school settings” due to its harm.

The Mississippi Coalition to End Corporal Punishment in Schools leads a raft of grassroots groups fighting to end the harmful practice in Mississippi public and charter schools and instead adopt alternative, nonviolent disciplinary methods. Member organizations that support the coalition include the American Federation of Teachers-MS and the NAACP Mississippi.

The SPLC and the Texas-based education research and policy nonprofit Intercultural Development Research Association are among organizations collaborating with the coalition on a Federal School Discipline and Climate national working group to achieve this shared goal.

Vestiges of slavery and Jim Crow

In addition to the physical and emotional trauma of corporal punishment, research shows that it is disproportionately used against Black children and children with disabilities.

Teachers, school administrators and athletic coaches corporally punished Black boys at nearly twice the rate of white boys and often for subjective infractions, according to the report by the SPLC and the UCLA Center for Civil Rights Remedies. Black girls receive corporal punishment at more than three times the rate of their white female classmates.

In many instances, parents allow their children to be punished physically to avoid what they perceive as even worse outcomes, experts say.

In her 2017 book, Spare the Kids: Why Whupping Children Won’t Save Black America, Stacey Patton asserts that Black parents who permit schools to use this punishment are perpetuating a choice born of slavery and Jim Crow law – not a cultural practice of West African parents before enslavement in the United States as some parents have erroneously claimed. Patton, a Howard University professor, author and journalist, focuses on corporal punishment of children, race and parenting.

“Throughout the Black experience, the cultural thinking of African American families was that a whupping from people who love you [was preferable] to their children receiving harsher punishment from whites,” Patton said. “The thinking was ‘If I beat my child he will survive to the end of the day, but if they are beaten at the hands of the KKK or white vigilantes, they could be seriously maimed or killed.’”

Patton devotes an entire chapter of her book to Mississippi. She notes that the state led the nation in lynching of Black people – 533 victims – between 1882 and 1946, and that most of the top 10 states where paddling still occurs were among the top 10 for lynching. Patton contends that if Black parents and ministers endorse physical punishment, it is because they have internalized racist messages that devalue and subjugate Black people from infancy.

Last year, Mississippi native and media titan Oprah Winfrey joined neuroscientist and psychiatrist Dr. Bruce Perry, one of the world’s leading experts on the physiological and psychological effects of trauma on the developing brain, to author the New York Times bestseller What Happened to You?: Conversations on Trauma, Resilience, and Healing.

“Children are particularly vulnerable to this type of punishment in school because they are in an environment that is supposed to be safe, where they are entrusted to a group of adults who they are supposed to learn from,” Perry told the SPLC. “And if they hurt you, you frequently don’t understand why. That can cause overwhelming stress and potentially a traumatizing experience.”

For advocates seeking to end the practice, there have been some encouraging signs. For example, the SPLC celebrated a victory in 2019 when Mississippi enacted a ban on the use of corporal punishment on children with disabilities.

However, the ban did not address racial disparities.

“There was controversy about the narrowness of that bill – that you could get white lawmakers on board because they might have a relationship to [a disabled child] but this still leaves many Black and Brown children susceptible to physical and mental harm, so it was a small step, but by no means did it go far enough,” said Bacardi Jackson, interim deputy legal director for the SPLC’s Children’s Rights Practice Group. “For those who pushed this strategy, the hope was that it would open the door and put the issue on the radar of legislators so that they would ban it altogether. We know we still must do more.”

At the federal level, the SPLC is supporting five proposed laws that seek healthier, safer school environments for children. One of them, The Protecting Our Students in Schools Act, would ban corporal punishment in schools receiving federal money and provide funding for school faculty training in alternative disciplinary methods, implicit bias training and racial trauma. De-escalation techniques used in prison and other volatile settings are among proven alternative disciplinary methods to deal with misbehavior.

It was introduced into both the House and Senate last year by U.S. Reps. Donald McEachin and Suzanne Bonamici and Sen. Chris Murphy. It’s backed by a broad coalition of some 60 groups. These include national, state and local organizations representing teachers, pediatricians, psychologists and disability advocates.

“The research and scientific evidence are irrefutable: Corporal punishment in the classroom leads to worse academic performance, physical and psychological trauma, and an unsafe environment for our students,” McEachin told the SPLC. “It is incredibly disconcerting that these practices disproportionately impact students of color and students with disabilities, and it is past time that it is put to an end.”

Ellen Reddy – an activist who has spent a decade trying to convince the state of Mississippi to ban the punishment and is pushing for a ban at the federal level – agrees.

In 2003, Reddy partnered with local grassroots organizations in collaboration with legal and advocacy groups such as the ACLU of Mississippi, the Mississippi Center for Justice and the SPLC to create the Mississippi Coalition for the Prevention of Schoolhouse to Jailhouse to identify and end the systemic factors contributing to the “pipeline” between schools and prisons.

‘No standing under the Constitution’

Bruce Rogow, the lawyer who unsuccessfully argued before the Supreme Court in Ingraham v. Wright, the case that allowed corporal punishment in schools, believes progress has been made despite the ruling.

“I think most school boards have done away with paddling so while we lost the case, for the most part we won the war in what, 95% of schools?” Rogow told the SPLC.

Photo at top: A paddle like this one is still used to punish children in schools. (Credit: iStock)